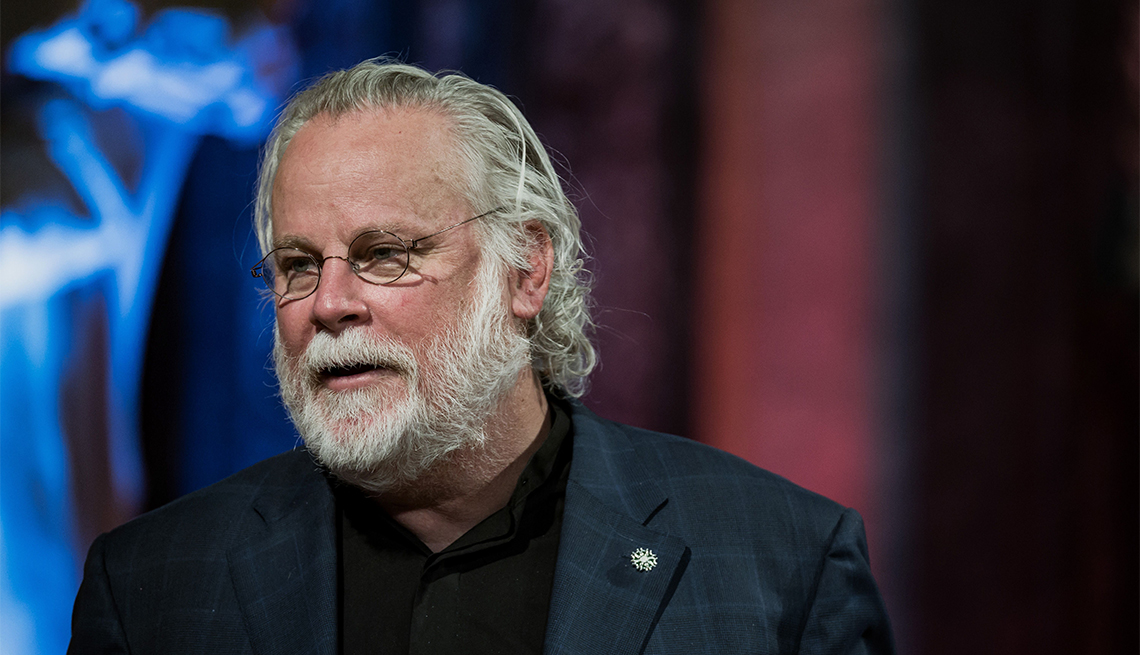 The best-selling author Michael Connelly, 63, has had plenty to do during the coronavirus outbreak while holed up in his California home — “in an area of Los Angeles called Studio City, just like Harry Bosch,” he says, referring to the fictional Los Angeles detective loved by his readers and viewers of Bosch, the Amazon series he inspired.

The author is busy writing his next book, another for his Lincoln Lawyer series, out this fall; preparing the next season of his podcast, Murder Book; and promoting his latest novel, Fair Warning (read our excerpt), which brings back crime reporter Jack McEvoy, a character Connelly's devoted fans know from his books The Poet (2002) and The Scarecrow (2009).

In Fair Warning, McEvoy begins investigating the mysterious and brutal murder of a woman he met just once, and discovers a string of other killings with strange similarities — all the victims had sent their DNA to a genetic testing site, for one — that suggest a seriously twisted criminal is on the loose, exploiting their not-very-protected private genetic data.

Connelly, a former crime reporter for the Los Angeles Times, talks with us about his new book, living and writing during the coronavirus pandemic, and the future of Harry Bosch.

Why he brought back Jack

I've used Jack sparingly over the years, but I use him with a purpose — usually to investigate some kind of technological advance. I also use him to take a temperature reading on where we are in terms of media. That really was the starting point for this book, because of what has happened in the last few years where the trust in media has been eroded … I just thought if I wrote about one person doing the job correctly, it would in some way reflect on what's important and good and needed.

That aspect of the story was inspired when I read a news story that the Pentagon had issued a command to military services not to submit their DNA to any kind of heritage service because of their concerns over security. So I did my research and I saw that there's not a lot of government oversight over these things. That's the kind of thing I do for many of my books. I like to look at advances in technology in society and then see who's undermining that, who's looking to turn it against us.

I've done that four times [published two books in one year], and three of those times happen to be when I've done Jack McEvoy books. I write those books faster because if I'm writing about, say, Harry Bosch or Mickey Haller [from the Lincoln Lawyer series], I have to step back and think, what would they do? What would they say? Sometimes I have to reach out to people who are lawyers or detectives and ask them. So it's a longer process. When I write about Jack McAvoy, he says what I would say, he does what I would do, so the books are written faster.

I was a reporter for 14 years and unfortunately I never solved any murders. And Jack has a knack for solving murders. So he's kind of a fantastical alter ego — he does stuff that I wish I did. Harry [Bosch] is not like me, at least when you read the first four or five books, and then over time, we started sharing stuff. I gave him a daughter who's the same age as my daughter, and, as the books have gone on in real time, his daughter is constantly inspired by my own daughter. So on the levels of fatherhood and outlook on the world, we're pretty much in line, but it depends on which book you read.

All I can say is I'm not finished writing about Harry Bosch. For the TV show, as of right now, I'm going to do one more and wrap it up. I'm really proud of it, and I think each season gets better, but there's something to be said about wrapping things up while you're on top. So it'll probably come to an end next year. There's something bittersweet about that, but I think it's a good way to go out.

Creating characters readers will care about

You have to have a character who's doesn't have it all together, because who does? I actually don't want to read about a perfect man or a perfect woman. It comes down to wanting something: Everybody who reads a book wants something in their life, is missing something in their life, and they want to read about characters who want something, and how they go about getting it is interesting. Early on in my career I read an interview with Kurt Vonnegut and he said, “The best advice I could give a writer is make sure everybody wants something on every page, even if it's just a cigarette.” What our desires are and how we go about fulfilling them is what it's about.

Incorporating the coronavirus into fiction

I'm writing a Lincoln Lawyer book right now that's supposed to come out in November, and I was already halfway through when all this came down. Every book I've published has been set in the year it was published, so I didn't write for a few weeks because I was kind of paralyzed by not knowing the ending of this pandemic. Like, how do I incorporate it into a book if I don't know the ending? I went back to page one, backed up and started writing. [It's set] during the early stages of the coronavirus, where there were warnings that were ignored by some and totally panicked others, and so I'm seeding the book with what was happening in January, and February, because that's what I do know.