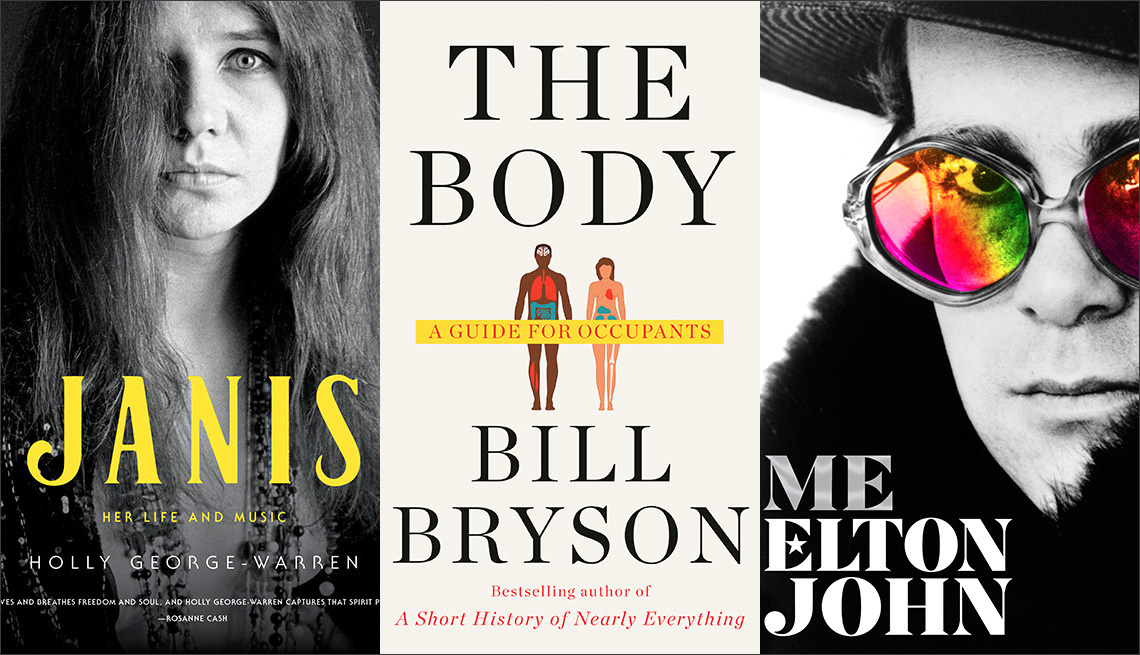 This season brings some wonderful offerings in nonfiction: Elton John’s memoir may be the splashiest, but music lovers can also look forward to an in-depth biography of the legendary Janis Joplin. Home chefs, meanwhile, will want to gobble up a thick new version of the home cook's bible, The Joy of Cooking. Some top picks for fall:

The Last Ocean: A Journey Through Memory and Forgetting

Even though it's out before fall, this book is well worth a bend in the rules. A beautifully written, thoughtful look at dementia, it explores what might be the best, most humane way to treat people as their dementia advances — a crucial question in an era when about 1 out of 6 people over 80 get the condition ("It's like there's a sniper in the garden,” the author writes). Gerrard, a British journalist and novelist whose father had dementia, offers particular empathy for family caregivers, who often find themselves with a deep sense of loss as their loved one's selfhood seems to slip away. 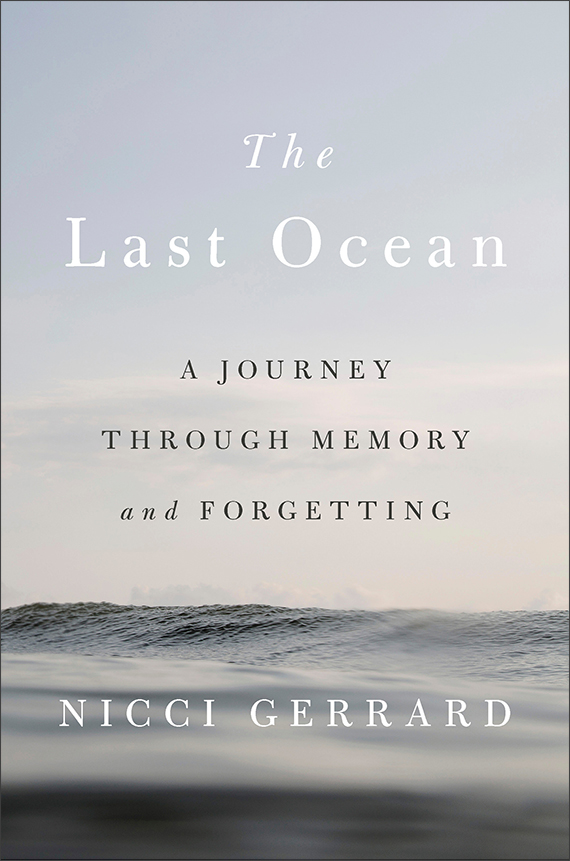 As the title suggests, this cultural history of Latin America is organized around three symbols: silver (exploitation), sword (violence) and stone (religion) — forces that, the book argues, have shaped the region for centuries. The author of the 2013 biography Bolívar and a 2001 National Book Award finalist for American Chica, Arana traces these symbols’ historical significance through the lens of the lives of three people: Leonor, a worker in Peru's gold mines; Carlos, one of the hundreds of criminals expelled from Cuba in 1980; and Xavier, a priest from Barcelona now living in Bolivia. Though she acknowledges that explaining a hemisphere and its people is “an impossible task, really, made more complicated by 500 years of skewed historical record,” she does an awfully good job of it. 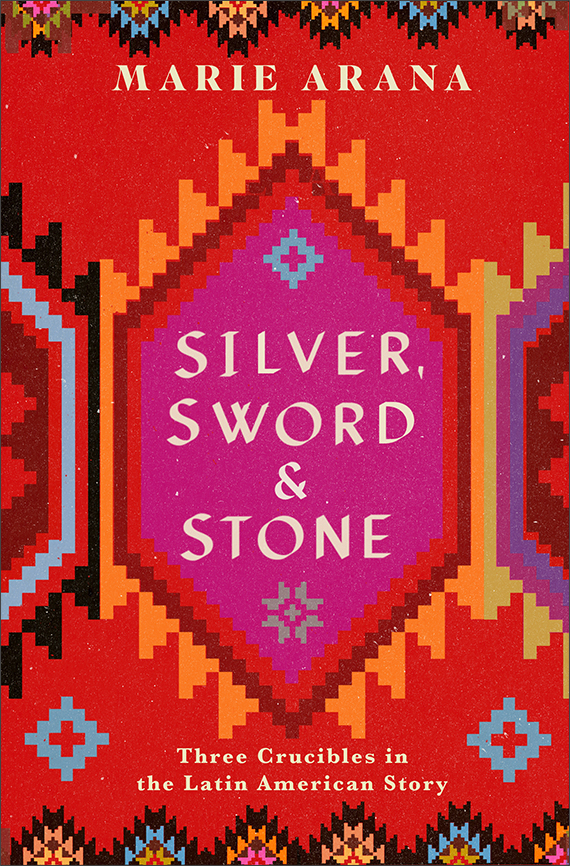 Talking to Strangers: What We Should Know About the People We Don't Know

The mega-best-selling explainer of why we do what we do — made famous by his books Blink, Outliers and The Tipping Point — Gladwell returns with a signature question: How well do people deal with the unfamiliar? (Answer: not very.) Drawing on provocative case studies from news and history, he explains how we can better understand strangers — while emphasizing the folly of thinking that “we can easily see into the hearts of others based on the flimsiest of clues." 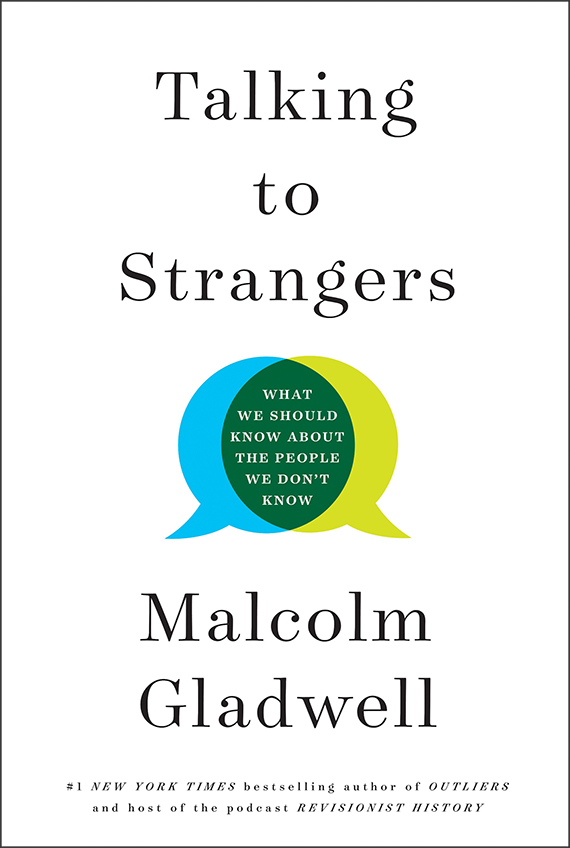 Burroughs, 53, found fame describing his epically bizarre childhood in his 2002 autobiography Running with Scissors. His latest memoir is definitely not as jaw-dropping in its revelations, but it does offer some funny-strange stories about his ever-colorful life — most notably that he (along with other members of his family) is a witch. Seriously. He'll explain. The book is also full of quirky tales about his and his husband's move from New York City to an old, very needy house in the country. 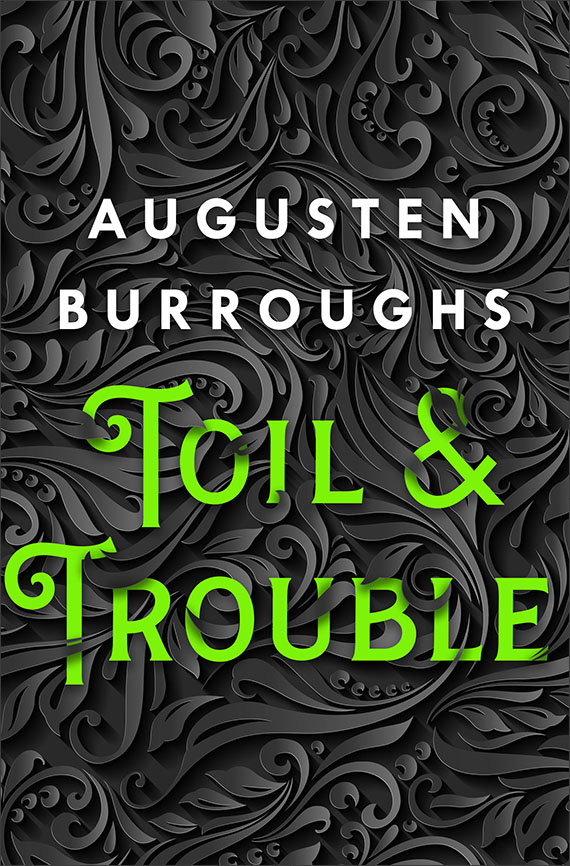 This splashy release is “a no-holds-barred account of Elton's life and work,” according to its publisher, which is keeping review copies under wraps until the book is released. The megastar's website suggests that it will include stories from his beginnings as a shy child, youthful rise to fame, decade-long struggle with drug addiction and then, later, getting clean, falling in love and becoming a father. John has said of his memoir, written with music journalist Alexis Petridis: “My life has been one helluva rollercoaster ride and it's still lumbering on. I hope readers will enjoy the ride too." 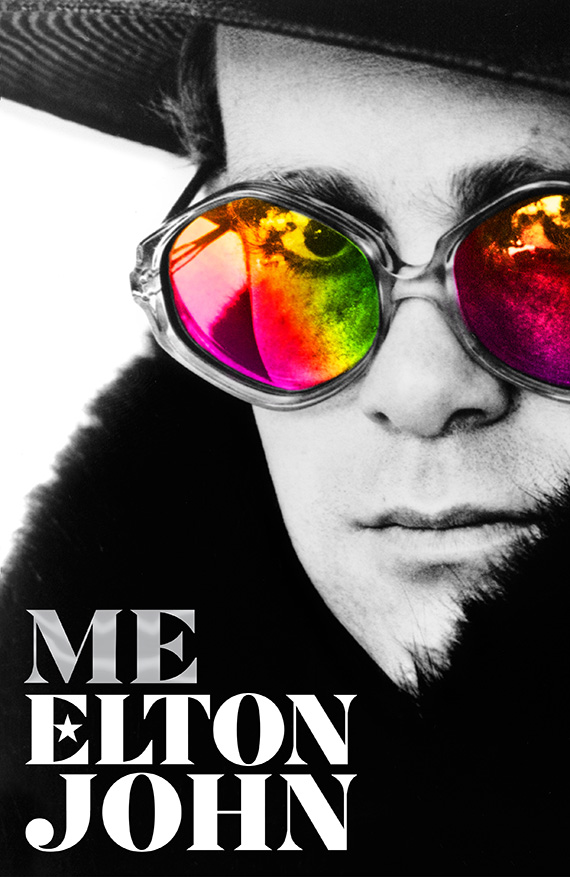 No Stopping Us Now: The Adventures of Older Women in American History

The New York Times columnist explores how older women have been defined and treated through U.S. history, from the labor-intensive colonial era — when “nobody was going to tell you to slow down because your hair was getting white” — to modern times. She includes plenty of dispiriting evidence that for centuries, rampant sexism and ageism have dampened older women's potential, but she also heralds the many women who successfully challenged society's strictures, and celebrates how far we've come. Now, for the first time in history, she concludes, we have the freedom to teach ourselves “how to get old in the best way possible." 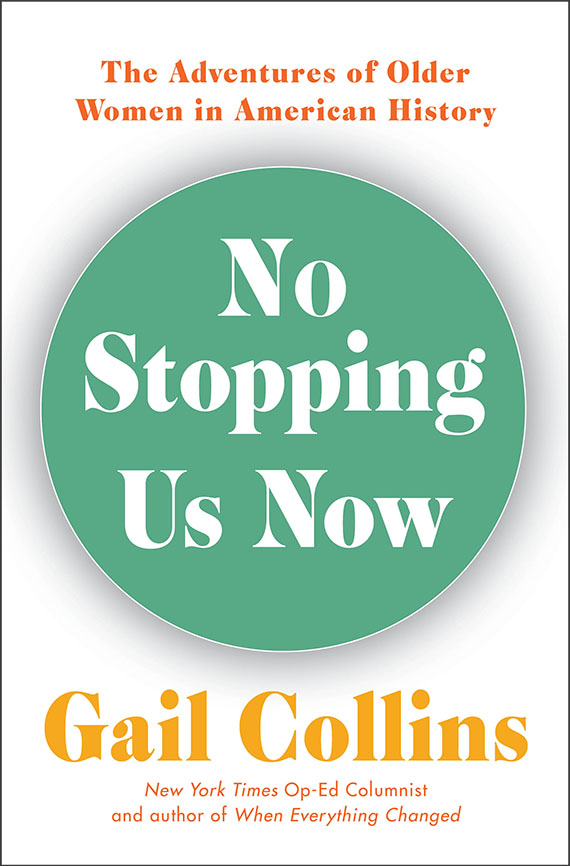 The Body: A Guide for Occupants

He's taken us for A Walk in the Woods; now the hugely best-selling author guides us through the human body — “the extraordinary contraption that is us.” Bryson dives into the mechanics of how it works, and sometimes doesn't work, from head to toe, describing it all with a sense of awe “that we are just a collection of inert components, the same stuff you would find in a pile of dirt.… That is the miracle of life.” Maybe less humorous than some of his other works, it's still an entertaining, fact-filled internal journey. 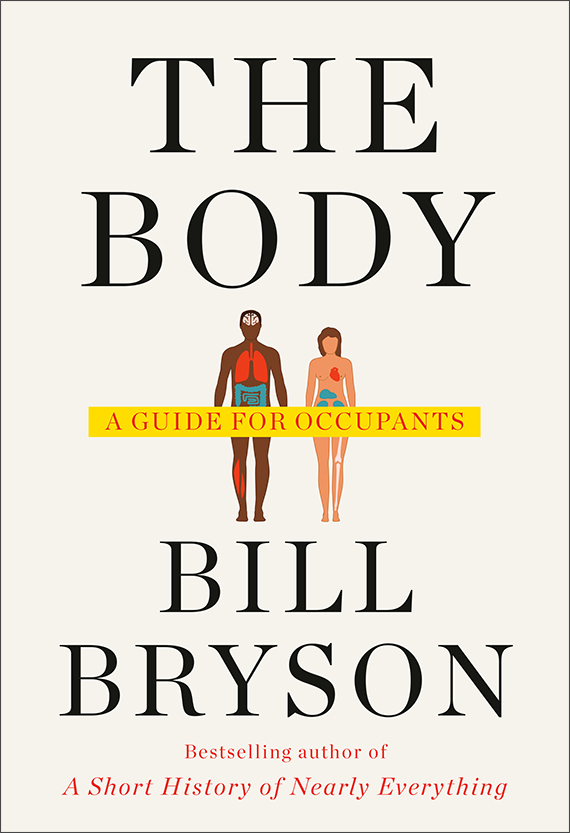 The Contender: The Story of Marlon Brando

Fifteen years after Marlon Brando's death, award-winning Hollywood historian Mann (biographer of stars such as Katharine Hepburn and Elizabeth Taylor) turns his attention to the elusive actor's life and legacy. Drawing on new source material, including personal files from the Brando estate, Mann examines his troubled upbringing and tumultuous personal life, revelatory performances in films like A Streetcar Named Desire, and political activism during the civil rights era. It's a humanizing portrait that doesn't shy away from the complexity of one of Hollywood's greatest stars. 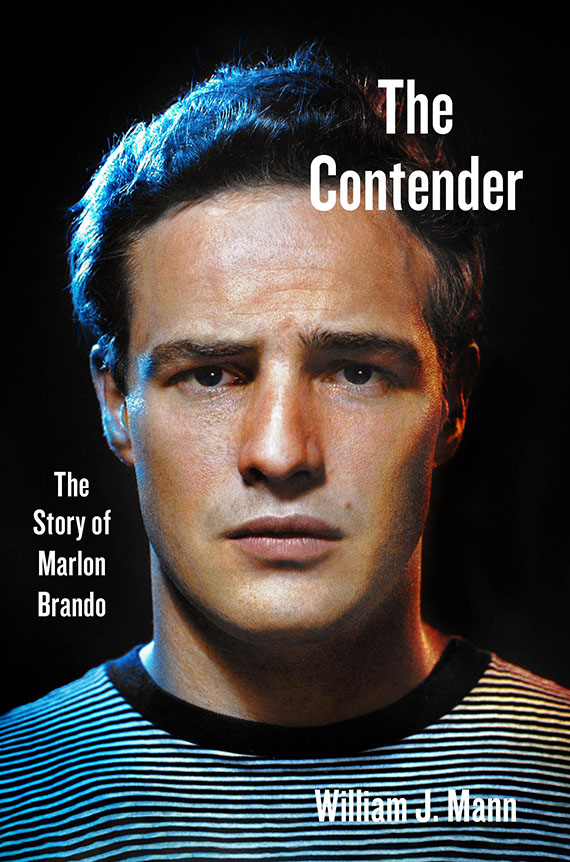 You know Thomas Edison as the inventor of the incandescent light bulb, but what about the phonograph, alkaline battery or early motion picture camera? He invented those, too. This painstakingly researched, sweeping new volume by Pulitzer Prize winner Edmund Morris (known for his biographies of Beethoven, Theodore Roosevelt and Ronald Reagan), who died in May, explores the full breadth of Edison's contributions to botany, chemistry, telegraphy and more. It is filled with quirky details, such as that in his later years he lived on only milk and a quarter of an orange every day. 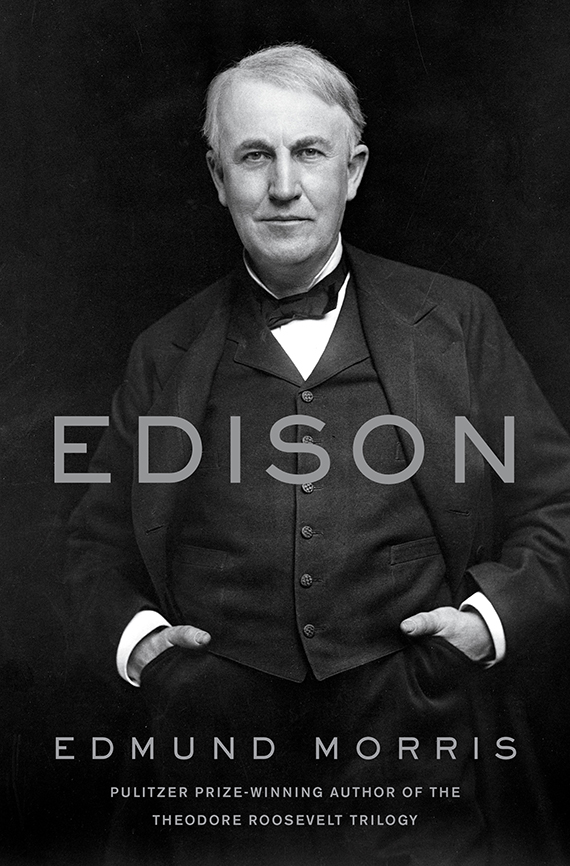 Janis: Her Life and Music

A must-read for music lovers, this biography explores how Janis Joplin, who died in 1970, became one the most influential musicians of her era and “America's first female rock star.” George-Warren describes Joplin's rebellious youth in Texas and eventual growth and recognition as an artist in a very male realm. That includes her June 1967 breakout performance in Monterey when, after her “astonishing” five-song set ended, George-Warren writes, “thousands of mind-blown fans — and hundreds of dazzled journalists — knew her name and fervently spread the news.” 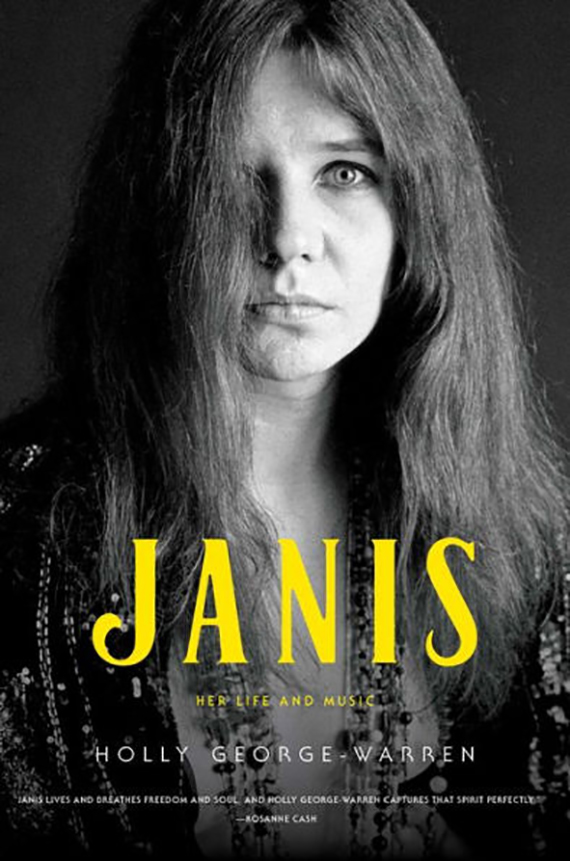 Owen, a staff writer for the New Yorker, succeeds in making a dry-sounding subject — hearing and what happens when we lose it — actually engaging. He describes his own experiences with tinnitus (a constant ringing in his ears similar to “the high-pitched droning of insects"), as well as those of people with different forms of hearing loss. On the brighter side, Volume Control details the many promising advances in hearing aid technology and hearing restoration research. It's an informative, sympathetic and eye-opening book, especially worth reading if you have any level of hearing impairment. 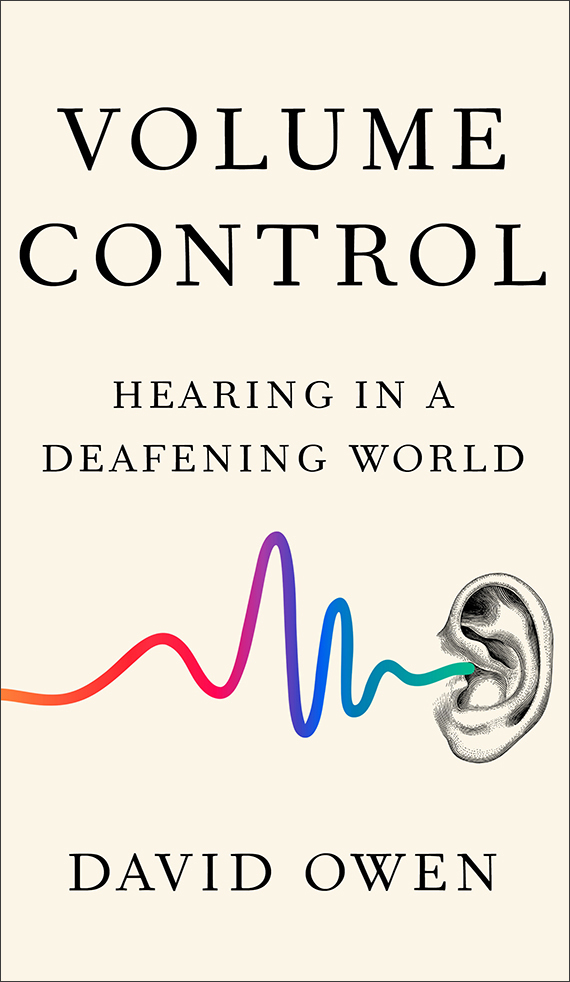 Home cooks, rejoice! Ninety years after Irma Rombauer first published her now-classic cookbook, it's been fully revised and updated by her great-grandson John Becker and his wife, Megan Scott — the first update since 2006. They've kept plenty of oldies, including Rombauer's foolproof formula for chocolate chip cookies, while adding more than 600 new recipes (vegans and vegetarians will be pleased), and updating many others with modern ingredients. 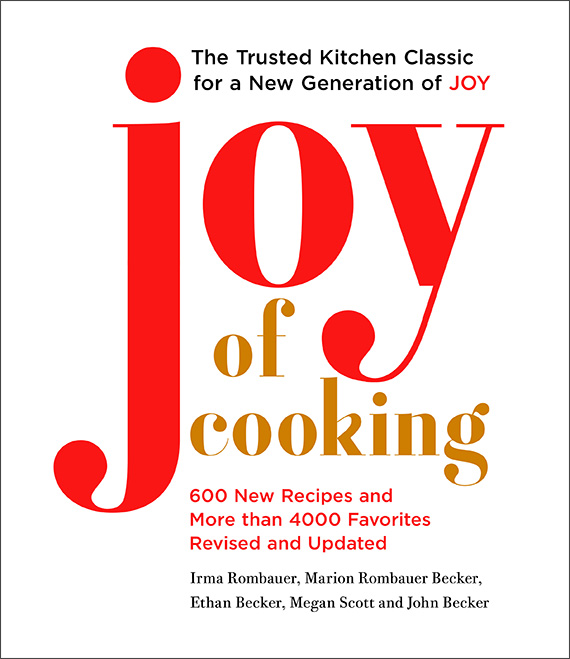