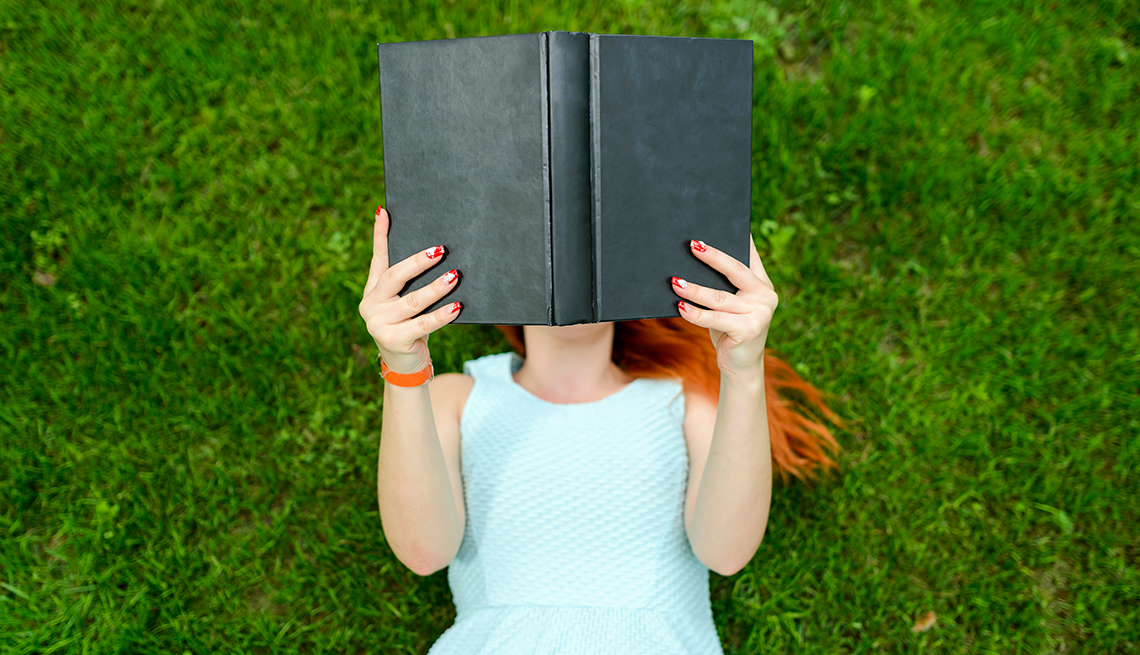 Take time to take a read of one of these fine Irish novels.

This 1999 page-turner by a superb Irish storyteller takes readers from a childhood in the Dublin slums at the dawn of the 20th century to Ireland's tumultuous years of political rebellion, and finally to the republic's independence in 1921. The protagonist, Henry Smart, joins the battle for nationhood, which grows brutal; he eventually becomes disillusioned by the violent fighting. It's an entertaining, sometimes grim, window into a key period in Ireland's modern history.

In the Woods by Tana French

An exploration of Ireland through the lens of a thriller, this mystery is set in suburban Dublin in the '80s — a world of neat semidetached houses with "ferociously trimmed shrubs," as French puts it. The best-selling writer's fast-paced debut from 2008 opens with a flashback to the long-ago disappearance of three children. Only one, Rob Ryan, was found — disoriented and traumatized. Ryan grows up to be a detective faced with a case that has echoes of his own. The American Library Association's Booklist magazine dubbed it "a superior novel about cops, murder, memory, relationships and modern Ireland."

The Secret Scripture by Sebastian Barry

This 2008 award winner focuses on a 100-year-old Irishwoman, Roseanne McNulty — played by Vanessa Redgrave in the 2016 movie version — who keeps a memoir hidden in the County Sligo mental hospital where she's been held for some 50 years. Rose's memories offer one version of her and her Protestant family's experiences during Ireland's political upheavals of the 1920s, while her doctor discovers there's far more to her story — including the surprising reason she was sent to the institution decades earlier.

Circle of Friends by Maeve Binchy

Binchy's world is an Ireland full of cozy little Irish towns and colorful characters. Circle of Friends is set in the 1950s and follows Benny and Eve — best friends despite widely different backgrounds — who eventually leave their small village of Knockglen for college in Dublin. A coming-of-age story that's full of romance and heartbreak, the 1990 book was adapted into a 1995 movie starring Minnie Driver as Benny and Chris O'Donnell as her love interest, Jack.

Amongst Women by John McGahern

Read 1990's Amongst Women for an evocative picture of family life in rural Ireland during the mid-20th century — a bucolic landscape of farmland, bubbly rivers and fields of wildflowers. In contrast, the central character, Michael Moran, is an embittered Irish Republican Army veteran who vents his frustrations on his young second wife and five children. As they grow into adulthood, the children wrestle with their need for independence and their loyalty toward their deeply troubled father (who, yes, is a metaphor for Ireland itself).

The Spinning Heart by Donal Ryan

You won't see Ryan's 2012 portrayal of the country on any postcards — but it's worth a read for anyone interested in the grittier, very real side of modern Ireland. The setting is a small town scarred by half-built housing developments, the grim reminder of the housing boom and subsequent financial collapse a few years ago. The story — told from 21 different characters' perspectives, all affected by the downturn in various ways — is a poignant look at the Celtic Tiger in troubled times.

If you're looking for a gripping historical epic set in Ireland — one that's a bit more readable than The Odyssey, say — try Strumpet City. Its central theme is the vast gap between the wealthy and the working class before and during a dramatic 1913 labor uprising in Dublin. The Irish Times has suggested that the 1969 book may be the Irish equivalent to the great American novel.

Any mention of Irish literature has to include Joyce. This semiautobiographical 1916 novel tells the story of Stephen Dedalus, whom we meet in a spartan Catholic boarding school at the end of the 1800s. It follows his journey to young adulthood in Dublin, where he rejects tradition for the freedom of a writer's life. Joyce uses his classic story to explore the particularly Irish tensions surrounding religion, family and independence.

Ireland: A Novel by Frank Delaney

A bit of the mystical side of old Ireland is beautifully captured in this beloved best-seller from 2004. Its premise: A 9-year-old country boy, Ronan O'Mara, is enthralled by a mysterious visitor who emerges from the fog and arrives at the O'Mara family's home. The man offers stories in exchange for a hot meal, and for several nights spins richly descriptive yarns featuring Irish folklore, legend and history. Ronan later spends years searching the country for the storyteller, wanting to recapture those magnificent tales where — in the way of the Irish — truth and myth swirl into one.