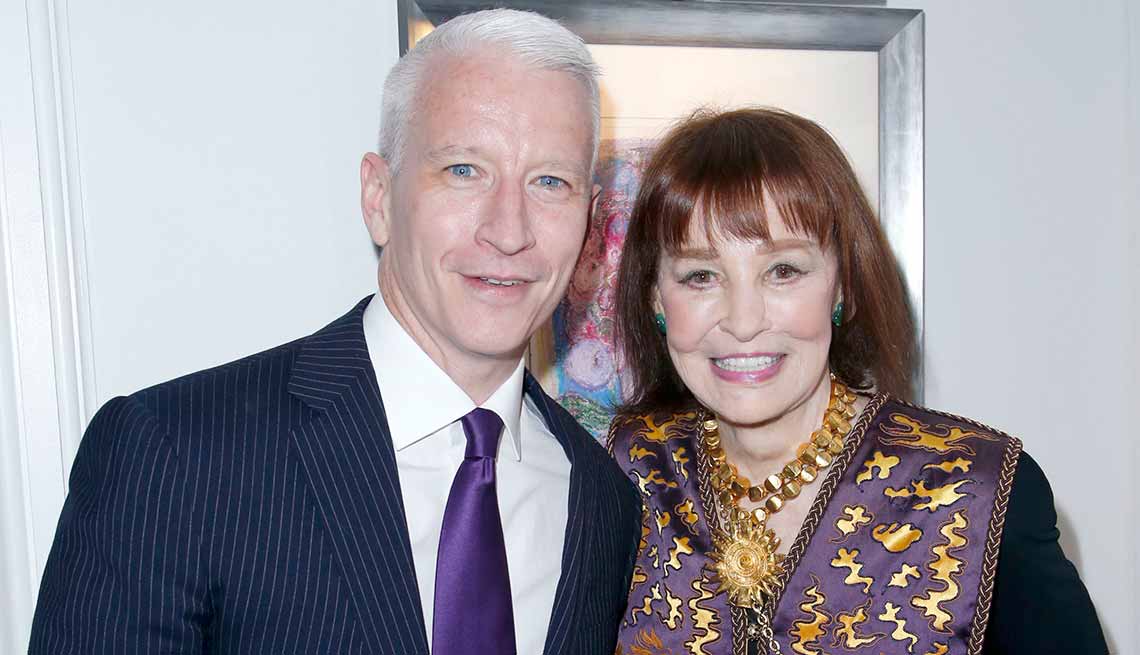 The mother-son bond has been a writer's gold mine since the New Testament. In that vein, this spring's The Rainbow Comes and Goes: A Mother and Son Talk about Life, Love, and Loss — co-authored by CNN anchor Anderson Cooper and his mother, Gloria Vanderbilt — yields plenty of glittering nuggets. Indeed, some of its drama verges on the biblical, notably the sensational 1930s custody battle that brought the young Vanderbilt international renown.

"We had the most extraordinary experience working on this," Vanderbilt says of the book. (A companion movie from HBO, Nothing Left Unsaid, premieres April 9.) "Anderson and I began exchanging emails, and they evolved into a book."

The result is a layered mix of reminiscences, heart-rending revelations and apologia, all captured with unsparing candor. Being labeled a "poor little rich girl" as a youngster, Vanderbilt reveals, "made me determined to make something of my life. To think that if you are from a wealthy family you should not want to achieve something on your own is a foreign idea to me."

So she threw herself into writing, modeling, designing and art; her paintings and other work will be featured in a New York City retrospective this spring.

Vanderbilt, now 92, dated a thoroughly smitten Howard Hughes — and, later, Frank Sinatra ("Divine!"). Among her four husbands was a conductor (Leopold Stokowski) and a film director (Sidney Lumet). Wyatt Cooper — Vanderbilt's fourth husband and Anderson's father — died of a heart ailment in 1978; he was just 50 years old. Convinced that Wyatt would have made the better parent, Vanderbilt confides in one email her wish that "it had been me who died instead of your father." 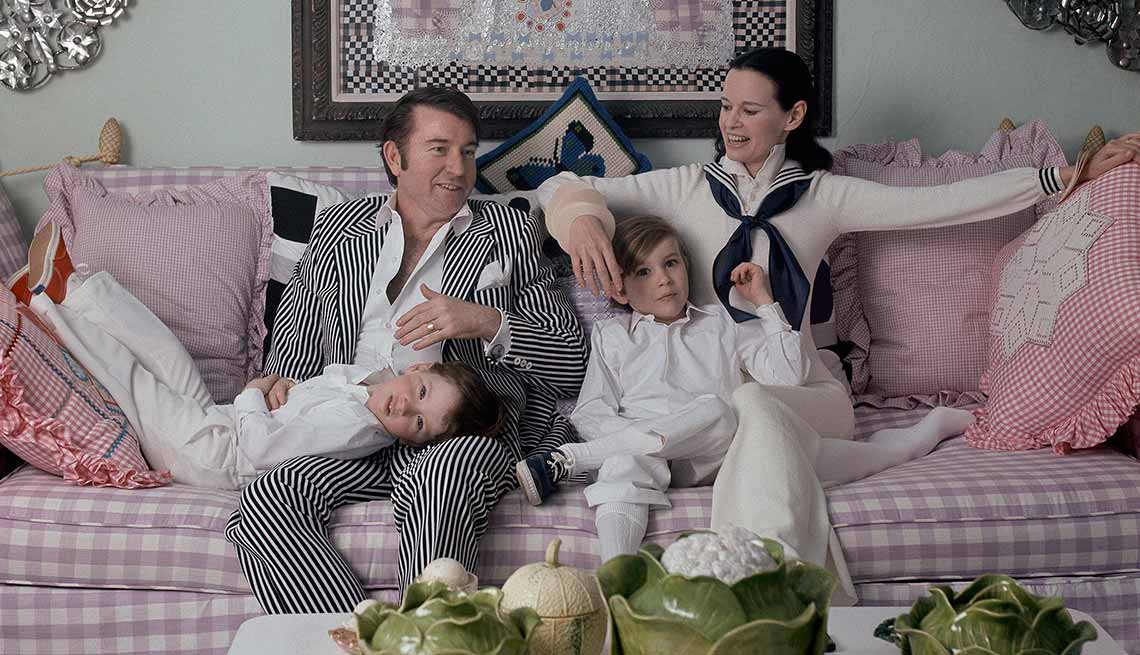 Gloria Vanderbilt with her family in NYC

In reply, Cooper, 48, shares a poignant confidence his all-business TV persona never would permit: "As much as I want to break out and laugh the way I once did," he muses, "I can't…with the abandon that child with a father once knew."

Indeed, abandonment is a shadow character throughout their extended dialogue, but lighter moments leaven the sadness. After Gloria introduced her famous line of blue jeans in the 1970s, for example, her sons would devilishly catalogue the number of butts they spotted each day bearing the name "Vanderbilt."

Member Discounts: Save 25% or more when buying tickets in groups of four

Anderson's older brother, Carter, committed suicide at 23 in 1988. "Because I was grieving after Carter's death and worried about my own survival," Cooper confesses in The Rainbow, "I felt compelled to go to places [in the world] where there was suffering and loss, where the pain outside would match the pain I was feeling inside. I wasn't sure I could survive, and I wanted to learn from others how they were surviving."

More revelations ensue as The Rainbow details Vanderbilt's early marriage to an abusive husband. "I was so ashamed that it was hard to admit not just that it was happening but that I was allowing it to happen," says Vanderbilt today. "To anyone in an abusive relationship, I say, 'Think of yourself. You think it's not going to happen again, but it's not going to stop — you have to get out as fast as you can!'"

Rainbows may in fact come and go, but this revealing take on the forces that shaped two dynamic lives promises to have real staying power.