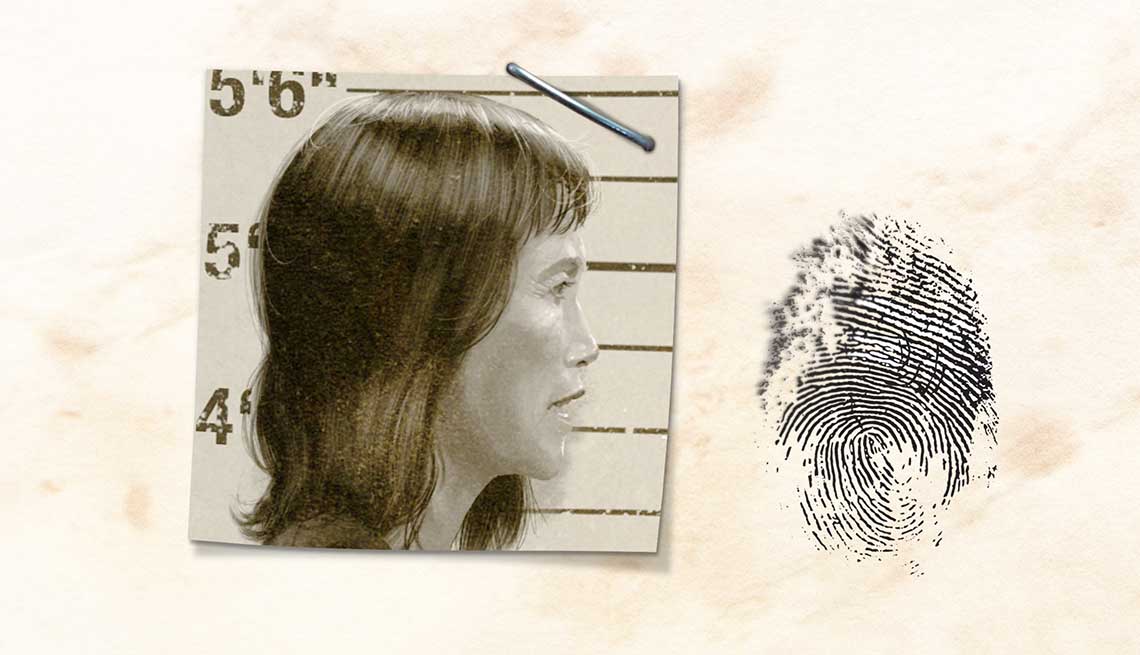 It was the mailman who called it in. Eleven fifteen a.m., shaky voice on a cell phone: I'm on Sanborn Avenue, West Roxbury, 02132. The dog — I saw the dog in the window ... and that's how it came to the attention of Boston PD. A cascade of events that started with an alert mail carrier, one in an army of foot soldiers deployed six days a week in neighborhoods across America. They are the eyes of the nation, sometimes the only eyes that notice which elderly widow has not collected her mail, which old bachelor doesn't answer his doorbell, and which porch has a yellowing pile of newspapers.

The first clue that something was amiss inside the large house on Sanborn Avenue, zip code 02132, was the overstuffed mailbox, something that U.S. postal carrier Luis Muniz first noticed on day number two. Two days' worth of uncollected mail wasn't necessarily a cause for alarm. People go away for the weekend. People forget to request a hold on home delivery.

But on day number three, Muniz started to worry.

On day number four, when Muniz opened the mailbox and found it still jam-packed with catalogs and magazines and bills, he knew he had to take action.

"So he knocks on the front door," said Patrolman Gary Root. "Nobody answers. He figures he'll check with the next-door neighbor, see if she knows what's going on. Then he looks in the window and spots the dog."

"That dog over there?" asked Detective Jane Rizzoli, pointing to a friendly-looking golden retriever who was now tied to the mailbox.

"Yeah, that's him. The tag on his collar says his name's Bruno. I took him outta the house, before he could do any more ... " Patrolman Root swallowed. "Damage."

"And the mail carrier? Where's he?"

"Took the rest of the day off. Probably getting a stiff drink somewhere. I got his contact info, but he probably can't tell you much more than what I just told you. He never went inside the house, just called nine one one. I was first on the scene, found the front door unlocked. Walked in and ..." He shook his head. "Wish I hadn't."

"You talk to anyone else?"

"The nice lady next door. She came out when she saw the cruisers parked out here, wanted to know what was going on. All I told her was that her neighbor was dead."

Jane turned and faced the house where Bruno the friendly retriever had been trapped. It was an older two-story, single-family home with a porch, a two-car garage, and mature trees in front. The garage door was closed, and a black Ford Explorer, registered to the homeowner, was parked in the driveway. This morning, there would have been nothing to distinguish the residence from the other well-kept houses on Sanborn Avenue, nothing that would catch a cop's eye and make him think: Wait a minute, there's something wrong here. But now there were two patrol cars parked at the curb, rack lights flashing, which made it obvious to anyone passing by that yes, something was very wrong here. Something that Jane and her partner, Barry Frost, were about to confront. Across the street, a gathering crowd of neighbors stood gaping at the house. Had any of them noticed the occupant hadn't been seen in a few days, hadn't walked his dog or picked up his mail? Now they were probably telling one another: Yeah, I knew something wasn't right. Everyone's brilliant in retrospect.

"You want to walk us through the house?" Frost asked Patrolman Root.

"You know what?" said Root. "I'd rather not. I finally got the smell outta my nose, and I don't care for another whiff of it."

"I was in there maybe thirty seconds, tops. My partner didn't last even that long. It's not like there's anything in there I need to point out to you. You can't miss it." He looked at the golden retriever, who responded with a playful bark. "Poor pup, trapped in there with nothing to eat. I know he had no choice, but still . . ."

Jane glanced at Frost, who was staring at the house like a condemned prisoner facing the gallows. "What'd you have for lunch?" she asked him.

"Hope you enjoyed it."

They climbed the porch steps and paused to pull on gloves and shoe covers. "You know," she said, "there's this pill called Compazine."

They looked at each other and she saw him take a deep breath, just as she was doing. One last gulp of clean air. With a gloved hand, she opened the door, and they stepped inside. Frost lifted his arm to cover his nose, blocking the smell that they were far too familiar with. Whether you called it cadaverine or putrescine, or any other chemical name, it all came down to the stench of death. But it was not the smell that made Jane and Frost pause just inside the door; it was what they saw hanging on the walls.

Everywhere they looked, eyes stared back at them. A whole gallery of the dead, confronting these new intruders.

"Jesus," murmured Frost. "Was he some kind of big-game hunter?"

"Well, that is definitely big game," said Jane, staring up at the mounted head of a rhino, and wondering what kind of bullet it took to kill such a creature. Or the Cape buffalo beside it. She moved slowly past the row of trophies, her shoe covers swishing across the wood floor, gaping at animal heads so life-like she almost expected the lion to roar. "Are these even legal? Who the hell shoots a leopard these days?"

"Look. The dog wasn't the only pet running around in here."

A variety of reddish-brown paw prints tracked across the wood floor. The larger set would match Bruno, the golden retriever, but there were smaller prints as well, dotted throughout the room. Brown smears on the windowsill marked where Bruno had propped up his front paws to look out at the mail carrier. But it wasn't merely the sight of a dog that caused Luis Muniz to dial 911; it was what protruded from that dog's mouth.

She and Frost followed the trail of paw prints, passing beneath the glassy eyes of a zebra and a lion, a hyena and a warthog. This collector did not discriminate by size; even the smallest creatures had their ignominious place on these walls, including four mice posed with tiny china cups, seated around a miniature table. A Mad Hatter's grotesque tea party.