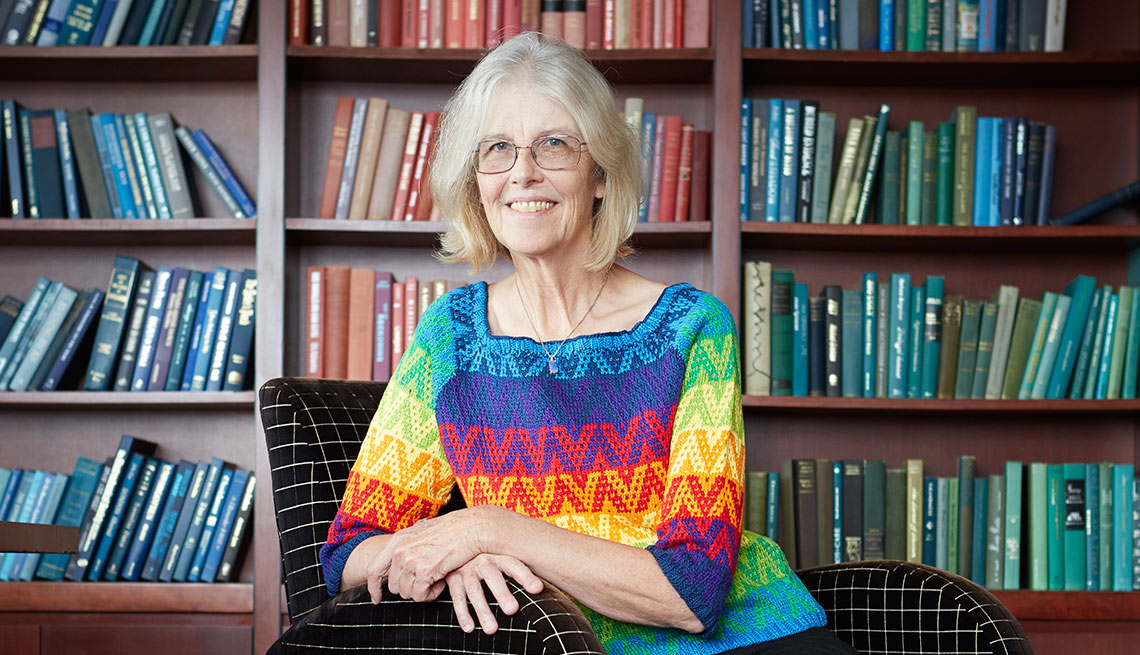 A: Yes, I went to an earlier one. But I am really excited to come to Washington, D.C. this time. My daughter lives in Washington, and she has a 5-month-old baby girl named Veronica — my first grandchild!

Q: Do you go to a lot of book festivals?

A: It varies from year to year. Book festivals are a gathering of people — both readers and writers — who love books. And I love books. I love to run into other authors. I love to have an audience, obviously. I don't live in a "booky" sort of world. I live in the countryside outside of Carmel, Calif. — cowboy country. [A passionate rider, Smiley has four horses and three dogs.] A lot of authors are from my area, but they are all dead — there's Robert Louis Stevenson [who lived in Monterey in the late 1870s] and John Steinbeck, but there aren't too many authors to hang out with.

Q: You have set much of your fiction — such as A Thousand Acres [a retelling of Shakespeare's King Lear that's set on a farm] and your new Last Hundred Years trilogy, Some Luck, Early Warning and Golden Age, out this October — in Iowa. Tell us about your connection to the Hawkeye State.

A: When I first moved to Iowa in 1972, my husband and I chose to live in an old farmhouse about 30 miles southwest of Iowa City. It was real farm country, and there was the Amish settlement Kalona. I used to look at everything that was going on. If you grow up St. Louis [where Smiley grew up], you think about how important you are — you don't think about farming. It just stayed with me. [Smiley lived in Iowa for 24 years, from 1972 through 1996.]

Q: Why is farming important?

A: Every culture has its traditional foods and its traditional farming practices — when you go to France, every time you put a fork in your mouth, you know you're in France — and it's the same thing in Italy and England. But because the food traditions here aren't as deep or long as they are in those other countries, we are more open to seeing food as a profit engine rather than sustenance. In my trilogy, I wanted to explore what that means to a farmer and what happens when he loses his connection to the land. The way the culture feeds itself is essentially how we think about ourselves.

Q: People are utterly charmed that you dedicated Some Luck, the first novel in your new Last Hundred Years trilogy, to your four husbands.

A: Well, I have stayed on good terms with them — more or less. [Smiley has three children and three exes]. One time I came home from a book tour, and I found my third and my fourth husbands watching a football game in the living room.

Q: Share with us some of the books that have shaped you.

A: Normally, I name three books that I read in eighth and ninth grades: David Copperfield by Charles Dickens — I read it in two days! — Giants in the Earth by Norwegian American author Ole Edvart Rølvaag, and a book in biology class about the idea of ecology and how the natural world was an interconnected world. That's what a novelist needs to believe — that everything is connected.

Q: You are a remarkably productive writer: an epic set in Iceland, The Greenlanders, which Jonathan Franzen told the New York Times was one of the two or three best American novels of the last 30 years; nonfiction; and a series for children about horses — 25 books in all. Do you ever struggle with writer's block?

A: That is how I make a living. I am quite practical about it. I am totally not a perfectionist. I know I have to produce something. I know it doesn't have to be perfect, I just have to get it on the page. If I get it on the page, then I can come back and fix it. If I don't get it on page, I can't fix it.

Q: Do you have a writing schedule?

A: I don't have a set schedule, but I do it every day. I have no reluctance. I like to write. It draws me to it.