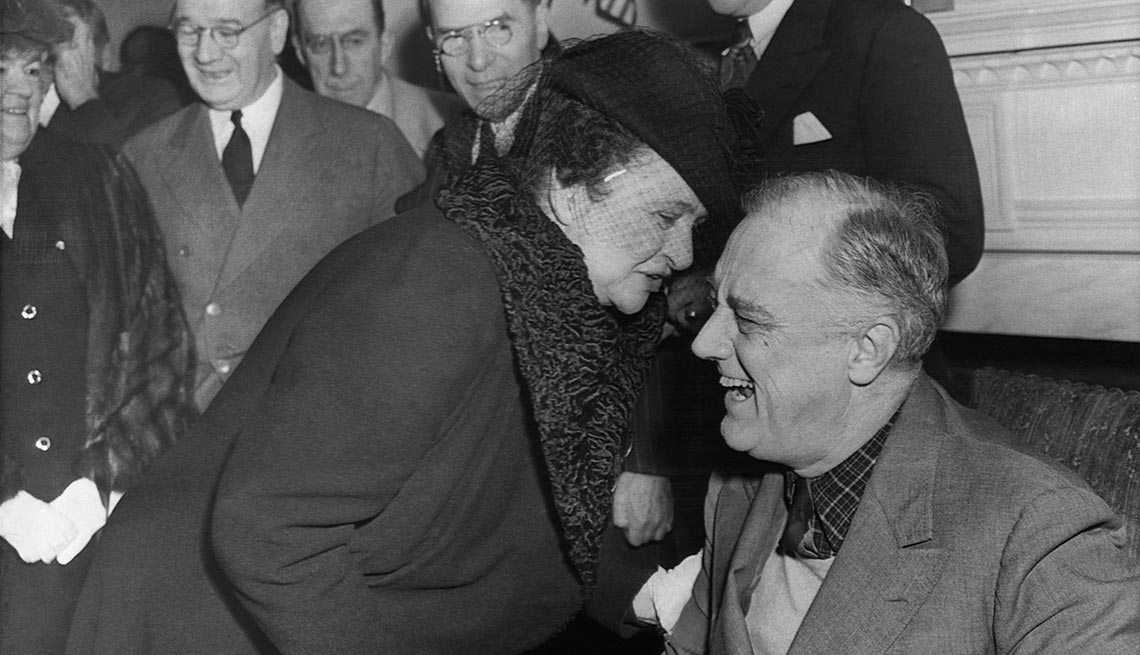 In his new book, 'The Road to Character,' pundit David Brooks explains how Frances Perkins, the architect of the 1935 Social Security Act, was forged by a horrific fire

Today, the area around Washington Square Park in lower Manhattan is surrounded by New York University, expensive apartments, and upscale stores. But back in 1911, there were nice brownstones on the northern side of the park and factories on its eastern and southern sides, drawing young and mostly Jewish and Italian immigrant workers. One of the nice homes was owned by Mrs. Gordon Norrie, a society matron descended from two of the men who had signed the Declaration of Independence.

On March 25, Mrs. Norrie was just sitting down to tea with a group of friends when they heard a commotion outside. One of her guests, Frances Perkins, then 31, was from an old but middle-class Maine family, which could also trace its lineage back to the time of the Revolution. She had attended Mount Holyoke College and was working at the Consumers' League of New York, lobbying to end child labor. Perkins spoke in the upper-crust tones befitting her upbringing — like Margaret Dumont in the old Marx Brothers movies or Mrs. Thurston Howell III — with long flat a's, dropped r's, and rounded vowels, "tomaahhhto" for "tomato."

A butler rushed in and announced that there was a fire near the square. The ladies ran out. Perkins lifted up her skirts and sprinted toward it. They had stumbled upon the Triangle Shirtwaist Factory, one of the most famous fires in American history. Perkins could see the eighth, ninth, and tenth floors of the building ablaze and dozens of workers crowding around the open windows. She joined the throng of horrified onlookers on the sidewalk below.

Some saw what they thought were bundles of fabric falling from the windows. They thought the factory owners were saving their best material. As the bundles continued to fall, the onlookers realized they were not bundles at all. They were people, hurling themselves to their death. "People had just begun to jump as we got there," Perkins would later remember. "They had been holding on until that time, standing in the windowsills, being crowded by others behind them, the fire pressing closer and closer, the smoke closer and closer.

"They began to jump. The window was too crowded and they would jump and hit the sidewalk," she recalled. "Every one of them was killed, everybody who jumped was killed. It was a horrifying spectacle."

Perkins and the others screamed up to them, "Don't jump! Help is coming." It wasn't. The flames were roasting them from behind. Forty-seven people ended up jumping.

The fire and its aftershocks left a deep mark on Frances Perkins. Up until that point she had lobbied for worker rights and on behalf of the poor, but she had been on a conventional trajectory, toward a conventional marriage, perhaps, and a life of genteel good works. After the fire, what had been a career turned into a vocation. Moral indignation set her on a different course. Her own desires and her ego became less central and the cause itself became more central to the structure of her life. The niceties of her class fell away. She became impatient with the way genteel progressives went about serving the poor. She became impatient with their prissiness, their desire to stay pure and above the fray. Perkins hardened. She threw herself into the rough and tumble of politics. She was willing to take morally hazardous action if it would prevent another catastrophe like the one that befell the women at the Triangle factory. She was willing to compromise and work with corrupt officials if it would produce results. She pinioned herself to this cause for the rest of her life.