The attempted assassination of President Ronald Reagan occurred on March 30, 1981.

John Hinckley is hungry. He turns off the Today show in his AAA-approved budget hotel room and steps out onto the corner of 18th and G streets. The sky is overcast. A light rain settles on Hinckley's well-worn beige jacket as he strolls three blocks to the K Street McDonald's. He did not sleep well last night, troubled by how to play out his Jodie Foster obsession once and for all. Money is also on his mind. Once again, Hinckley is almost broke. After spending $47 on his room last night, and then spending a dollar for breakfast, he has less than $130 to his name. This is barely enough for a ticket back home to Denver, but John Hinckley does not care. He will never return to that home again.

Two blocks away in the White House, President Ronald Reagan is just concluding a ceremonial 14-minute meeting in the Cabinet Room with a group of Hispanic leaders. It has been a long morning, beginning with a breakfast for his political appointees in the Blue Room at 8:34, then a 15-minute session with his top advisers. Four more meetings round out the morning, each with a cast of dignitaries and administration officials. Among them is a relatively new face: James Brady, Reagan's recently hired press secretary.

As the president eats lunch, John Hinckley is taking a shower. He is deep in thought as the water beats down on him. An item on page A-4 in the Washington Star has caught his eye. Under the heading "President's Schedule," the piece mentions that Ronald Reagan will be giving a speech at the Washington Hilton this afternoon. 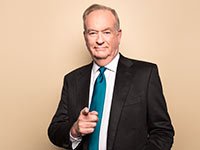 Hinckley rinses off the soap and turns off the water. His mind is made up. He is going to the Hilton. He towels off and gets dressed in a pair of simple trousers, a shirt and ankle-high boots. His wallet contains $129 in cash along with two library cards, a Texas driver's license, a chess club membership and folded magazine photos of Jodie Foster. There is no guarantee he will fire his gun this afternoon, but if he does get close enough to squeeze off a round, John Hinckley wants Jodie Foster to know he is doing it for her. He sits down at a small wooden desk and composes a letter to his beloved: "Dear Jodie," he writes. "There is a definite possibility I will be killed in my attempt to get Reagan. This is why I am writing you this letter now."

John Hinckley stands and removes the Saturday Night Special from his suitcase, along with boxes of ammunition. Several types of bullets soon litter his bedspread. Hinckley has the choice of normal, round-nosed bullets or six rounds of an especially brutal bullet designed to blow a hole in the target by exploding on impact, spewing hot shrapnel.

Appropriately, these bullets are known as Devastators. Armed and dangerous, Hinckley then takes a cab for the short ride to the Washington Hilton. A small crowd of seven journalists and a dozen eager spectators await Ronald Reagan's arrival.

Pistol snug in his jacket pocket, John Hinckley joins the crowd. The time is 1:46 p.m.

At 1:51 p.m., the presidential motorcade arrives at the Hilton.

John Hinckley stands in the crowd of spectators behind the security rope, watching the motorcade approach. The main entrance of the Hilton is behind him. The president will not enter through this door. Instead, he will use the canopy-covered VIP entrance just 40 feet away.

The would-be assassin feels an unlikely burst of excitement at the prospect of seeing Reagan in person. Hinckley pats the pistol in his right pocket. Ample time at the rifle range has prepared him for what is to come.

Hinckley surveys the scene, seeing ABC newsman Sam Donaldson, among others. More than two dozen Secret Service agents stand ready to protect the president. Hotel security and Washington police also crowd around the Hilton, including two police officers facing the crowd on the other side of the security rope. Hinckley notices that there are some Secret Service agents on nearby rooftops.

Suddenly, President Reagan's limousine glides past the security rope and comes to a halt just outside the VIP entrance. An agent steps out the front passenger door and hustles to open Reagan's door on the right rear side of the vehicle. Quickly, the president emerges into the afternoon drizzle, taking a moment to wave to the crowd. The gun John Hinckley used in the attempted assassination of President Reagan.

D.C. police officers Herbert Granger and Thomas Delahanty are working the security rope and should be facing toward the crowd, looking for signs of trouble. Instead, they crane their necks to the left to see the president.

This is the perfect time for John Hinckley to shoot.

But he does not.

"He was looking right at me and I waved back," Hinckley will recall. "I was kind of startled."

In the blink of an eye, Reagan is inside the building.

The time is 2:02 p.m. Reagan bounds onto the stage to the strains of "Hail to the Chief" and then launches into his speech. Ronald Reagan enjoys public speaking. It comes easily to him. He begins his speech, as usual, with a joke.

John Hinckley hears laughter coming from the ballroom. He has left the security rope to step inside the Hilton and wander around the lobby. "Should I? Should I?" he asks himself repeatedly, feeling the heft of the Saturday Night Special in his pocket.

Hinckley makes up his mind: He will go back to the spectator area and wait. If Reagan does not appear in 10 minutes, Hinckley tells himself, he will leave.

The time is 2:19 p.m. Ronald Reagan has five minutes left in his speech.

John Hinckley is back in the spectator area outside the Hilton.

The gunman notices immediately that the Secret Service has moved Ronald Reagan's limousine to facilitate an easier departure from the hotel. Rather than being parked just outside the VIP entrance, it is now standing so close to the security rope that the right rear bumper almost touches the spectator area. Ronald Reagan will enter the Lincoln not 40 feet but just 10 feet away from where John Hinckley now stands. The bullet used in the attempted assassination of President Reagan.

All at once, Hinckley is jostled. Newsmen are pushing to get a better position in order to ask Reagan questions. Hinckley is outraged, shouting to the other spectators that the media should not be allowed to push their way to the front of the crowd. But then it becomes clear to him that the press is providing a vital distraction.

Everyone is paying attention to the media.

No one is paying attention to John Hinckley.

The president leaves the stage and immediately follows his Secret Service escort to the car. Press Secretary James Brady stands just inside the VIP door with Deputy Chief of Staff Michael Deaver as Reagan approaches. A wave of Secret Service agents rushes past Brady, taking up their positions near the limousine. Agent Tim McCarthy is tasked with opening the right rear door for Reagan.

James Brady steps out of the VIP entrance before his boss, walking next to Deaver. The president has chosen not to take questions, so Brady will now speak with the reporters himself.

Agent McCarthy opens the right rear door of the limo. Brady stands 10 feet from him, walking quickly to the security rope to meet with the press. McCarthy stands ready to close the door behind Reagan, unsure if the president will linger to wave to the crowd before getting inside the car.

The president raises his right arm and waves to the crowd. A woman calls out from the spectator area as if she knows him. A friendly Reagan motions in her direction. Normally the president wears a bulletproof vest when appearing in public, but the walk from the door to the car is so short that the Secret Service did not think he needed it today. John Hinckley braces his right arm against the rough stone wall, dropping his hand into his pocket. Quickly, he pulls the gun out.

Just as he has done so many times at the firing range, Hinckley grasps the butt of the pistol with two hands for maximum stability. He bends his knees and drops into a shooter's crouch, then extends both arms and pulls the trigger.

The first bullet hits James Brady square in the head, just above the left eye. He falls face-first to the sidewalk, his blood dripping through a sidewalk grate.

The second shot strikes Washington Metro police officer Thomas K. Delahanty in the neck, ricocheting off his spine and lodging against the spinal column. He falls to the ground in agony, screaming.

The third shot goes wild, hitting no one.

The fourth shot strikes Secret Service agent Tim McCarthy in the torso. He, too, falls to the sidewalk, seriously wounded, a bullet lodged in his liver.

The fifth shot bounces off the limousine.

The sixth also hits the Lincoln, but ricochets — piercing Ronald Reagan's body under his left arm. The bullet enters his lung, coming to rest just one inch from his heart.

The president of the United States staggers.

It takes just 1.7 seconds for Hinckley to fire all six Devastator bullets. He is immediately punched in the head by a nearby spectator, then gang-tackled by the crowd. Hinckley is buried beneath several hundred pounds of angry citizens as Secret Service agents try to take him alive. Ironically, their job is to now protect Hinckley with the same vigor they devote to protecting the president.

As Hinckley is subdued, four men are fighting for their lives. One of them is Ronald Wilson Reagan.