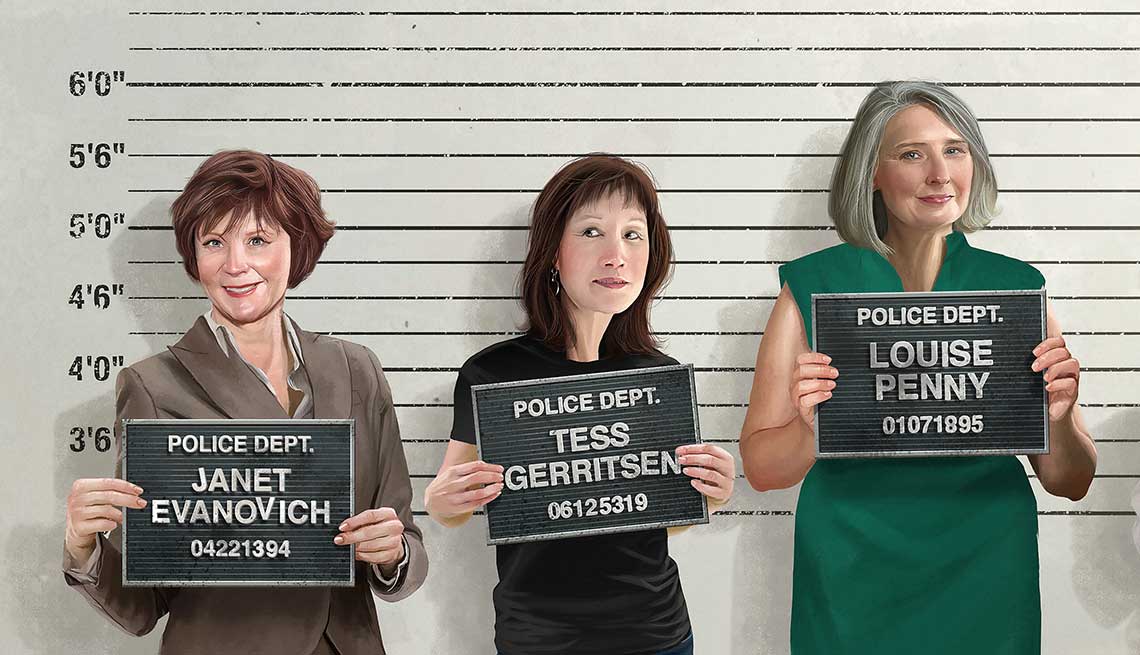 Just how popular are murder mysteries? Well, the reigning queen of the genre, Mary Higgins Clark, has sold more than 100 million books in the U.S. alone — a number a little smaller than the population of Mexico. The reason is simple.

While in real-life America some 35 percent of killings go unsolved, in fiction land you close the book with a thump, satisfied that through grit and guile, the good guys or gals have caught the killer and justice will be served, straight up and strong. Who doesn't relish a 100 percent punishment rate for the wicked?

It is also appropriate that the continent that created the modern mystery — thanks to Edgar Allan Poe and his C. Auguste Dupin detective stories — today has a slew of gifted daughters to rival those legends from across the pond, such as Agatha Christie and P. D. James.

Meet the A-team of crime and punishment, XX-chromosome style. Though their settings may vary, our ladies always have crime on their minds.

Background: Nobody does Jersey 'tude better than the Garden State's Janet Evanovich, 72. Born in South River, she began with romance novels but by book 12 says she "ran out of sexual positions."

Crime Solver: Big-haired bounty hunter Stephanie Plum rocked Evanovich onto the best-seller lists in 1994, and the series is going strong 25 books later. Evanovich says that although she's not Plum, "I know where she lives."

Made Her Bones With ... One for the Money — 21 years later, it's still hilarious.

Background: A graduate of Stanford University and the UCSF School of Medicine, Gerritsen, 62, has gone from doing no harm to terrifying readers with tales of grisly death and medical malfeasance. She started writing when she was on maternity leave.

Made Her Bones With ... the 1996 medical thriller Harvest, about transplants.

Modus Operandi: All about morals as well as murder

Background: Penny, 57, is a former Canadian radio journalist who draws on her country's culture and history to add heft and interest to books that are more whydunits than whodunits.

Made Her Bones With ... Still Life and the enchanting artists, booksellers and eccentrics of Three Pines.

Latest Book: The Nature of the Beast. Read excerpt 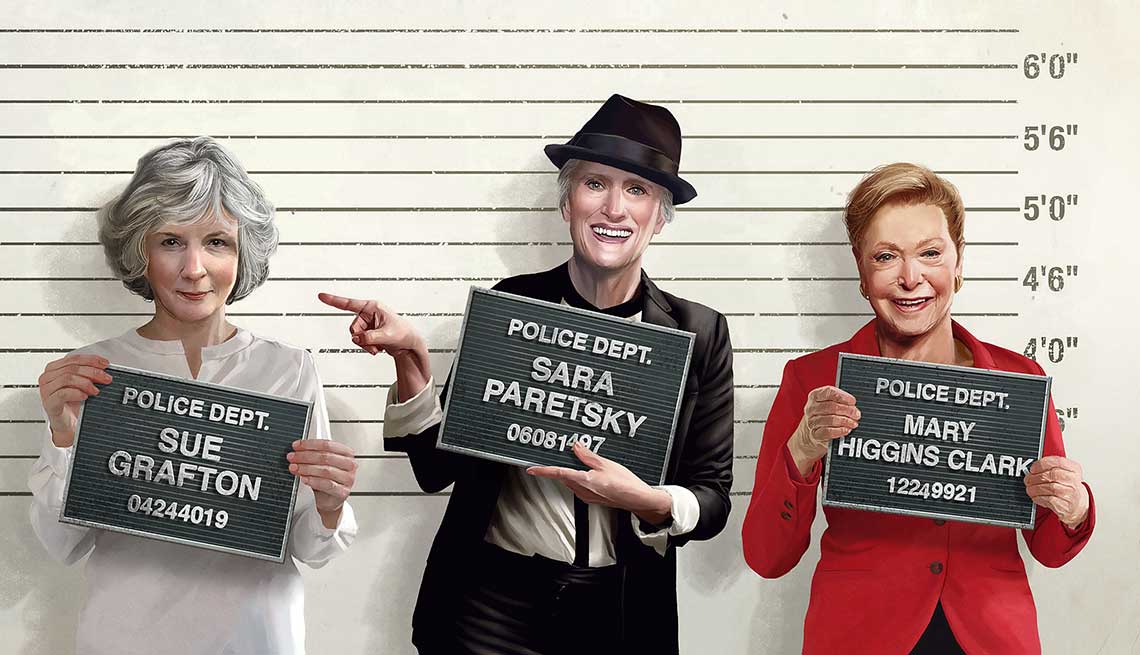 Background: The Kansas-raised Paretsky, 68, holds an MBA and a history Ph.D. She founded Sisters in Crime to support women mystery writers and readers.

Made Her Bones With … Indemnity Only. Published in January 1982, the novel remains bracing in its depiction of a fearless female pathfinder in a rough job.

Modus Operandi: Hard-boiled but with a female twist

Background: In 1982, a new kind of gumshoe who was nobody's helpmeet hit the street running. A former screenwriter, Grafton is blasting through the letters; X will arrive in August.

Crime Solver: P.I. Kinsey Millhone is, says Grafton, the author herself but younger, smarter and thinner. Her fictional private eye is a twice-divorced loner; Grafton, 75, has been married over 20 years.

Made Her Bones With ... A Is for Alibi, which introduced readers to the town of Santa Teresa, aka Santa Barbara, California.

Background: It all started in 1975 when Clark, a widow with five young children, published her first mystery. Some 40 years and 49 books later, Clark, 87, remains the monarch of American mystery.

Made Her Bones With … the blockbuster Where Are the Children? Clark fictionalized the 1965 headline tale of Alice Crimmins, the Queens, New York, mother who was accused of killing her two children. Two publishers rejected the novel because it featured children in jeopardy.