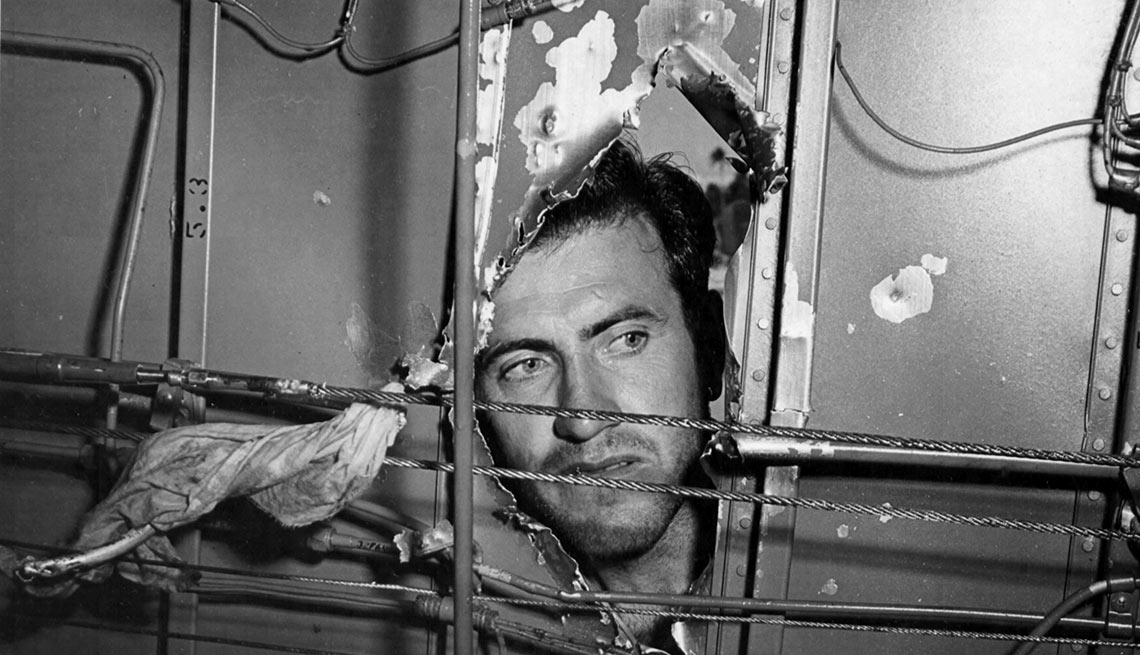 In a 21st century awash with selfies, sex tapes and Kardashians, readers have found inspiration and uplift in a book about an American World War II hero named Louis Zamperini. Written by Laura Hillenbrand, Unbroken has sold almost 4 million copies in the U.S. since publication in 2010. Book clubs have embraced it, ministers have endorsed it and critics have praised it. Most of all, Zamperini's story of endurance, resilience and forgiveness after unspeakable torture has motivated people to get past their own troubles and grievances.

A sensation translated into 29 languages, Unbroken is poised to become even bigger: On Dec. 25, the film adaptation opens. Directed by Angelina Jolie and written by Joel and Ethan Coen, the movie stars British actor Jack O'Connell as Zamperini.

Unbroken's subtitle says it all: "A World War II Story of Survival, Resilience and Redemption." Seated in the living room of her home in Washington, D.C., author Hillenbrand, 47, notes that "persevering through hardship was something that the young men who fought World War II knew very well. The Depression had made it a very tough generation. They knew how to keep going."

Louis Zamperini embodied that spirit. "He was a virtuoso of optimism," Hillenbrand says. Born in 1917, he grew up poor in Torrance, Calif. Zamperini became a high-school track star and competed at age 19 in the 5,000-meter race at the 1936 Berlin Olympics. He enlisted in 1941 and became a bombardier. In 1943, his B-24 malfunctioned and crashed into the Pacific Ocean. Strafed by Japanese pilots and attacked by lunging sharks, Zamperini and the pilot survived for 47 days in a rubber raft.

Things got worse when the Japanese found them. Zamperini was starved, humiliated and savagely beaten almost to death. 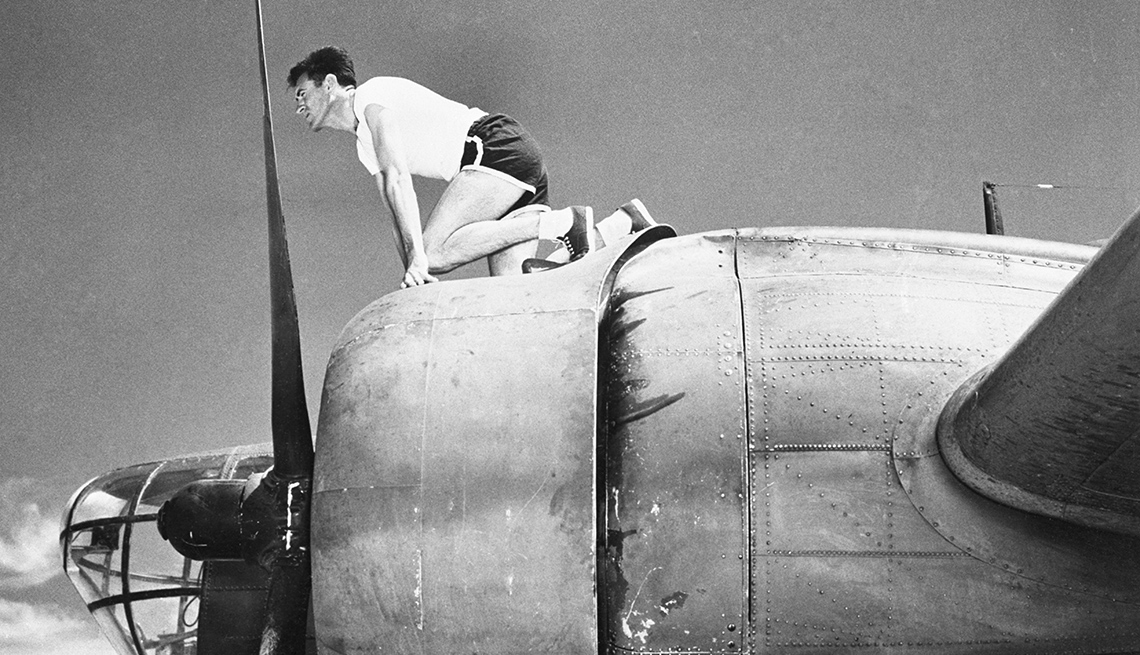 Louis Zamperini’s story of being lost at sea, the brutality of Japanese POW camps and his road to forgiveness unfolds in Laura Hillenbrand’s "Unbroken: A World War II Story of Survival, Resilience, and Redemption.”

After the war ended in 1945, Zamperini returned home but found no peace. Rage, shame, violent flashbacks and constant nightmares about a particularly brutal guard nicknamed "The Bird" consumed him. With his drinking out of control, both Zamperini and his new marriage were falling apart — until October 1949, when Zamperini heard Billy Graham preach in Los Angeles.

Zamperini stopped drinking, repaired his marriage, forgave his Japanese captors, and devoted himself to his faith and to helping troubled youngsters at a camp he founded, the Victory Boys Camp. In 1998, at the Nagano Olympics in Japan, he carried the torch past the site of the POW camp. Active to the end, Zamperini died July 2 of pneumonia at 97. Before his death, he had a special visitor, Hillenbrand says. Director Jolie brought a laptop to the hospital to show Zamperini some scenes from the unfinished film.

Although Hillenbrand misses the man she calls "my surrogate grandfather," she says, "Louie had one of those souls that was so buoyant, so alive, so present that I don't feel he is ever going to be gone from my life." 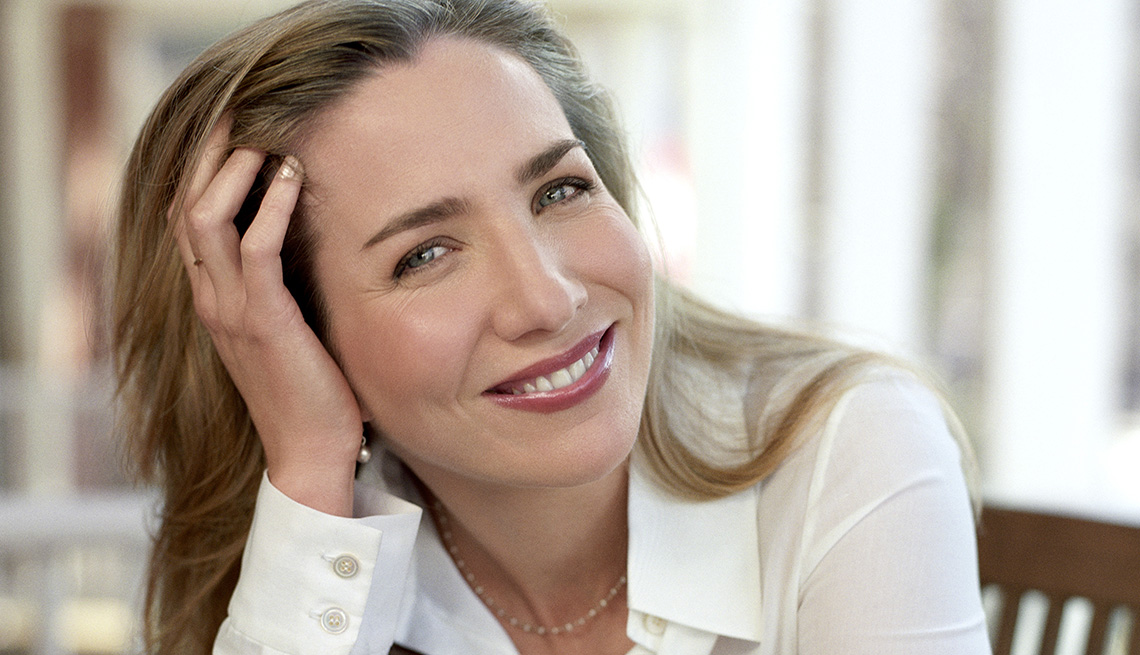 Hillenbrand discovered Zamperini when she read a 1938 newspaper clipping while researching her 2001 best-seller, Seabiscuit, about the Depression-era racehorse. Over seven years, she conducted hundreds of hours of interviews with him over the phone. Hillenbrand cannot travel because of chronic fatigue syndrome, which she developed at 19.

In a way, not meeting Zamperini in person turned out to be an advantage, Hillenbrand says. "I never saw him as a 90-year-old man."

Before Hillenbrand approached him, Zamperini had published two autobiographies. But she planned to write something different. "I wanted to tell the story of the Pacific war through the eyes of one man. He said, 'Go to it!' "

It was a huge responsibility to have Zamperini and his fellow POWs share their stories, Hillenbrand says. "You have to do justice to someone's most searing memory." Often she spoke with men who had never described their ordeal. "They would weep on the phone," she says.

Unbroken has given solace to families of veterans returned from the Pacific. Hillenbrand recalls that "I started getting thousands of letters and emails from family members who would all say the same thing: 'I never understood my father or my husband or my grandfather, what he went through, why he was in so much pain, why he drank.' People were able to find forgiveness, and that is terribly moving to me."

Zamperini, then 94, and Hillenbrand did meet once in 2011 in Washington. "It was one of the best days of my life," she says. "He threw his arms around me and told me he loved me. We talked and talked." Later that afternoon, recalls Hillenbrand, "I walked him to his car and he said, 'I know now the reason why I have lived this long — it was to see you write this book.' "

In the end, Hillenbrand says, "Louie wanted his suffering to be meaningful. He was an inspiration."