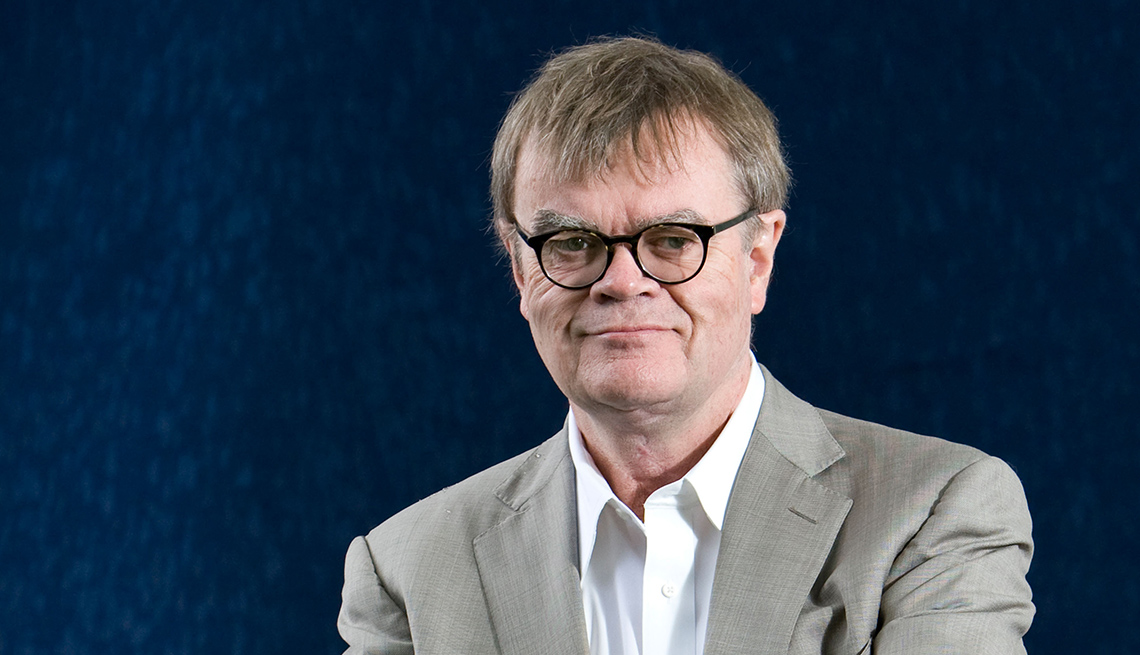 A Prairie Home Companion, the live radio variety show founded and hosted by Garrison Keillor, will celebrate its 40th anniversary in July. The public radio staple grew from Keillor's youthful imagination and Minnesota Public Radio into the program heard around the world. He's a storyteller extraordinaire, and his latest work, The Keillor Reader, will be a treat for fans. An excerpt:

When I was twenty and thinking of myself as a poet and genius, I thought I would die young and become immortal like Buddy Holly. People would place bouquets on my grave and think, What a shame that he was cut down before he could tame all of that raw talent. But I never needed to charter a small plane in a snowstorm as Buddy did, so onward I went.

I had a big beard and long hair when Minnesota Public Radio hired me but I was willing to get up at 4 a.m. and work the early morning shift and that's where I discovered that irony and a dark world-view are not useful on the radio early in the morning.

Listeners have enough darkness of their own, they didn't need mine. I created a cheery on-air persona, the Old Scout, who rallied listeners to rise and shine and face the day with a smile. It was a good persona and in time I came to believe it myself. On that early morning shift, I invented a town where the women are strong, the men are good-looking, and the children are all above average. Businesses in that town advertised on my show — Jack's Auto Repair, Bob's Bank, Bunsen Motors, Bertha's Kitty Boutique, the Chatterbox Café, the Sidetrack Tap, Skoglund's Five & Dime, the Mercantile — and that town, Lake Wobegon, became my story.

A Prairie Home Companion took up all of my time — a man has to work hard to make up for lack of talent — and soon I was forty, which is too old to die young, so I forgot about immortality and headed down the long dirt road of longevity. It dawned on me that the cheerful radio host I invented was derived from my parents' example. They were children of the Great Depression, John and Grace, and they knew how to savor their life and not complain. They never complained about me though I know they hoped I'd go into a more distinguished line of work. I like it, though. Comedy does give good value. There are so many discouraging facts around — e.g., half of all people are below average — and jokes relieve some of the misery. Solomon said, "Whoever increases knowledge increases sorrow." That's a joke. And "The rivers run into the sea and yet the sea is not full." That's a joke. And how about this one? "The race is not to the swift nor the battle to the strong nor riches to men of understanding, but time and chance happeneth to them all." That's the essence of comedy in less than 25 words. You're fast, you trip and fall down; you're strong and you poke your sword in your left foot; you're smart and you go broke. And suddenly you're in your sixties and you become eminent and learn to harrumph. And then seventy. Ah, seventy. The dirt road of longevity stretches out before me, and I'm enjoying the view.