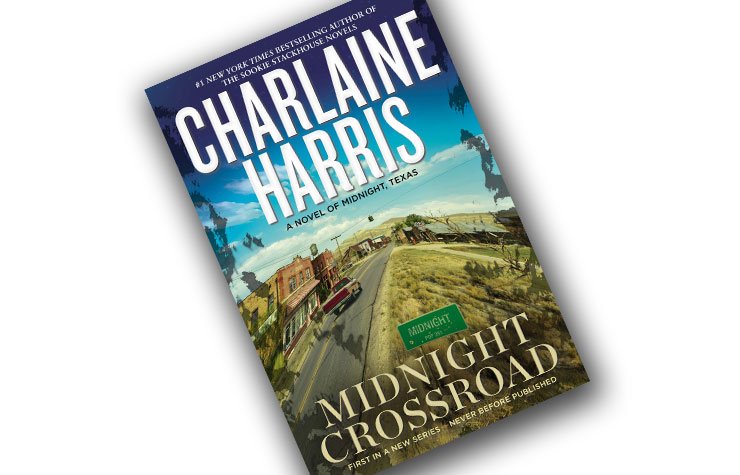 The brains behind "True Blood" returns with the first thriller in her new trilogy, "Midnight Crossroad."

Manfred succeeded in getting his computer equipment set up in less than two days. He started catching up on his websites Thursday afternoon. Time was money in the psychic business.

He was able to roll his favorite chair right up to the large L-shaped desk that dominated what should have served as the living room, the room facing Witch Light Road. His computer equipment was set up there, and there were filing cabinets that rolled under the desk, though most of his files were online. Aside from the computer desk and chair, in an alcove there were two padded chairs with arms. He'd arranged them facing each other over a small round table, just in case he had a client in his own home who wanted a palm or tarot reading.

This seemed like the obvious and best use of the biggest room, to Manfred. He had no sense of decorating, but he had a great sense of utility. The big room had windows on three sides, all covered with ancient blinds. The blinds were useful but depressing, so he'd put up curtains to camouflage them. The ones he'd hung at the front were forest green and gold, the ones at the side overlooking the driveway were paisley patterned, and the set facing the next house to the east (which was empty) were solid red. Manfred thought the result was cheerful.

He'd placed his grandmother's love seat and an easy chair in the former dining room, along with the TV on its stand, and he'd jammed Xylda's little dinette set into an alcove in the kitchen. His bedroom, which was reached through a door in the west wall of the kitchen, was very basic. With Bobo's help, he'd assembled the double bed and made it up with sheets and a bedspread. The bathroom off it, the only one in the house, was also basic, but large enough. There was a toolshed in the backyard, which he hadn't investigated. But he'd taken the time to make an exploratory trip to the biggest grocery store in Davy, so there was food in the refrigerator.

Manfred was satisfied that he was set up in his new place and ready to go back to work.

The first website he visited was the one dedicated to "Bernardo, Psychic and Seer." His publicity picture was half of the home page. He was wearing all black, naturally, and he was standing in the middle of a field with lightning coming out of his fingers. (Every time he admired the Photoshopped bolts, he thought of his lightning-struck friend, Harper.)

Bernardo, Psychic and Seer, had gotten 173 e-mails during the days he'd been busy with the move. He checked them quickly. Some of them were of the spam variety, and he quickly deleted them. Four were from women who wanted to get to know him intimately, one similar message was from a man, five were from people who thought he ought to go to hell, and ten were from people who wanted to know more about his "powers." He referred them to his biography, largely fictitious and obviously prominent on his home page. In Manfred's experience, people were endlessly prone to ignore the obvious — especially people who were seeking help from psychics. Out of the 173 messages, he would answer the rest, but in his estimation there were only nine that might lead to money.

His duty done by the Bernardo visitors, he checked his "The Incredible Manfredo" website. If you used your credit card (or PayPal) to give fifteen dollars to Manfredo to answer your question, he would reply. The Incredible Manfredo was adept at discerning this answer "from beyond" and relaying that answer to the questioner over the Internet. The beyond was "the place from whence he received his awesome powers." Many seekers were attracted to the Incredible Manfredo, a dark-haired, dramatically handsome man in his forties, judging by the picture on the website. He had 194 questioners lined up, and these people had paid. Responding to these took quite a bit longer, and Manfred thought about his replies carefully. It was impossible to use his true gift over the Internet, but he did use a lot of psychology, and he thought a television doctor could not have done better. Especially since most of the answers could be made clearer in a subsequent query for another charge of fifteen dollars.

After he'd spent three hours working on the "Incredible" website, Manfred made his third stop of the day, at his professional Facebook page under his full name, Manfred Bernardo. The Facebook picture was much slicker and played up his pale face, his platinum spiked hair, and the multiple piercings on his face. Tiny silver rings followed the line of one eyebrow, his nose was pierced, and his ears were scattered with silver rings and studs. He couldn't stomach gauges, but he'd had his rook pierced. He looked very dynamic, very intense. The photographer had worked well with him.

There were lots of messages and comments on his last posting, which read: "I'll be out of touch for a few days. It's time for me to retreat and meditate, to tune my psyche for the jobs ahead. When I'm back in touch with you, I'll have some amazing news."

Now Manfred had to decide what the amazing news would be. Had he received a great revelation from the spirits of those who'd passed beyond? If so, what would it be? Or maybe it was the right moment for Manfred Bernardo, Psychic and Seer, to make some personal appearances. That would be some amazing news, all right.

He decided that now that he was in Texas, fresh territory, he would schedule some one-on-ones, for a few weeks from now. These were taxing, sure, but he could charge a lot more for them. On the other hand, there was the expense of travel. He had to stay in a very good hotel, to reassure the clients that they were getting their money's worth. But it would feel good to touch the flesh a little, get the spark going again. He'd learned everything about the psychic business from his grandmother, and she'd believed in the power of personal attention.

Though Xylda had loved the concept of easy money to be made online, she'd never adapted to it; and really, she'd been more of a performance artist. He grinned as he remembered Xylda's appearances in front of the press during the last big murder case she'd worked. She'd enjoyed every minute of the publicity. Most grandsons would have found the old lady a source of acute embarrassment: her bright dyed hair, her flamboyant clothes and makeup, her histrionics. But Manfred had found Xylda a fountain of information and instruction, and they'd adored each other.

For all Xylda's fraudulent claims, she'd had flashes of the real thing. Manfred hoped she'd never realized that he was much more gifted than she'd ever been. He had a sad suspicion that Xylda had known this, but they'd never done more than refer obliquely to it. Now they never would. He dreamed of her often, and she talked to him in those dreams, but it was more of a monologue than a dialogue.

Maybe she would pop up in one of his séances.

On the whole, he hoped she wouldn't. 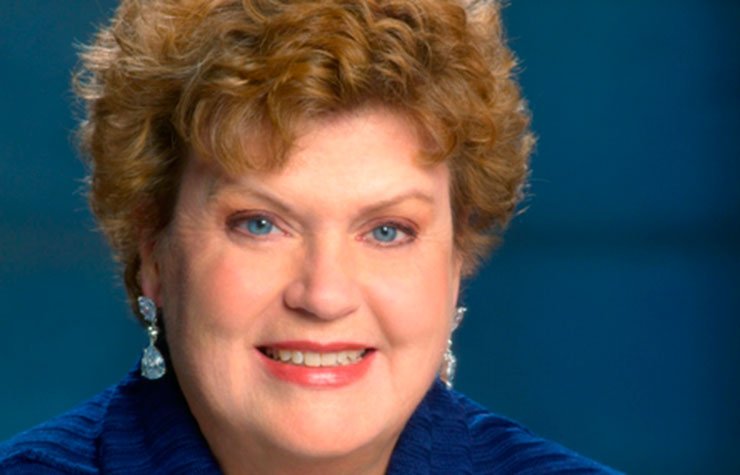 I have a list of books that changed the way I write and think. The order of that list might change from day to day; but the novel I always come back to is one I read for the first time when I was 12 — Charlotte Brontë's Jane Eyre. I have read it many times since then, and every time I discover something more in Brontë's famous novel. In one book, Brontë provided a template which literally thousands of novels have followed. There's mystery (who's in the attic?), suspense (why does Mr. Rochester forbid Jane to speak to the mysterious visitor?) and romance (the haughty Mr. Rochester falls in love with Jane, his daughter's governess).

It's even a novel of manners, as witness Jane's genteel torture at the hands of the imperious Blanche Ingram, the upper-class beauty I love to hate. To even further enhance Brontë's richness of invention, Jane is hardly a conventional heroine. She is plain, poor, persecuted. She's been bullied by her mean aunt and cousins, and sent to remote Lowood School, a horror of an institution. She's no superwoman. She can't fire an arrow or shoot a gun, or even wield a fan. Jane's beauty lies in her consummate realism, her reason, her morality.

But make no mistake — Jane's calm and subdued demeanor conceals a fiery heart. When I matured enough to look below the sheer power of Jane's story, I saw that Brontë had addressed social and societal issues of her day: child victimization at "charity" schools, the treatment of the mentally ill, the lack of protection for orphans, and the vulnerable position of female employees without family. All these issues are still problems, come to think of it. Now I'm in the mood to reread Jane Eyre again. And again, I'll find something new to admire.