There's nothing like a good book on a steamy July or August day — preferably by the pool or ocean, with a cold drink in hand. We assembled a list of notable titles from 1964 onward that were on best-seller lists during each summer season and found we were compiling a cultural time line as well as a literary nostalgia trip. See how many of the 50 books you've read over the years. And keep in mind that some may have been published previous to the summer they were hot. 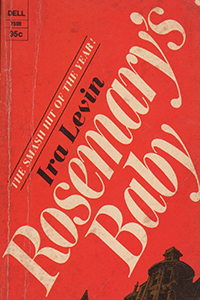 1965: Up the Down Staircase by Bel Kaufman

1966: Valley of the Dolls by Jacqueline Susann

1967: Rosemary's Baby by Ira Levin — How's this for a horror story? You discover that your unborn child is the Antichrist, thanks to the Satanists next door. The blockbuster novel was made into the chilling movie starring Mia Farrow, and NBC recently aired a miniseries adaptation with Zoe Saldana as the unfortunate mother-to-be.

1971: The Exorcist by William Peter Blatty 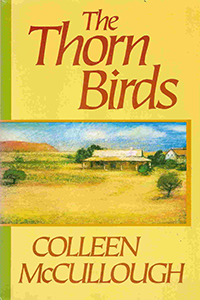 "The Thorn Birds" by Colleen McCullough

1977: The Thorn Birds by Colleen McCullough — The epic family saga features young Meggie Cleary, who falls in love with Mr. Very Wrong (the local priest), though the sweeping story also encompasses decades of the Cleary family’s struggles in the Australian outback. The beloved novel was made into a wildly popular miniseries that was must-see TV when it aired in 1983. 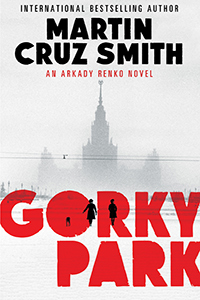 1981: Gorky Park by Martin Cruz Smith — Released in the midst of the Cold War, this smart, gritty detective novel – with a romantic subplot — centers on the cynical chief investigator for the KGB who’s chasing a brutal killer. Readers gobbled it up and reviewers swooned (“Brilliant,” said The New Yorker, with “enough enigmas within enigmas within enigmas to reel the mind.”)

1982: The Parsifal Mosaic by Robert Ludlum

1988: The Bonfire of the Vanities by Tom Wolfe

1990: You Just Don't Understand: Women and Men in Conversation by Deborah Tannen 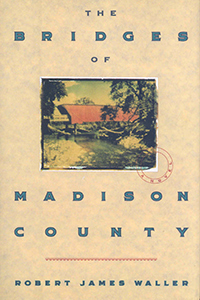 "The Bridges of Madison County" by Robert James Waller

1993: The Bridges of Madison County by Robert James Waller — This love story made countless romance-minded readers weep for Francesca, a lonely, married 45-year-old woman in Iowa who has a very brief, very passionate affair with a visiting photographer. Some found the novel schmaltzy, but it topped the New York Times bestseller list for 38 weeks, and spawned a 1995 movie starring Clint Eastwood and Meryl Streep.

1994: Midnight in the Garden of Good and Evil by John Berendt

1995: The Celestine Prophecy by James Redfield

1996: Primary Colors: A Novel of Politics by Anonymous

1998: Tuesdays With Morrie by Mitch Albom

1999: Harry Potter and the Sorcerer's Stone by J.K. Rowling

2000: Flags of Our Fathers by James Bradley with Ron Powers

2002: The Lovely Bones by Alice Sebold

2006: Marley & Me by John Grogan — The subtitle: “Life and Love With the World’s Worst Dog.” A newspaper columnist shares the fun and frustration of loving and growing with an unruly Labrador in swift, easy prose that resonated with reading dog-lovers everywhere (regardless of breed owned.) The inevitable movie version came out in 2008, starring Jennifer Aniston and Owen Wilson. 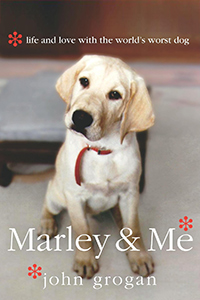 "Marley & Me" by John Grogan

2009: The Help by Kathryn Stockett

2010: The Girl Who Kicked the Hornet's Nest by Stieg Larsson