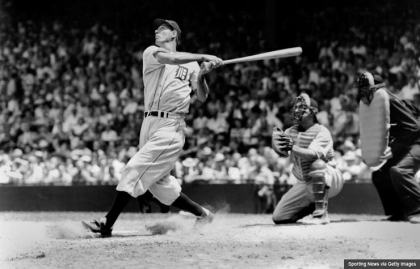 Baseball was already more than a national pastime by the 1930s, having grown into a cultural phenomenon that pulled communities together and inspired a struggling country in the midst of a depression.

See also: Can you hit a home run? Test your baseball smarts

When Hank Greenberg joined the Detroit Tigers in 1933, he was one of the most exciting players in the game. As Greenberg rose to fame, he was both cheered and jeered. The taunts and anti-Semitic threats came both on and off the field. John Rosengren, author of Hank Greenberg: The Hero of Heroes, reveals an intimate portrait of an athlete's triumph over adversity.