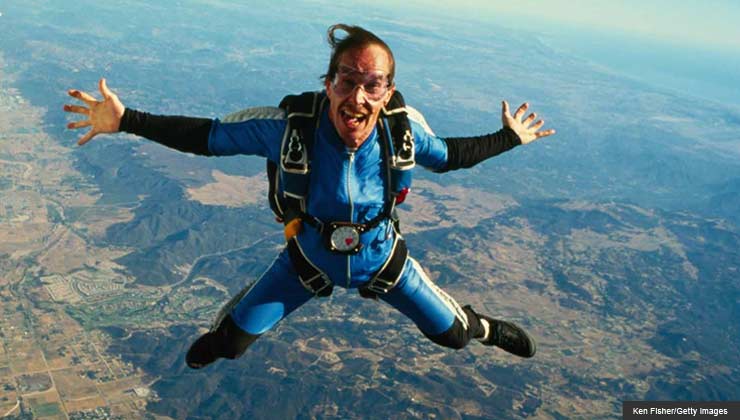 Susan Jacoby is a proudly contrarian thinker. She tackled popular culture in The Age of American Unreason and religious institutions in Freethinkers: A History of American Secularism. Now, she directs her fire at a new target: our optimism about the benefits of increased longevity. Having turned 65, six months in advance of the leading edge of the baby boom, she writes: "It is past time for a more critical and skeptical look at old age as it really is in America today, especially for the 'old-old' — those in their ninth and tenth decades of life."

Never Say Die is a searing examination of the challenges that this growing, primarily female cohort will face, including high rates of poverty, dementia, and loneliness. The book is a politically progressive manifesto that calls for social, rather than individual, solutions to such problems as a lack of financing for home-based care. It is also a cultural attack on our tendency to demand that the oldest among us behave with unrelenting good cheer.

In some ways, Never Say Die is a deeply personal book. Jacoby writes that she is descended from exceptionally long-lived women, including a grandmother who survived until 99, and a mother who is 90 and in assisted living. Jacoby also has endured the loss of a beloved partner, 15 years her senior, who suffered from Alzheimer's and died of cancer. AARP Bulletin talked to Jacoby, who lives in New York, about her ideas.

Q. Give examples of what you call "the myth and marketing of the new old age?"

A. The myth is simply that old age today is going to be very, very different than old age has ever been in the past. And in one sense, that's true: There are many medical tools to deal with many of the inevitable diseases that are related to old age. It's a boomer conceit that every stage of our lives is going to be different from the lives of people who came before us. And I don't see any evidence that old age is any different — particularly when you get into "old-old" age, which demographers consider over 85. I don't think there is a "new old age."

Q. What are the most important misconceptions our society has about growing older?

Q. Your primary concern is with people — overwhelmingly women — in that age range.

A. What's important is that so many more boomers are going to live into their 80s and 90s than their parents did. It's the fastest-growing sector of the over-65 population. If we don't think about old-old age as it really is, there's no incentive to solve these problems.

Q. You seem to view life as "nasty, brutish and long." Isn't that an awfully dark vision?

A. I would say that my view of life is realistic. I absolutely hope for the best. If I live to be 90, like my mother and my grandmother, I want to be John Paul Stevens, I want to be Betty White. However, I don't think that is anything I can do much about. There is a lot of evidence that genetic endowment plays a huge role in this. There is no reliable scientific evidence that anything you do, from taking vitamin supplements to exercising to engaging in crossword puzzles, significantly delays or prevents Alzheimer's. There's not some kind of magic talisman that will protect us.

Q. You see poverty as a major issue in old age. But aren't older Americans as a group relatively well off, and won't boomers be even more so?

A. Since the 1930s, there has been an enormous decrease in poverty among older people, largely due to the Social Security system and the heyday of private pensions. But the old as a group are not terribly well-off, because the figures are very skewed by the small number of old people who are rich. The household income of women is cut nearly in half when their husbands die. One argument you can make is that boomers are going to be better off because more women have worked more, acquired their own pensions and their own Social Security. The problem is that boomers are going to live longer. The economic crisis of the past two years is going to have great long-term impact. The prospects in retirement for all of the baby boomers are not as good as they looked.

Q. You don't mention what has been called the greatest intergenerational transfer of wealth ever, to the boomer generation from our parents.

A. The longer our parents live, the less that's going to help us [financially]. People who were old and upper middle class, in quite comfortable financial circumstances a few years ago, are really feeling the pinch. There is going to be much less left from older people who are in their 80s and 90s because they are dipping into their capital to live. What's happening now definitely dims the economic prospects for all boomers in old age.

Q. Another big issue you identify is loneliness.

A. Lacking a partner is a problem for some women, but not for others. There is nothing you can do about the fact that many more men than women are dead in every age cohort. Women who live a long time are going to live a lot of their lives without a sexual or romantic partner. It's just a fact. I say it with some sadness. If you're a woman to whom men have been important, this is very bad. It's natural to feel that loss. I wouldn't like the relationship turmoil of my 20s, but I certainly would like to be in love or to have a lover. But I'm not counting on it.

Q. You object to the notion that depression in the old is always abnormal and requires treatment. Aren't you failing to distinguish between clinical depression and sadness?

A. I would never for a moment deny that the old can be clinically depressed. What I have seen over the years is that the first thing that health care professionals do when an old person expresses any kind of sadness is offer them pills. It's the easiest, cheapest thing to do. We need to be very careful calling old people depressed just because they won't do things that we want them to do.

Q. Dementia, including Alzheimer's, is an increasingly visible problem. How should we as a society respond?

A. We can hope for a medical miracle. Certainly, putting more money into Alzheimer's — which really means putting it into basic biogenetic research — anything that would significantly delay Alzheimer's disease, would be a great blessing. It's not going to do anything for someone your age or my age. There are some promising avenues of research now, but they are long-term.

Q. What about caring for dementia sufferers in the meantime?

A. Long-term care is something that we don't pay for that every other industrialized country in the Western world does. Here is where the idea of American individualism is very harmful.

Q. As you point out, there is a lot of hype today about longevity research.

A. Maybe we will find that a lot of the diseases of old age all are one disease inherent in the aging process. The question is, could people live forever if you could turn off an aging gene? Maybe. I don't think so.

Q. Do you have any interest in an extended lifespan?

A. Provided that I was of sound mind, and that 90 was the new 50 — sure. Who doesn't want to be immortal if they could be immortal and young forever? Actually, I don't think that I would. One thing I know: Whatever breakthroughs are made in longevity science, they're only going to be available to the rich.

Q. What worries you most as you face old age?

A. Alzheimer's disease. To me, that's not living. And I make no bones about saying it. I believe a functioning mind is what gives life meaning. I don't think I'm really scared of anything else — of course, other than there being absolutely nobody to write for.

Q. What role has AARP played in marketing myths about the new old age?

A. AARP should stop presenting only the exceptions as the norm. You don't need to present 90-year-old skydivers as the norm to lobby for the dignity of old people.

Q. What should the organization be doing instead?

A. AARP needs to concentrate more on some of the negative inevitabilities of old age. We need to talk not just about loneliness and disease as something that can be defied or overcome, but often as something that people just have to live with; stop acting as though a positive attitude is the best way to live longer, and that anybody who's a little bit grumpy is depressed.

Q. What messages would you like readers to take away from Never Say Die?

A. One thing everybody can do is insist on the right to be who they are as long as they can. We have the right to not only our happinesses and our satisfactions, but to our unhappinesses and our dissastisfactions. One of the emotions old people are most forbidden to express is anger. Anger, like love and everything else, is part of what makes us who we are. If you're still looking for a lover, if you're still that dissatisfied with your life as it is, then go for it. You don't have to be this placid little old lady.