How Allan Pinkerton, America's first private eye, saved Abraham Lincoln's life in 1861 is a little-known story now told in full in The Hour of Peril: The Secret Plot to Murder Lincoln Before the Civil War.

Historian Daniel Stashower details the plan cooked up by a barber named Capt. Cypriano Ferrandini, a Corsican immigrant who was just one of thousands of secessionist sympathizers in Baltimore as Lincoln's train rolled through the city in February 1861. 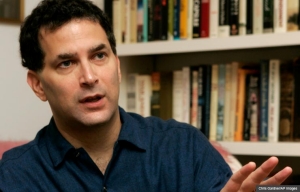 Author Daniel Stashower describes what makes "The Hour of Peril" stand out.

The logistics of Lincoln's whistle-stop tour were a matter of public record, so Ferrandini and his band of 20 fellow "Southern patriots" easily learned that the president-elect was slated to arrive at the city's Calvert Street Station on the morning of Feb. 23, where he would have to walk through a narrow passage to reach the street outside.

At that moment the assassins planned to stage a distraction that would draw the local police away from Lincoln's side, then box in the president and strike the fatal blow.

Pinkerton got the drop on the would-be killers. Having learned of the plot by infiltrating the cabal with one of his agents, he persuaded Lincoln to pass through Baltimore a full 12 hours earlier than originally planned. But that would require tricky transfers from one train to another, with an awkwardly timed carriage ride in between: How were they to hide the 6-foot-4, instantly recognizable Lincoln from public view?

Pinkerton came up with a plan that he thought would work — so long as the 16th chief executive was willing to display some decidedly unpresidential behavior, and garb, to pull it off. Stashower tells us how events unfolded "the first time they tried to kill Lincoln."

Q: Another book on Lincoln?

A: Right — some people will know this is not the first one to feature the man. The Ford's Theatre Center in D.C. has that 34-foot-high tower of Lincoln books. You could probably build a bridge from here to Illinois made from "Lincoln-as-I-knew-him" personal reminiscences. Oddly, no two of them agree on what happened in Baltimore — or even what he was wearing on his head.

Q: So what was he wearing on his head? And how real was "the Baltimore plot"?

A: We know he held a cloak over his face to disguise his trademark beard, and that he traded in his stovepipe hat for a soft wool hat. He slouched down to conceal his height. As for the plot, there's confusion about how it was foiled. I found a lot to criticize about Pinkerton's operation, but the existence of a threat [to the president] is beyond dispute. Even Horace Greeley, the famous newspaper publisher, said, "There was 40 times the reason for shooting [Lincoln] in 1860 than there was in '65, and at least 40 times as many intent on killing or having him killed."

Q: And his secretary expected trouble, too.

A: That's right. John Hay was Lincoln's 22-year-old personal secretary, and he described events as they unfolded. As the Lincoln Special[train] was about to carry Lincoln south of the Mason-Dixon line for the first time, Hay wrote a friend back home, "Tomorrow we enter slave territory. ... There may be trouble in Baltimore. If so, we will not go to Washington, unless in long, narrow boxes."

Q: Didn't Lincoln have any protection?

A: He had a 300-pound, self-appointed bodyguard named Ward Lamon — a hard-drinking, glad-handing, banjo-playing lawyer from Lincoln's early days. He followed Lincoln around, armed with two pistols, a knife, a slungshot [a heavy weight on a wrist strap] and, for good measure, a set of brass knuckles.

Next page: Who was Kate Warne? »

'The Hour of Peril' explains how a stopover in Baltimore almost prevented Lincoln's presidency.

Q: So did Pinkerton start the Secret Service?

A: No, the Secret Service started out protecting money, not presidents — it was formed to fight counterfeit currency. But Pinkerton was familiar with security nightmares: Lincoln believed that people deserved access to him, so he would hold these "handshaking levees," where a long line of people snaked past to shake his hand like a pump handle. John Nicolay, another staffer, said Lincoln had "a heart so kindly … that it was hard for him to believe in political hatred so deadly as to lead to murder."

Q: Tell me about Pinkerton detective Kate Warne. Another Kate — Winslet — should play her in the movie.

A: [Laughs] She's one of my favorite characters in the book!

Pinkerton's sitting at his desk one day in 1856 when there's a knock on the door and he finds a young woman standing there. [She had dark blue eyes that Pinkerton said were "filled with fire."] She introduces herself as Kate Warne, a widow looking for work. But Pinkerton thinks she means secretarial work, so she says, "I'm afraid you have misunderstood me, sir."

Well, there was no such thing as a female detective in the 1850s, so Pinkerton was "dumbfounded and thoroughly unsettled" to learn she wanted to become one. But he also wanted to give her a fair hearing. So he asked her, "How, exactly, do you propose to be of service?"

Warne was clearly ready for the question. "A female detective may go and worm out secrets in ways that are impossible for male detectives," she told Pinkerton. "A criminal may hide all traces of his guilt from his fellow men, but he will not hide it from his wife or mistress. The testimony of these women can be obtained [by] a female detective [who] wins her confidence." Pinkerton signed her up the next day. She wound up secretly escorting Lincoln to Washington, posing as the caregiving sister of an "invalid" who did not want to be disturbed by other train passengers.

Q: The Hour of Peril is also largely a life of Allan Pinkerton. Who, finally, do you think he was?

A: Pinkerton is a remarkable story. He was definitely a tough nut — a scrappy, grizzled, quick-to-anger Scottish immigrant. He felt secrecy was the lever of his success, so it may also be fair to say he was paranoid — but don't you want that in a detective?

There's controversy about who Pinkerton really was because he later acquired a legacy of union-busting. In fact, someone accosted me by the punchbowl at a PTA meeting recently and blurted out, "Pinkerton broke my grandfather's skull at the [1892] Homestead Strike — are you going to write about that, Mr. Author?" Much as I like being addressed as "Mr. Author," that could not have been Pinkerton, because dead men crack no skulls. [Pinkerton died in 1884.]

So I'm not apologizing for Allan Pinkerton or putting him up for sainthood. But the untold story here is of a barefoot cooper who came to the United States and became the country's first private eye. That term came from his logo, by the way: It had this stern, unblinking eye and the motto "We Never Sleep." Thank God he didn't.