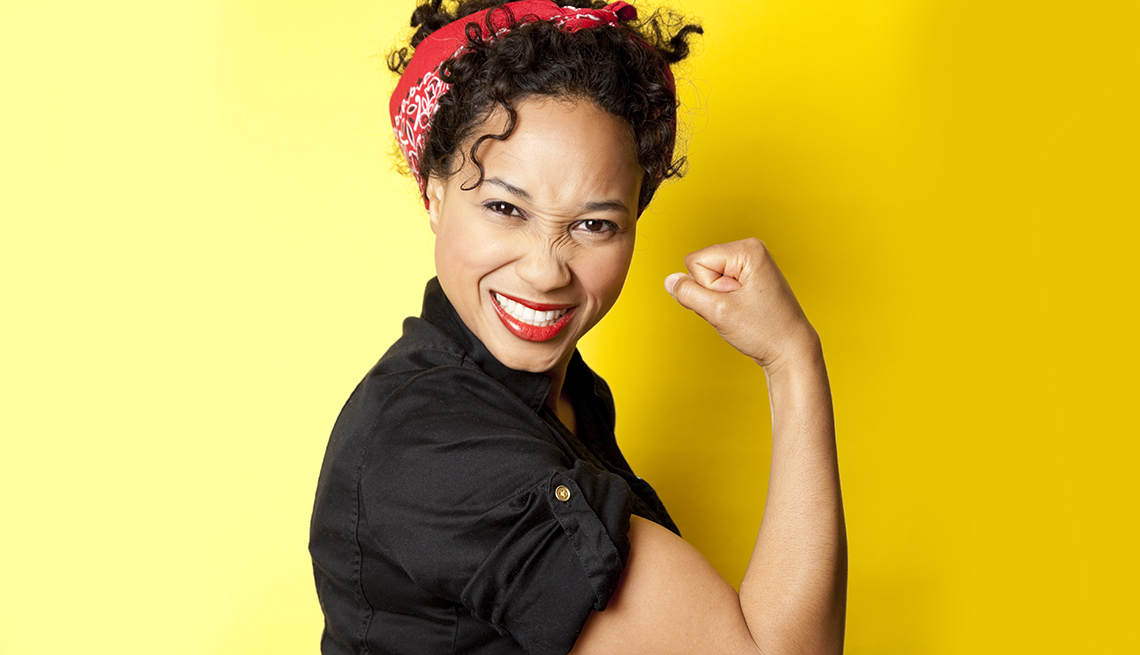 We know ageism is a serious problem (This is Disrupt Aging). But does everyone? It’s a kind of bigotry with insidious roots that has largely remained unchecked. One in 5 discrimination charges are age related, and AARP found 92 percent of employees have seen workplace age discrimination. But how older people are mistreated doesn’t get much attention.

So who can show us the way to a non-ageist future? How about the passionate young activists leading a wave of change in our country. They know how to get a message out there. We spoke with organizers from March For Our Lives and other change-makers to get their advice: how they see ageism, what we can do about it and how to raise our voices. Let’s make a movement!

Sofie Whitney, 18, cofounder of March For Our Lives. A survivor of the Parkland shooting, Whitney is an activist, leading the national conversation and fight to end gun violence.

Kelly Woolf, 31, activist and board member of We Got Us Now — a movement built and led by children impacted by parental incarceration, chief impact officer at Jefferson Awards Foundation.

Anthony Ritosa, 28, community organizer for Restore Your Vote, a nonpartisan campaign to restore the voting rights of people with felony convictions.

D’atra Jackson, 28, is the outgoing director of Ignite NYC and will become the national director of BYP100, a black youth advocacy group for leadership and policy organization.

Hayley Cranberry Small, 26, creator of the Lutte Collective, a “community and space for disabled and chronically ill women and non-binary artists.”

Jason Walker, 31, is the HIV/AIDS campaigns coordinator for VOCAL-NY, a state-wide organization that “builds power among low-income people.”

Ryan Amador, 28, cofounder of The Future Perfect Project, which travels to schools and communities, listening to queer youth, helping them express themselves.

Why Is Ageism Not a Thing?

Woolf: Compared to others, there’s just not the same level of urgency. There are shootings in schools, young people being killed on the streets because of their race or sexual orientation. A whole group of people have emerged who feel their lives are at risk, creating communities around these critical issues.

Small: There is definitely a division between my generation and older generations very apparent in activism — we are using the internet. The timeline moves fast, and it’s easy to miss something. I absolutely would love to involve older generations, but connecting with them through Instagram or Twitter hasn't worked just yet.

Walker: I think we see older folks as disposable. It’s the same narrative we have for poor people, homeless people, formerly incarcerated — that you have no value. Ageism is rooted in that system.

Woolf: Not too long ago people just lived until their 60s. Now suddenly you hear “40 is the new 30! 50 is the new 40!” We as a society have not created any systems to allow people to age with grace. There is a great need. We need to create systemic change.

One Solution: Get Over the ‘Kids These Days!’ Way of Thinking

Jackson: I’ve heard: “All y'all do all day is get on Twitter.” Like we control the internet and that’s all we do. But it’s a just a tool. An important tool.

And Then Think Intergenerationally

Cadle: I learned from activists who came before me. Our ancestors like Marsha P. Johnson, Sylvia Ray Rivera, Harvey Milk said ‘I am here and visible’ and they had no shame. I learned from them how to find my voice.

Jackson: With this transition I am taking in my job, I feel like I need a mentor. I have to reach out to find that person, but I would hope that the older generation does reach out to us.

Not All Activism Is Yelling in the Streets

Small: It’s important to realize that most forms of traditional protest are not accessible for disabled and ill folks. I think that is something older generations can agree with — it's very physically taxing to stand in a crowded plaza for hours around loud noises, yelling, etc. That’s where technology comes in.

Ritosa: I like organizing events because I am an introvert. If you’re shy or struggling to get involved, find a way to help out. Also, when you attend an event it’s OK to connect with one person. It’s about quality over quantity.

Amador: The first move would be for an older person to not patronize a younger person. And once that space is safe, young people do a much better job realizing there’s wisdom in an older person. Basically, listening begets listening.

Whitney: Listen to people to understand rather than to respond. So much more is accomplished by attempting to understand an opposing viewpoint and not trying to refute it.

And Then Speak Out

Cadle: Find every place to tell your story. Go to city hall and advocate for one thing. When I started speaking out I had a stutter and a heavy accent. But I still went. Maybe five people connected with me, maybe just one. But I was saying I want to be heard.

Small: I believe in basic, clear communication. It doesn't matter how many followers you have, if your message is powerful you will attract a community.

Jackson: Social media is only as good as you make it. It’s not an enemy.

What to Do Now: Create a Community

Woolf: You don’t need to be a mouthpiece. Coming together to talk about your issue is effective in itself. It’s about bringing together.

Ritosa: Facilitate a space where people can be seen or heard without judgement. There’s nothing more attractive than to watch someone speak to what they are passionate about … that’s a beautiful thing.

Bottom Line: Ageism is growing and raising awareness about it doesn’t just mean signs and protests. We need to tell our story, and most of all, create community. Connect, listen, join.

Mike Albo is a writer and performer living in New York City.