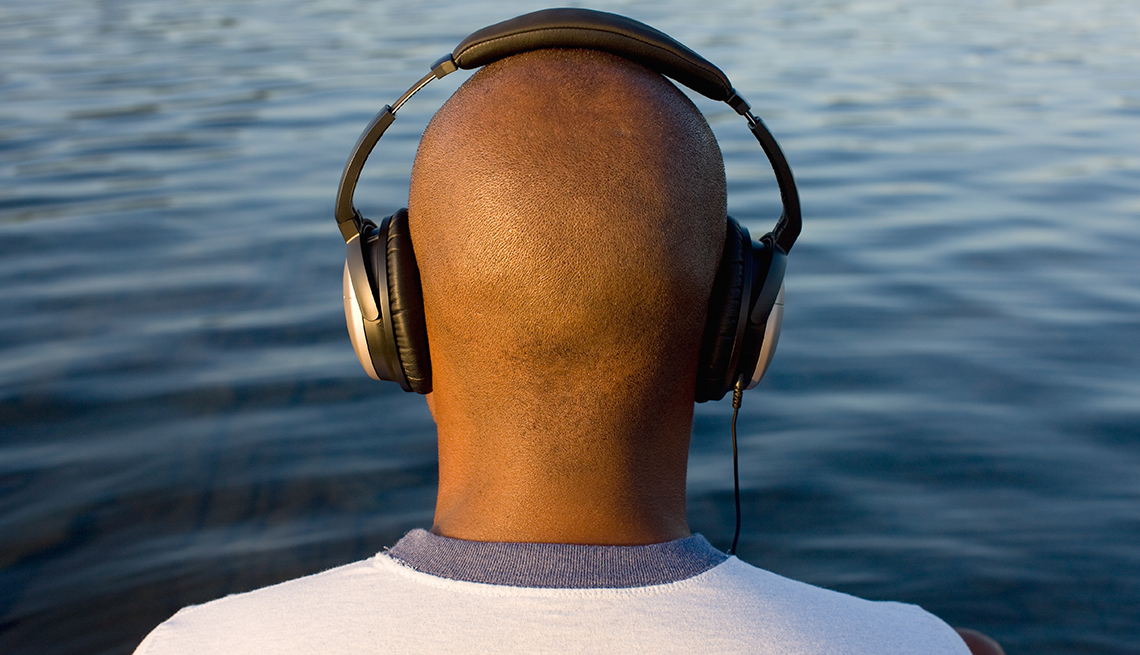 Not at top volume please!

Gael Hannan had a tough time in high school. Other kids thought she was stuck up, stupid — or both. She rarely talked and hardly ever responded to questions. Her peers didn't know that Hannan had hearing loss, and she was trying (but not succeeding) to appear "normal."

"It's rough when there are lots of people talking and you’re not sure what they’re saying or if it’s even to you," Hannan says. "Teenagers either mumble or yell at you. And you really don’t want to give the wrong answer." Doctors discouraged Hannan from getting a hearing aid as a teen — they thought it might harm the hearing she had left. She eventually got one at age 21.

Now 64, Hannan has become an advocate for people with hearing loss and is the author of The Way I Hear It: A Life With Hearing Loss. But public perception — hearing loss is for the elderly — has not changed enough since she was a young woman. Let’s breakdown the myths, the statistics and the prevention for this more-common-than-we-think condition.

The World Health Organization warned in 2015 that 1.1 billion teenagers and young adults are at risk for developing hearing loss, thanks to the increased use of headphones and oppressively loud music festivals. “It’s not just a matter of how loud but how loud for how long,” says audiologist Brian Fligor. The Centers for Disease Control and Prevention recommends listening at a level of no more than 85 decibels over a span of eight hours. At 100 decibels (the top volume of many commercial headphones), you can listen for only about 15 minutes before doing some real damage. It’s the equivalent of standing about 1,000 feet behind an airplane as it takes off or having power saws strapped to each ear — two things only an insane person would do.

One thing that boomers, Gen Xers and millennials all have in common: They wait too long to get help.

2. Fess up: You’re not fooling anyone by pretending

One thing that boomers, Gen Xers and millennials all have in common is that they wait too long to get help. Many wait at least 15 years between when they realize they can’t hear so well and when they seek treatment. According to a 2011 AARP report, the average person is more likely to get a colonoscopy (58 percent) than a hearing test (43 percent).

Hannan says a common strategy she used as a young adult was to bluff. “It’s when you pretend to understand what’s going on but really don’t have a clue.” Spoiler alert: Pretending you can hear when you really can’t will only lead to far more embarrassment — and problems — in the long run.

3. Another reason to quit smoking or drop some pounds

Loud music gets most of the blame for hearing loss, but it’s hardly the only culprit. A study in 2018 found that smokers were 60 percent more likely to develop hearing loss than nonsmokers. Even being a little overweight could mess with your hearing, according to the 2013 Nurses Health Study on women. Those extra pounds restrict blood flow to your ears and do long-term damage. If you’re tired of people nagging you to put down that cigarette or third doughnut, listen up now — while you can still hear them.

4. A glass of wine a day might keep the hearing aids away

Moderate drinking, particularly wine and beer, just might be “protective for age-related hearing impairment,” says Jos Eggermont, one of the most renowned scientists in auditory function. Studies from China to the U.K. have found that drinking occasionally or even daily can lead to a decreased risk for hearing loss. We’re talking about a glass or two of red wine, not a bottle or two. Heavy alcohol use raises your chances of developing cardiovascular disease, which is a big risk factor for hearing loss.

5. Not hearing well could be a precursor to dementia

A 2011 study led by Johns Hopkins professor Frank R. Lin found that older adults with a mild, moderate and severe hearing loss were 2x, 3x and 5x more likely than their peers to develop dementia. “When your brain is constantly getting garbled auditory signals, it has to spend more energy and use more resources to decode that sound,” Lin explains. What’s more, people with hearing loss tend to avoid social situations. “Social isolation is linked to an increased risk of dementia and Alzheimer’s,” Lin says. Yet more proof that at the earliest signs of “What was that again?” you need to get thyself to a doctor.

6. Not your grandma’s hearing aid

Millennials and Gen Zers aren’t interested in hiding their hearing aids like they’re something shameful. They’re getting them bedazzled and bejeweled, like this Cooper Hewitt Museum collection designed by New York artist Elana Langer. There are entire Pinterest pages devoted to ways of decorating your hearing aids and making them more noticeable.

7. We're on the cusp of some amazing advances

The new technologies being developed to treat hearing loss are staggering, from fitness apps that act like an exercise tracker for your ears to new research looking for ways to use infrared laser light in hearing aids, which German neuroscientist Tobias Moser hopes will enable users to “recognize melodies in language and music.”

Perhaps most remarkable of all, there have been new research breakthroughs that could lead to a drug to prevent hearing loss before it happens. A compound called kenpaullone has had promising results in lab mice, protecting their ears from sounds as loud as 100 decibels. Could we get a vaccine to protect hearing loss along with our shot for small pox? Now that would be music to our ears!

Eric Spitznagel has written for Playboy, Vanity Fair and the New York Times Magazine, among other publications.