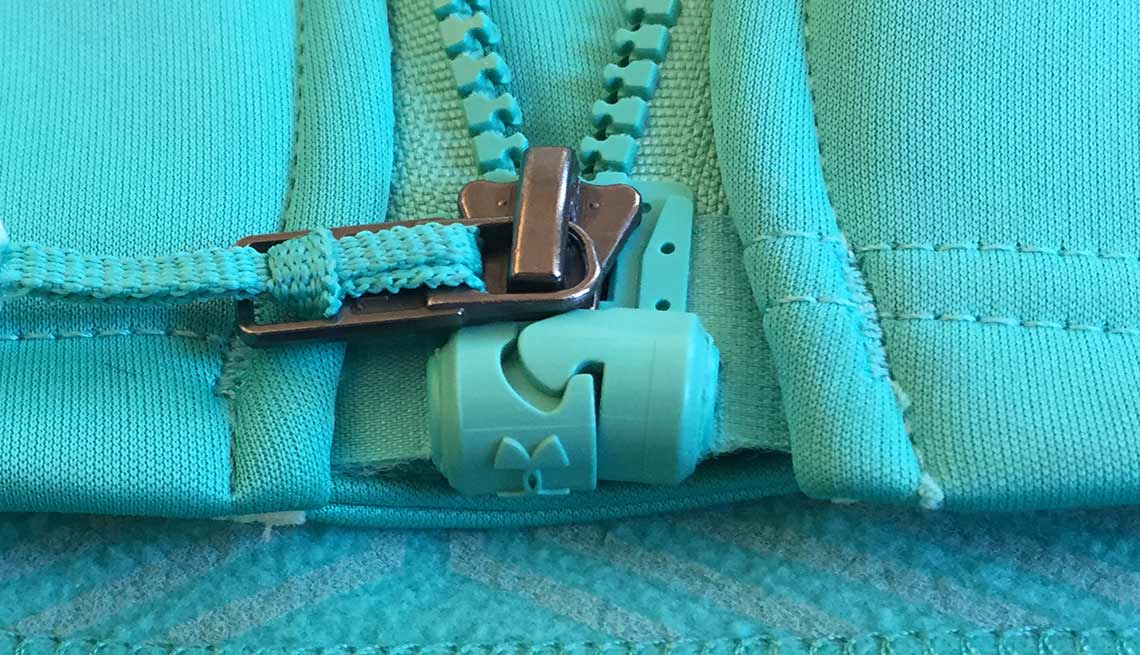 Scott Peters didn’t think much about zippers until he witnessed his uncle struggling to use one. His uncle has myotonic dystrophy, a condition that causes muscle deterioration and weakness and turns zipping up into a daily ritual of frustration. To help, Peters invented MagZip, an ingenious hook-and-catch system that magnetically clasps together for foolproof zipping, even with one hand.

“How do people do everyday tasks that you don’t really think about, and what can we do to make those better and easier?”

“In the beginning, the focus was to make something work for my uncle,” says Peters, an engineer at General Motors. “But I also thought that the opportunity exists to rethink some fundamental aspects of how a zipper works.”

As it turns out, the traditional zipper wasn’t a problem just for his uncle. From the very young to the very old, to skiers with thick gloves on, to parents struggling with squirmy kids, many people find zipping up a challenge. So Peters approached the problem using a variation on the question behind many other universal-design breakthroughs: “How do people do everyday tasks that they don’t really think about, and what can we do to make those better and easier?” MagZip may have been designed for a specific use case — just as Oxo’s pioneering Good Grips vegetable peeler was originally intended for arthritic users — but its benefits extend to everyone.

Before MagZip, the zipper hadn’t changed much since Whitcomb L. Judson unveiled his “clasp locker,” a complex hook-and-eye fastening system, at the 1893 Chicago world’s fair. The clasp locker, unlike the Ferris wheel, failed to enthrall the crowd, since its fastener kept popping open. Gideon Sundback, a Swedish American electrical engineer, improved on Judson’s design in 1913 by increasing the number of teeth per inch from 4 to 10 or 11. But since its beginning, a successful zip has hinged on deftly uniting a two-part base by slipping a pin into its corresponding box, then pulling up the slider. MagZip streamlines the process with a base that aligns automatically when its two magnets click together from the side.

Peters didn’t arrive at the breakthrough immediately, or on his own. In 2007, he spent a few months gluing magnets onto existing zippers with the help of his mother, Nancy, an occupational therapist well versed in universal design. That approach didn’t quite work, and after many more months of tinkering, the mother-son team brought in Dave Lyndaker, a neighbor and family friend, to lend a mechanical designer’s expertise to the project. Together, the trio began designing, producing and assembling zippers, eventually making about 25 prototypes before realizing their groundbreaking solution — a zipper with just enough magnetic attraction to stay securely together and enough leverage to be zipped single-handedly. 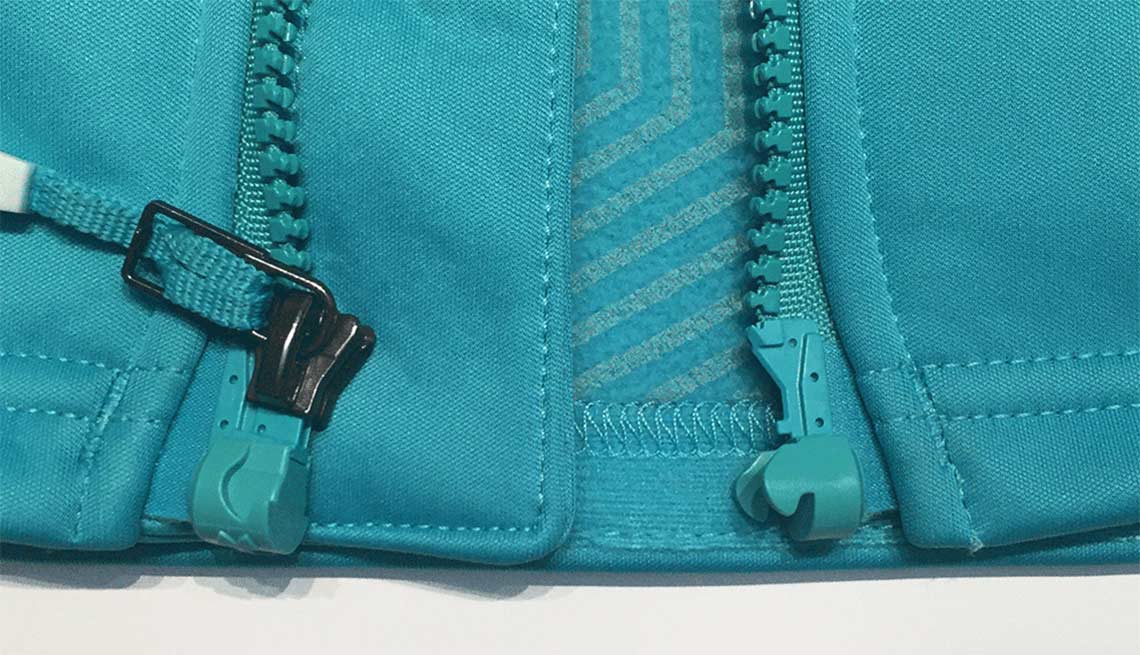 A pair of magnets align the base of the zipper.

The team patented the design and began shopping around an early version to clothing companies and zipper manufacturers. Despite positive feedback, the zipper received no takers. “I think there was a lot of hesitancy over what kind of reaction you would see from the market,” Peters says. The big question: Would  customers pay more for an item that is perceived as a commodity? Then sportswear company Under Armour, on the lookout for new ideas, stumbled across the zipper patents and approached the MagZip crew. “The key was finding the right partner, someone who had the vision and foresight and who was willing to spend the money to make it happen,” Peters says.

“The beautiful part of innovation and design is challenging the status quo.”

Under Armour introduced MagZip in its fall 2014 collection and continues to feature the zipper on select jackets, vests and hoodies. Individual zippers can also be purchased for $8 each. Peters says that he and his co-inventors are hooked on tackling similarly overlooked products, including other types of closures for clothing. “The beautiful part of innovation and design is challenging the status quo,” he says. “Almost everywhere you look, there’s going to be a better way.”

What is it?
A zipper with built-in magnets that automatically come together and lock in place

Why is it disruptive?
The team behind MagZip reinvented the zipper for those with physical limitations (limited dexterity, impaired eyesight) but in the process reinvented a classic design for people at both ends of the age spectrum — the very young and old — and everybody in between.

How to get it?
Under Armour features MagZip on select jackets, vests and hoodies. The zipper’s inventors also sell their creation separately for $8 each through their company, DNS Designs.