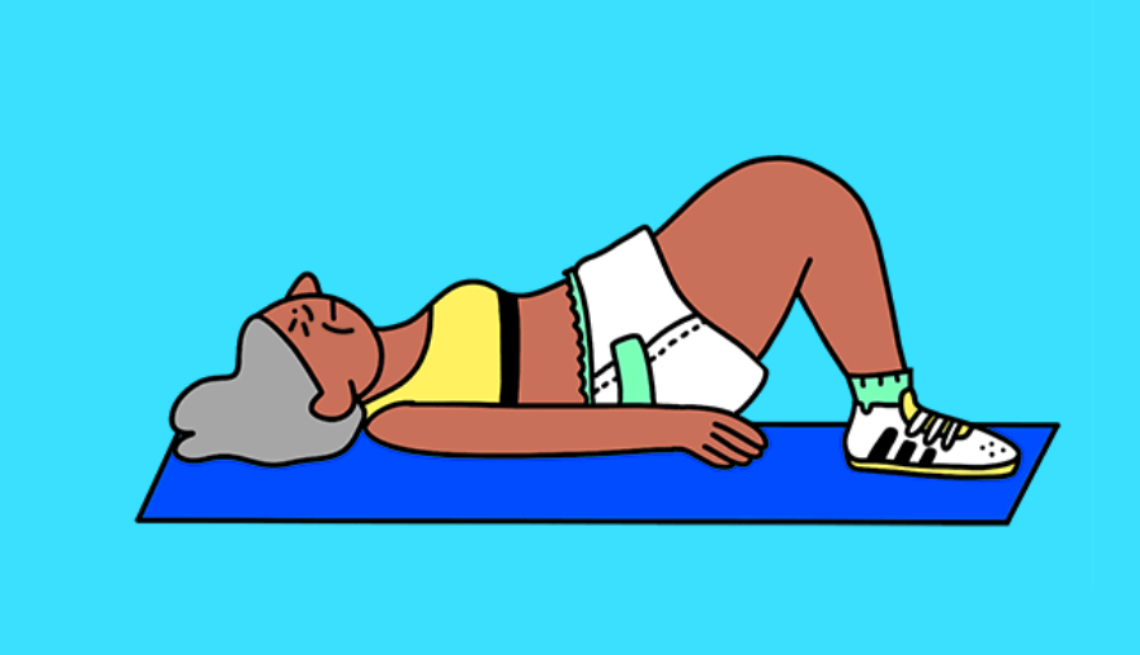 Exercising can be all fun and games — until you have to do a few jumping jacks. Because jumping jacks — like any activity that requires a bit of exertion — may trigger an unwelcome release of urine.

Urinary incontinence, or leakage, is experienced by women of all ages — but especially by older women, as the weakening of pelvic floor muscles can take a toll on bladder control over time, says Danielle Antosh, M.D., a urogynecologist at Houston Methodist. A University of Michigan-AARP poll discovered that nearly half of women between the ages of 50 and 80 experience urinary incontinence.

This means that not only exercise, but even laughing, coughing and sneezing, can result in an embarrassing dribble. Sex is another area where a lack of control can prove troubling. Urinary leakage during intercourse is estimated to affect up to a quarter of women with incontinence, according to the North American Menopause Society.

The good news: The pesky leakage problem is not a normal part of aging, and it can be treated.

The best remedy is likely to be pelvic floor muscle exercises, better known as Kegels. Squeeze and lift the muscles of the pelvic floor and around the vagina, Antosh says. These are the same muscles you would squeeze when you are trying to stop the flow of urine. Tighten for three seconds and then relax for three seconds. Do three sets of these squeezes 10 times a day. Even if you're postmenopausal, Kegel exercises can restrengthen your pelvic floor muscles and abdomen and help you regain control over your bladder.

Other pelvic floor exercises to help reduce incontinence include pelvic tilts, says Laura Arndt, CEO of Matriarc, a post-delivery app for mothers. You can learn how to do them here.

During pregnancy, for example, your ligaments soften, and your pelvic floor and abdominal muscles stretch, says Sara Reardon, a physical therapist in Louisiana. Actual childbirth doesn't do you any favors, either.

"During childbirth, a woman may push for hours, causing additional lengthening of the pelvic floor muscles abdominal, or potential tearing may occur of the perineum,” Reardon says. “These pelvic floor muscles do not just spring back after pregnancy and birth: They have been lengthened and potentially traumatized, and need to be retrained and rehabilitated to sustain the pressure from a jump, cough or sneeze."

But this isn't the only reason why your bladder is acting up. Menopause, too, is a culprit. Since your ovaries stop making estrogen during menopause, your vaginal tissue becomes less elastic, and your urethra lining thins. As a result, your pelvic floor (or those muscles supporting your urethra and bladder) weaken.

If the problem doesn't correct itself through exercise, talk with your doctor.

"If any leakage is experienced, I would let your doctor know, and request to see a physical therapist,” Reardon says, noting that women should wait four to six weeks postpartum before working on their recovery.

Pelvic floor physical therapists and urogynecologists specialize in treating women with bladder issues. They can do everything from offering nonsurgical exercises and medicines to performing minor surgeries to correct the problem.

They would examine you to determine what might be causing the incontinence before determining an individualized plan. For example, sometimes simply losing the pregnancy weight will help: A Yale study found that women who returned to their healthy BMI within a year of giving birth reduced their risk of pelvic organ prolapse, which can lead to incontinence.

Then, it's up to you to decide whether you ever want to do another jumping jack. Sans incontinence, they might actually be fun.