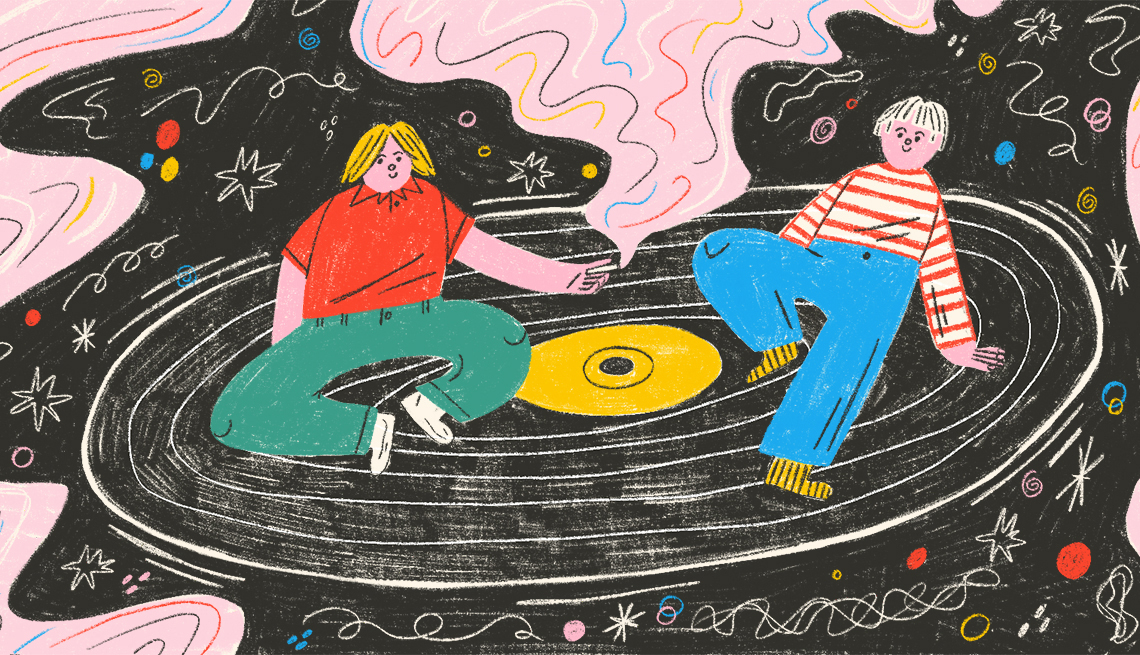 Is true friendship a question of chance or choice? I think, as with most of life's greater mysteries, it depends on the circumstances.

It is said that if you want a friend here in Washington, D.C., get a dog. I guess this sage advice can be applied in other ways, like if you're a cat person or a digital native who's happy cultivating human connection on social media. How strange to call an activity that you can do in absolute privacy, without ever looking up from your smartphone to engage with actual people, “social."

We all know that very few of the 1,357 contacts we might have on Facebook meet the definition of a friend. In fact, the concept of friendship is easiest for me to define in terms of what it isn't.

In all the jobs I've had, I've made plenty of friends, but I have to stop and think before I can remember their names, let alone what they looked like. Whereas I could reel off without much thought the handful of names of people I've called best friends. There's Charles, for example, my close pal from fifth to seventh grade. For those fans of Game of Thrones, Charles’ shock of silver hair would mark him as a member of House Targaryen—you know, the family with the dragons and the predilection for insanity. But in my adolescent years, what we had was Lord of the Rings — just the paperbacks. And the only thing on HBO was boxing.

This was in Fairfield, Calif., an hour's drive northeast of San Francisco and five or six years after the sixties. During this groovy period our 12-year-old selves were not in the mainstream. We'd spend hours in his dark bedroom, reveling in the sounds of Beatles and Grateful Dead records, window blinds shut against the daylight, a towel under the door to keep the smell of whatever we happened to be smoking from spreading into the rest of his parents’ house. (The parents, of course, knew better.)

I was new to town; Charles was not. I shared a small apartment with my single mom and little sister. He, on the other hand, was an only child whose parents were still together (though they were headed in the direction of divorce). Of all the kids I knew in middle school, there may have been no two other boys who liked rock ‘n’ roll as much as we, who could get lost for hours reading science fiction.

My little family left Fairfield before I finished eighth grade. His stayed. Suddenly, the eighties were upon us. I was halfway across the country, in the Midwest, and I learned that friendship has a shelf life. Unaccustomed, as other young, straight men of that time were, to acknowledging affection for a friend of the same sex, I harbor no doubt about the depth of my love for Charles.

But “space” (defined as distance) had put one dent in our deep comradeship, and “time” (defined as years) made it only deeper. People wrote letters back then because there was no email, not to mention that long-distance bills could cost you hundreds of dollars a month. And through our correspondence, I learned that my friend was going by “Charlie” now, that his interests had moved from classic rock to punk and ska and that he had grown ever more consumed with the pursuit and retention of relationships with girlfriends inclined to dramatic displays.

My throat clenches when I think of the phone call I made to Charlie on one winter night in Wisconsin. The name change made sense when he started talking in the vaguely drawling manner of the man he'd become: a quintessential California hippie stoner dude. (Say it with me: “Dewd.") Gone was the clear enunciation, the flashes of literary wit.

I was sad but didn't wallow in that emotion. Nor do I now, despite the fleeting sorrow I feel when pondering that I don't know what's become of him. He's not online or anywhere else, as far as I can tell. I'd give a lot for one more chance to see the guy, even if the only thing we have in common is a past we'll never share again.