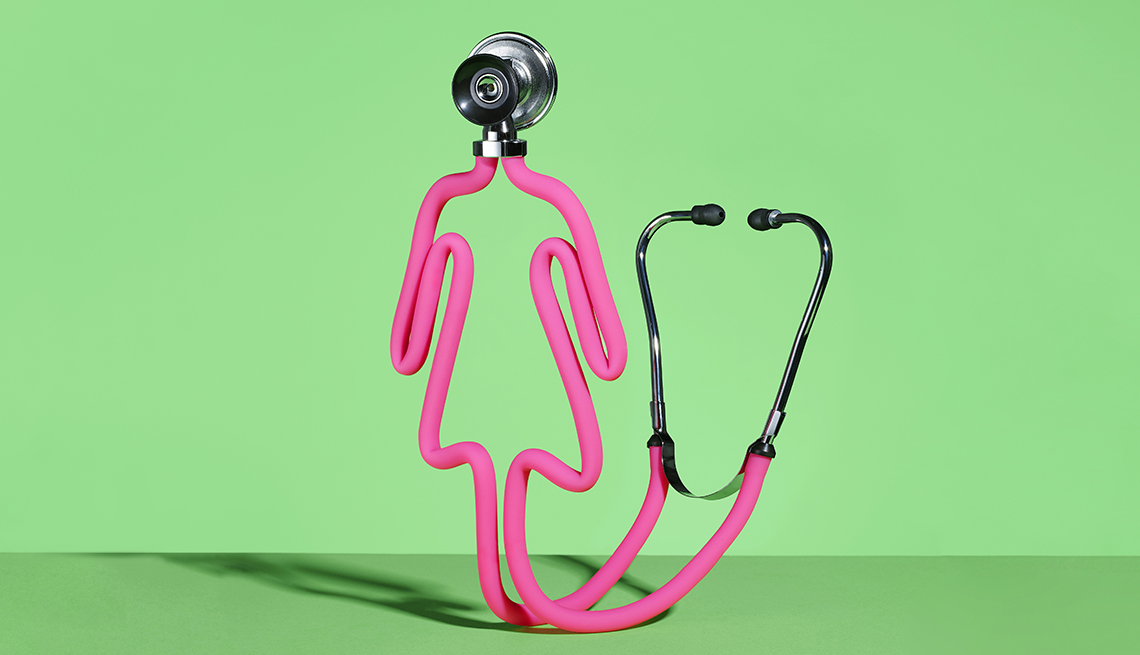 Who knew we’d actually be nostalgic for those sex ed classes? Sure, they were awkward, but at least we were literally schooled on the ABCs surrounding our hormonal cycles. Decades later, we’re seemingly back to square one, wondering why our bodies and moods have once again started to betray us. And judging by the reaction of our loved ones, we’re not the only ones impacted by the changes.

Make no mistake: The confusion and frustration about perimenopause and menopause are real. “Women are often in the dark because the symptoms aren’t that well understood,” says Sara Gottfried, a San Francisco-based gynecologist and best-selling author. (Her latest book, Brain Body Diet, was released March 5). “When we’re younger, we think of menopause as some cliff we must drop off from when we turn 50. The truth is, there’s a long preparation that our bodies go through before our final menstrual cycle.”

To find out more, Gottfried answered our, uh, burning questions.

What is really happening to me on the inside?

Five hormones are in flux during perimenopause: estrogen, progesterone, cortisol, thyroid and testosterone (factor in insulin and leptin as well if there is weight gain). Perimenopause — the years of hormonal upheaval before the final menstrual period — begins with dropping progesterone levels and ends with dropping estrogen. During the first phase of perimenopause a woman runs out of ripe eggs and “the hallmark is shorter cycles and heavier bleeding,” Gottfried says. The second phase is defined by lower estrogen and skipped cycles. Despite the perception that there’s a continuous decline in estrogen en route to menopause, “it can fluctuate wildly,” she notes. In fact, excess estrogen is the reason why women experience breast discomfort.

For the sake of my loves ones, how can I get a handle on my moodiness?

Remember when you raged at your parents as a teen? During perimenopause, your partner and/or children become those public enemies. That’s because of heightened PMS symptoms from estrogen (read: irritability, anxiety, depression) and our rising stress levels from cortisol. Even more disheartening, the old methods of coping — a glass of wine and chocolate — won’t help because alcohol and caffeine raise cortisol levels and disrupt sleep . . .  leading to more stress. Gottfried recommends prioritizing a deep sleep. “You need a minimum of 90 minutes every night [of deep sleep] so your brain gets refreshed and you can reduce anxiety and depression,” she says. Devices such as a Fitbit Versa can help track your zzz's.

How long will the mood swings last?

Good news: Menopause will resolve the moodiness. Bad news: The path to menopause can last up to a full decade. But regular exercise can reverse the trend of estrogen dominance, which can help your mood under stress. Foods with the fatty acid phosphatidylserine, such as soy beans, carrots and cabbage, can also improve your mood. Most important? “Having an honest discussion with your spouse and children about what you’re experiencing can nurture understanding,” she says. “It’s especially important to talk to your partner about a lower libido to help restore a loving relationship.”

Ugh, I just stained my sheets. Why is the bleeding so heavy now and when will it stop?

The excessive — and sometimes annoyingly constant — bleeding could be due to estrogen dominance, fibroids or even endometriosis. And though diet changes, exercise and supplements can deter the symptoms, Gottfried advises women to tread carefully and talk to their doctor for peace of mind. “Anyone with bleeding that occurs more frequently than 21 days, or heavy bleeding soaking a pad or tampon in less than three hours or bleeding that persists for seven days or longer should seek medical attention,” she cautions.

What can I do about hot flashes?

Once again, hormones are to blame. “The accompanying changes in hormones as the switch occurs from one menstrual cycle to the next can make the symptoms like hot flashes worse,” Gottfried says. They’re especially noticeable in the week leading up to your period because of the decline in progesterone. To help reduce the intensity of feeling like you’re in a sauna, try paced respiration: Breathe deeply for 20 minutes twice per day with a five-second inhale, a 10-second hold and a five-second exhale.

Will my skin ever look dewy again?

The problem is estrogen. Its reduction at menopause decreases the moisture content of the skin and its elasticity, leading to an increase in wrinkling and sagging, sigh. Lowered estrogen adds up to a decrease in skin collagen as well. But hope is not lost! “You can slow the skin-aging process by encouraging collagen to flourish in your body,” says Gottfried. For starters, instead of that a.m. caffeine fix, try a collagen latte: 1 cup of decaffeinated coffee or tea, 1-2 tablespoons of collagen powder and 1 tablespoon of coconut oil. Blend until frothy!

Name one positive about the road to menopause. Go.

As you stop juggling fluctuating hormones, “I believe perimenopause and menopause are the end of the accommodation that women are taught to do,” Gottfried notes. That means speaking your truth and stopping that need to feel responsible for the happiness of others. Besides, “So much of how you age is down to how well you take care of your health,” she adds. “If you take the steps to balance your hormones with how you eat, sleep, move and think, menopause can represent the start of a new phase of life rather than the end of one.” That’s better.