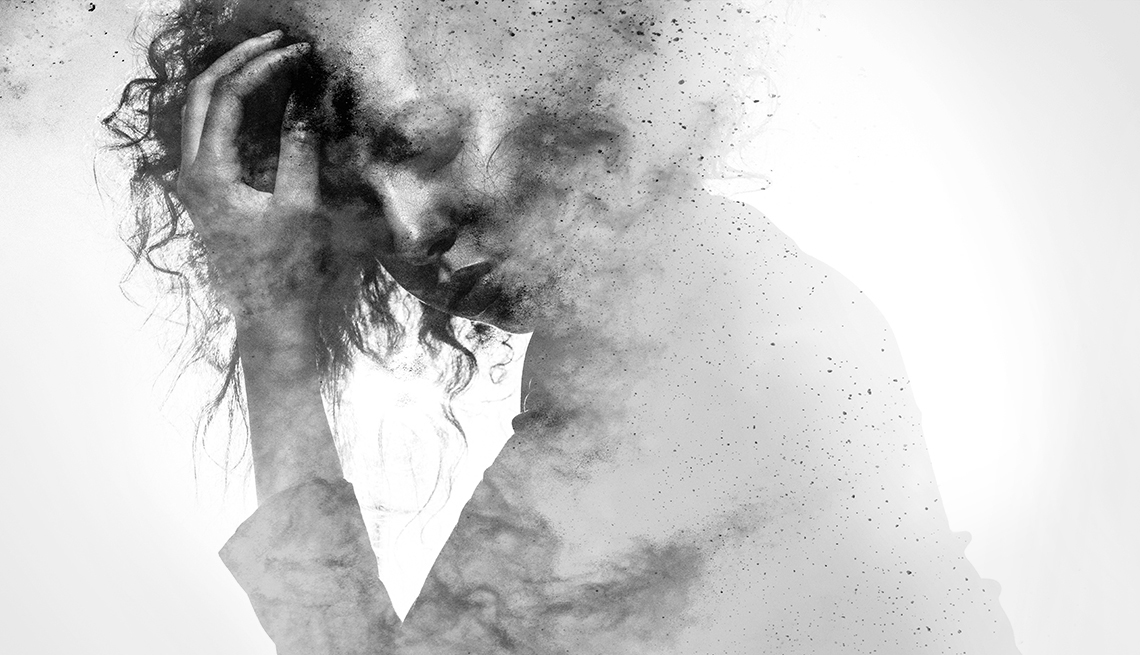 You can't remember where you put your keys, and you found your phone in the fridge. You may automatically leap to the conclusion that you have Alzheimer's, but there are a few much more likely reasons for your memory loss.

How it affects memory: Your body is making less estrogen, which affects the brain because its hormone receptors are involved with memory, says Raymond Oenbrink, a family physician with Appalachian Wellness in Asheville, North Carolina. A recent study found that hormone changes during perimenopause may cause a decline in verbal memory; and another study published last year shows that it's harder for women to learn during perimenopause.

Do you have it? Perimenopause generally begins in your mid-40s, but it can start in your late 30s or early 40s. Symptoms include varying cycle lengths, hot flashes, night sweats and insomnia.

How it affects memory: This vitamin plays an important role in neurological function, says Edwina Clark, a registered dietitian in San Francisco. Deficiency can lead to neurological symptoms like confusion, poor memory and depression. At risk are older adults because stomach acid production decreases with age — and this acid is necessary to absorb vitamin B12 from food, Clark says.

Do you have it? If your skin is paler than usual, if you're tired or weak, or if you have a “pins and needles” sensation, you should get tested for a B12 deficiency.

How to get your memory back: Vitamin B12 is primarily found in animal-derived foods and fortified foods (cereal, for example). You can also take a B12 supplement.

How it affects memory: A 2015 study found that depression leads to short-term memory loss. And another study found that people who were sad couldn't identify objects that were similar to those they saw previously. “Depression, anxiety or any other mood disorder creates a background noise — running thoughts or emotions — that do not allow the information to land where it needs to land for proper processing,” says Ayesha Sherzai, codirector of the Alzheimer Prevention Program at Loma Linda University Health in California.

Do you have it? Clinical depression symptoms include hopelessness, irritability and a sad feeling that doesn't ease.

How to get your memory back: The good news is, this isn't permanent memory loss. When you feel better, your memory will be better. Depression-related memory loss can be managed with antidepressants and therapy. As always, talk to your doctor about possible remedies.

How it affects memory: Under short periods of stress, your body releases cortisol, norepinephrine and adrenaline to prepare itself for a threat, says Robert Zembroski, a chiropractic neurologist, clinical nutritionist and author of Rebuild. “Elevated stress hormones over time produce structural changes in the hippocampus that lead to memory disorders,” he says. The loss of neuron connections in your prefrontal cortex can add memory problems, especially as you age.

Do you have it? Headaches, insomnia, tense muscles and an upset stomach are all signs that you might have too much stress.

How to get your memory back: If you can't get rid of all your stressors, there are other small changes you can make that can help, Zembroski says. These include getting seven to eight hours of sleep nightly, exercising daily and using association to remember things (create a visual for your brain, fixate on it, and associate it with whatever you're trying to recall).

How it affects memory: This vitamin targets genes in the brain, and enhances neurotransmission (important for memory and executive function). Older adults aren't as efficient at making vitamin D endogenously, and they're more likely to spend time indoors (no more afternoons spent at the playground), Clark says.

Do you have it? If you are tired and often getting sick, and have excessive hair loss and muscle pain — get tested.

How to get your memory back: Vitamin D is produced via the skin through sun exposure or through foods naturally containing the vitamin, such as fatty fish (salmon and tuna) or fortified foods (milk and some cereals). You can also take supplemental vitamin D pills.