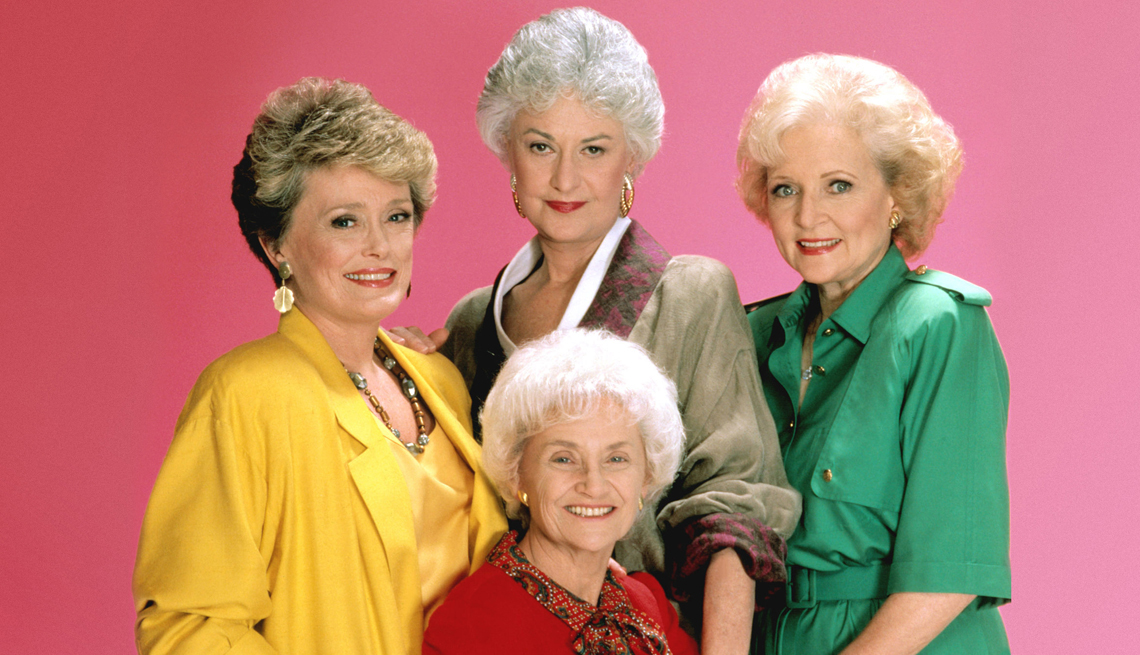 There's a good chance that when you hear the words “Thank you for being a friend,” you automatically, and with a wide grin, sing the next sentence, “Traveled down the road and back again. ..."

Those lines are part of the famous theme song to one of the most-beloved television shows of the 1980s, The Golden Girls. During your younger years, you probably sang along with the catchy tune while never giving the sitcom's premise—four women spending their golden years together in a single-family home — a second thought. But now that your retirement years are sneaking up on you quicker than Blanche did when it came to any sexy, young available men in the neighborhood, the unconventional living arrangement the ladies shared suddenly doesn't seem so unusual. As a matter of fact, should you eventually find yourself widowed, single or unable to live alone (or, for whatever reason, uninterested in settling among strangers in a retirement community), the idea of resurrecting a collegelike living arrangement is one you should seriously consider. Your golden years with your golden BFFs? Yes, please.

The home-sharing and roommate-finding service SpareRoom says its fastest-growing demographic of users is people over 50. Indeed, in the past year alone, the company has seen an almost 30 percent jump among that age group. More proof of the trend: The number of households headed by renters 65 and older is estimated to balloon by 80 percent, to 11.5 million, by 2035, according to the Joint Center for Housing Studies of Harvard University. Out of this trend has sprung a cottage industry with companies like Silvernest and Roommates4Boomers (the latter for only women 50 and older) conducting background checks and connecting older renters and homeowners with one another for a fee.

A majority of those following the “Golden Girls” path cite financial reasons—but companionship, friendship and a sense of familial community are not far behind. And that's a very good thing, because social isolation during retirement years leads to earlier death and a higher risk of hospitalization. But when you're living with or near friends, you automatically have a built-in support system that's there to share not only the rent but also the variety of age-related burdens that may arise. Of course, women are no strangers to knowing how important their girlfriends are to their health and well-being, but what they may not realize until they reach retirement age is that, on average, they will have about $123,000 less in savings than their male counterparts. Add to that the fact that we're living longer and that health care and housing costs are climbing, and it's no wonder the odds are high that many of us are going to be desperately seeking some Susans to bunk with later in life.

Interestingly enough, many single women (and men, and even married women) are beginning to realize as early as their mid-50s that their future living environment may have to be shared and thus are already taking steps to plan their ideal communal-living situation. Many are pooling their financial resources early on, with an eye toward creating specialized living spaces for retirement. They are eschewing the normal course of things (grown children assuming the responsibility of finding safe and affordable living arrangements for their parents) and are making long-term plans, even building new homes together and investing in entire shared living communities—and all with plenty of decades left to enjoy them.

If you're able to mutually fund a land purchase, and then individually build a mini shared neighborhood for yourself and your BFFs, you're already winning at retirement. But if finances and space logistics are holding you back, an alternative to constructing your own little corner of the world is building one large house for all of you to live in.

Such was the case for Louise Bardswich, who, in her late 50s, decided an assisted living facility was not for her. And so together with three other women she knew socially, Bardswich purchased a large home and renovated it. It was designed to suit the needs of four women growing old (think wheelchair accessibility and an additional bedroom for an eventual live-in nurse). Plus, the home arrangement is laid out in writing, with contracts that serve as a “legal operating agreement outlining the boundaries for day-to-day communal living in their new abode.” These women seem to have thought of everything and have found their new situation to be the perfect setup for fostering both deep friendships and a graceful retirement.

So maybe the “Golden Girls” had it right, after all. Because who doesn't want to live out her days with the best girlfriends a girl could have while belting out, “And if you threw a party, invited everyone you knew, you would see the biggest gift would be from me, and the card attached would say, ‘Thank you for being a friend.'"