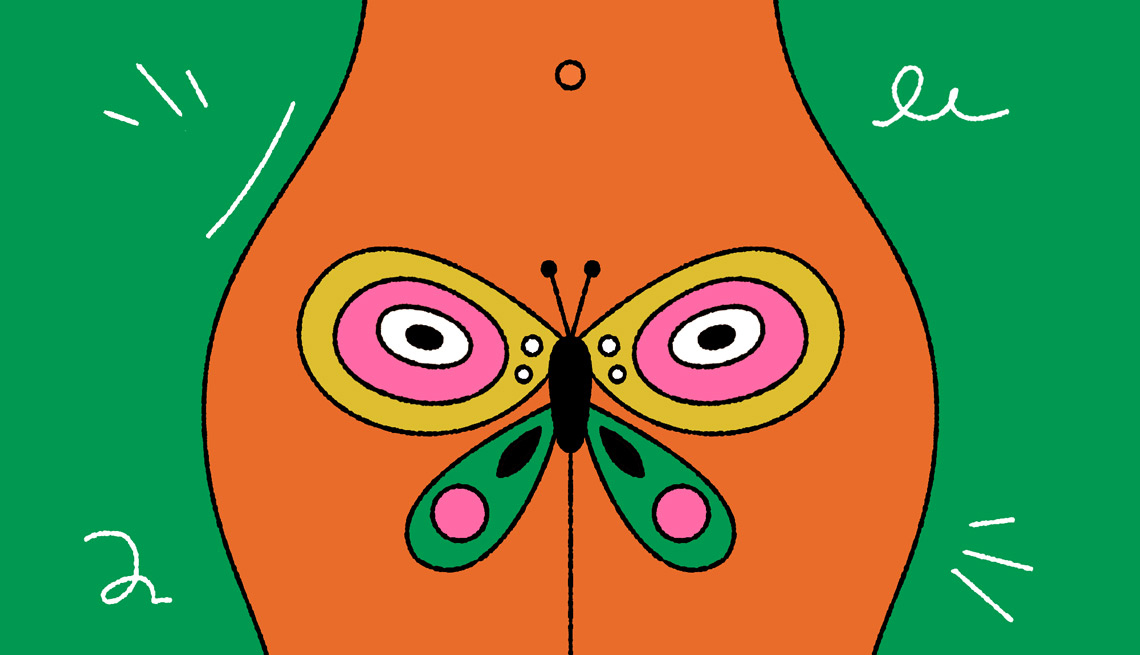 "I'm 69 going on 25,” is how I describe my current sex life. Go ahead and raise an eyebrow if it suits you, but frankly, I'm having too much fun in the sack to care.

Mind you, it wasn't always like this. Like many women my age, my libido diminished mightily at the onset of menopause. As I wrote for The Girlfriend, in my case, it was coupled with my husband having health issues that precluded us from partaking in any “rolls in the hay,” as he once so sweetly called them. The cornucopia of drugs he took brought with them personality changes — and not ones for the better. I had married a teddy bear who was my mate and partner, and now I was a full-time caregiver to an angry, almost unrecognizable patient. And in the process, I lost not just my once active sex life, but any physical affection and romance as well.

All of which is to say that by the time I lost my husband to heart and kidney disease, I had spent more years than I like to count being not just celibate, but without the comfort of the physical intimacy that had been the bedrock of our marriage.

Hey, it happens. A lot, actually. About 20 percent of marriages are sexless. And if you drop in on any online group for spousal caregivers, one of the most frequent refrains is, “Why can't he just hold my hand or say he loves me anymore?"

What menopause started, my husband's health problems finished. I went from being an eager and willing lover to the never-never land of a dry and shriveled vagina — and eventually didn't really even care if I never had sex again. I figured it was nature's way of keeping me sane: It's a gift to no longer miss what you no longer can do.

I had lost every ounce of sexual desire and I never believed for a minute that it would ever return.

Boy, was I ever wrong.

Shortly after my husband died, I met the man whose engagement ring I now happily sport on my finger. He also is widowed, and while our caregiving paths followed a similar course, we were total strangers when we met on an online dating site. I was there researching a story on romance scams, and he says he was there looking for me.

We texted back and forth for a bit, then advanced to phone calls and eventually had an in-real-life date. We clicked — bigly — and we both knew it. But no, we did not rush things. Sex is a big deal for both of us. It signifies a commitment, and we both knew that while we had met someone special, it takes time for a lasting relationship to grow a foundation.

And, of course, there was the practical side of starting a sexual relationship when you are in your 60s. We both had HIV/AIDS tests well before they were “necessary.” My gynecologist could barely hide her surprise when I asked her to test me for all the STDs, since I was pretty sure they had discovered a bunch of new ones in the years I wasn't having sex. I left the visit armed with a prescription for an estrogen cream to toughen up the too-thin tissues of my vaginal walls and the suggestion that I experiment with a dildo to see how things felt.

Truthfully, things didn't feel so great, and I began to worry whether my body would respond, even with the spirit willing. In the interim, my guy and I spent hours kissing and touching and assuring one another that the relationship would not be derailed by performance issues — mine or his, although I was the only one having them.

All in all, I would have to say that my re-entry into a sexual relationship was pretty easy. He says we've both earned our wrinkles and lovingly claims to adore my belly fat. He's a big-time snuggler and never rushed the physical side of our relationship. He took his time, and gave me all the time I needed, too.

We kiss, hold hands, play footsies under the table. Our lovemaking is both passionate and frequent. And now, if you'll excuse me ...