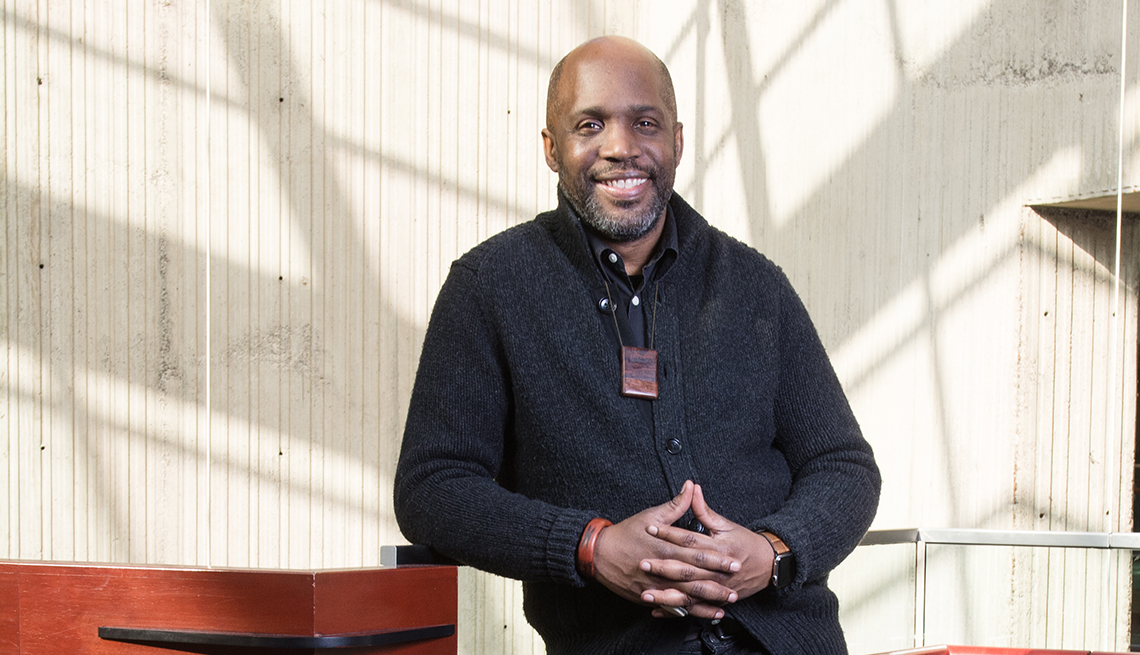 Living in New York City as a gay man in the 1980s, 54-year-old Curtis Lipscomb experienced the full trauma of HIV/AIDS. “The disease was identified in 1981, and I arrived in 1983,” he says. “There was no medication, no support, and a lot of fighting and pain and hurt.”

Lipscomb, who attended the Parsons School of Design in New York and then became a fashion designer, spent the decade helping take care of friends and colleagues as they got sick. In the early 1990s his best friend died of AIDS in his arms. It was at that moment that he decided to dedicate the rest of his life to the LGBTQ community.

“I wanted to make sure that no one would ever have to suffer the way that he did,” says Lipscomb.

In 1994 he moved back to his hometown of Detroit and founded Kick Publishing Co., a media organization focused on the black LGBT community. The same year, AIDS became the leading cause of death for all Americans between the ages of 25 and 44.

Fast-forward more than 25 years and Kick Publishing has evolved into LGBT Detroit, an education and advocacy nonprofit. Here, Lipscomb talks about how the organization has grown and changed under his leadership.

Take us back to 1994. Why did you decide to move back to Detroit, instead of staying in New York?

I had been through so much loss, so much trauma. I wanted to be someplace that was familiar, loving, safe. I left Detroit simply because I wanted to pursue my career in fashion. I had a great life and upbringing here, all things considered, so coming back was a positive thing for me.

Why a media company?

We were at the height of the HIV epidemic. People were dying. People were suffering with the stigma. They were not necessarily finding adequate care. We started a publication called Kick Magazine because we wanted to facilitate an internal conversation within the LGBT community — Where and how can we get the services we need, and how can we improve our quality of life?

Because the magazine was based in Detroit, we were speaking to a Midwestern point of view. Family values were important. It was meant to be locally produced and locally distributed, but pretty soon it got national attention. I think because of the limited number of black LGBT publishing houses in the country at that time. We were literally going to Kinkos, folding, stapling, shipping.

Pretty quickly you began to embark on projects beyond the magazine.

Yes, those first few years were a big period of experimentation and discovering how we could best serve the community. The following year, in 1995, we started Hotter Than July, a black-pride event. It’s now the second-oldest black LGBTQ celebration in the world. We will celebrate our 25th anniversary next year.

Why the decision to morph into a nonprofit?

While we had a for-profit business with the publishing company, we were always doing community-service work. In 2003 we became a nonprofit. As a publishing company, we were really focused on a product. Our new product became serving people and their needs. In 2014 we rebranded as LGBT Detroit. The original name, Kick, was taken from a popular dance from the 1970s. We wanted to name it in honor of the youth who grew up and came of age in the ‘70s. But as time went on, we wanted to be part of a bigger community and speak to people of all ages.

You’ve been heading this organization now for more than 25 years. What are some of the accomplishments you’re most proud of?

A significant milestone occurred in 2016, when we bought our first property. Last year we expanded to the property next door, so now we’re a campus. We are the first African American–led LGBTQ organization in America to own its headquarters and surrounding property. Considering we started working out of my home in downtown Detroit — our first computer was a Macintosh II — it feels incredible to have a permanent home.

What else makes LGBT Detroit unique?

Historically, the LGBT narrative was a white-male narrative. Then in the mid-'90s, as antiretroviral drugs became available, white men stopped getting infected with HIV at the same high rates. But the infection rates didn’t go down among black men and boys. We were just awarded support to do legislative advocacy, and we’re excited to work with the new governor of Michigan and share with her our concerns about the HIV epidemic among young black men.

After all you’ve seen and experienced over the decades, are you still hopeful for the future?

I am. I am thrilled that there are people that believe in us and who are giving of their time and talent. I see the good that is coming out of our work with educators and future leaders and families. So I am optimistic. I know what the other choice is, which is to do nothing. And that’s unacceptable.