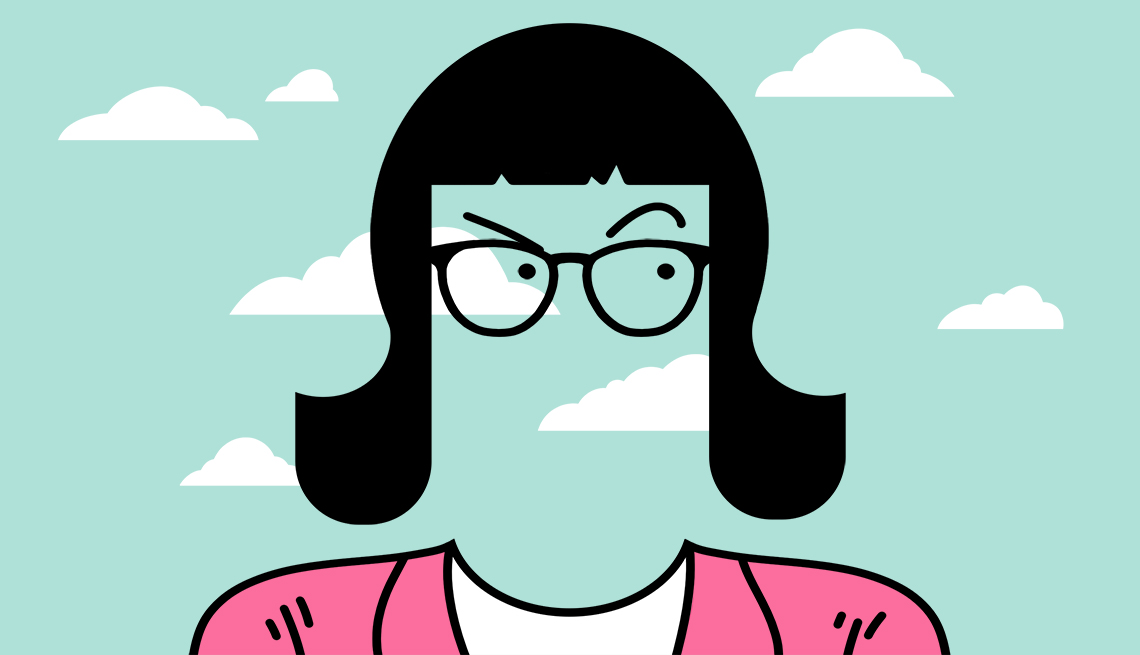 As we age, women complain of feeling invisible. Sometimes I feel too visibly 60-plus. In a fashion-driven store like Madewell, a saleswoman who looks like a teenager politely meets my gaze, sweetly saying, “Who are you shopping for today, ma'am?” It makes me smile, as it's almost true: I'm usually browsing for my millennial daughter. Sometimes I buy myself a shirt, albeit not a midriff-revealing one.

Other retail experiences are less amusing. When my computer died, Apple had to migrate my data overnight to my new one. A young Ms. Genius brought it out, boxed and ready for its new abode. I wanted to test it first, so I wouldn't have to return to my least favorite “bar."

She reacted as if I'd requested a dozen iPhones for free. She conferred with a Mr. Genius.

Leaning over me, he sternly warned, “I can't teach you how to use the new computer."

"I never asked you to do that. I know how to use it,” I snapped back.

Grudgingly Mr. Genius unpacked it, complaining as if I'd asked him to take apart the machine's motherboard and reassemble without a manual. Ms. Genius asked, “Do you need to sit down?"

Her tone was insulting. Couldn't she tell I swam laps four times a week? That I wasn't her grandmother? — even though, technically, I could be. In her eyes I seemed to be “old lady + computer = nightmare."

An ominous window popped onto the screen of my new computer. Word could not be accessed. Ms. Genius said, “Did you originally download it from a disc?"

"Who remembers what I did six years ago?” I regretted my words, not wanting to solidify her ageist impression of me. “I'll ask my daughter.” Why did I say that? My humiliation was amplifying externally as if I'd changed my font size to 48.

Meanwhile, my phone was out of juice. I asked Ms. Genius for a charger.

"This table doesn't have adaptors,” she said. “I don't want to make you move."

Being treated like a doddering tech idiot at the Genius Bar made me fume. I felt like listing my career accomplishments. Instead I did what any tech-savvy person would do: I took to Twitter, the suggestion of a friend, a crisis management executive. “They hate it when people complain about customer service on social media,” she claimed.

I blasted their treatment of older customers: Insulting ageism treatment @apple. Immediate reply: “You're a valued member of our family, and we never want you to feel otherwise. Can you send us a DM with details? We'll meet you there."

I met them privately in Twitterland. A store manager apologized, saying they might have to retrain their staff, begging me to return and talk about any technology problems. I was greeted by people in headphones who knew my name. The cheery manager escorted me up a flight of glass stairs as if it were the red carpet at the Academy Awards. I met one of their “greatest geniuses,” who never once said, “This is the phone I told my mother to get.” They even threw in free accessories.

I'd discovered the power of Twitter. No more archaic customer service complaint letters for me!

I was already crafting a tweet to emphasize how tech companies need to rethink how they treat “older” consumers.

Retailers aren't the only ones at fault. When I tried out a new gym's pool, a lifeguard placed swimmers into appropriate lanes to share. Quickly sizing me up, he pointed to the lane with the oldest man. “He's too slow for me,” I informed him, but he insisted I try it out. I had to keep passing the other swimmer like a Corvette weaving in and out of lanes on the interstate. Drying off afterward, I met the gaze of the lifeguard as if to convey: I hope you learned a lesson. Don't judge people by their age.

Soon after I signed up for a group tennis class, where four players were randomly placed together. When the instructor saw me next to three 30-year-old men, he delivered my instructions geared to someone who'd need to sit on the bench between points. My competitive streak went into overdrive. Even though the young guys could outrun me, my technique was more consistent. The teacher's tone changed, my ranking was elevated. Not once during the 90-minute session did I collapse on the bench.

Sure, I iced my knees later — so does 37-year-old Serena Williams. I bristle every time the media qualifies her achievements at every match using the phrase “based on her age.” No matter our age, it's time to stop grouping us by false stereotypes others have conjured up. We deserve to be treated with respect, as strong and confident individuals. And to speak out against ageism every time it occurs.