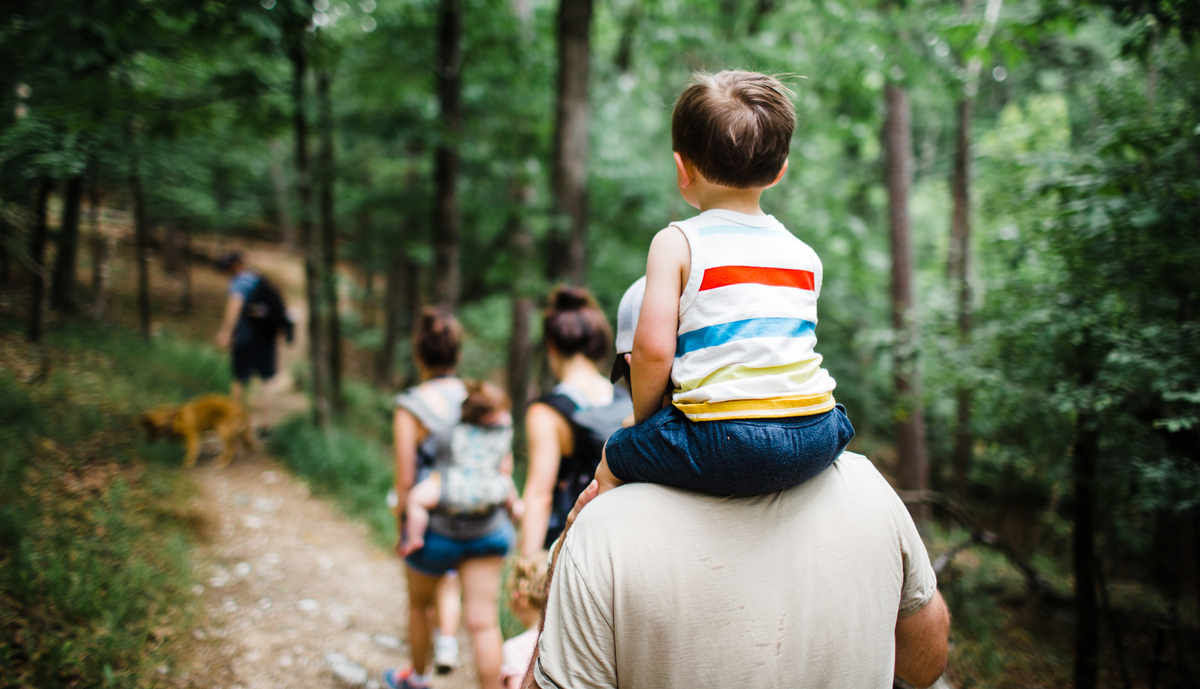 Greg Patterson, 60, who lives in Atlanta, was still single in his late 40s. He didn't think he'd ever get married and have children. Then Greg read about his soon-to-be new hero, the astronaut Story Musgrave, who became a father – again – to a daughter, also named Story, at the age of 72. Story's parenting experience gave Greg hope that someday he, too, would be a father. As luck would have it, he soon met his wife, Kah-Leng, 49. They married when Greg was 50, and they have two children – Max who is nine years old, and Xander, who is seven.

Greg has taken his later-in-life fatherhood as inspiration and created a podcast, Fathersafter50.com, where he talks about being an older father. He covers all kinds of topics about the joys and the hard work of parenthood later in life. “As an older dad, you don't have 40 or 50 years ahead of you like younger fathers do,” says Greg. “It's important to give your children the attention that they need now, while they're growing up. You need to take good care of yourself, even more than younger fathers do, so you'll be around.” Greg takes this to heart and is in better physical shape than he was before he had children. He's ridden a 100-mile bike ride in just over 9 hours and uses gymnastics rings to strengthen his core and his shoulders. He claims that his eyesight has improved as well. “With two active boys under the age of ten, I get to play soccer, ride bikes and have all the fun young boys like to enjoy,” Greg says.

While fewer than 1 percent of first-time fathers are over 50, there are benefits to being a later-in-life father. Dr Paul Turek, a men's health and fertility urologist, says that men who have children at an older age tend to live longer. As an added bonus, their children tend to live longer as well. Being able to father children at a later age indicates good health overall, which can be passed on to offspring.

R.J. Cutler, 58, is a television and film producer and director of documentaries, including the Academy Award-winning The War Room, The September Issue, the Emmy-winning reality TV show American High and fan favorite Nashville. He has found great fulfillment and excitement in his professional life. It wasn't until he met his wife, Jane Cha, 44, a creator of the original Project Runway television show, that R.J. began to think about having a family. “For me, it was finding the right partner, not my age, that made me want to start a family,” says R.J. He and Jane live in Los Angeles and are the parents of two children – Maddie is four and Max is one.

R.J. believes that there are distinct advantages to having children later in life. “Younger parents still have a lot of issues to grapple with – they're still growing up, coming of age. The wisdom you have as an older parent is so valuable,” says R.J. “I get so much enjoyment out of my kids. I love coming down to the stairs each morning to hear Maddie say, ‘It's time for the breakfast party!’ Because my wife is younger, she has a lot extended family that helps us and adds to our kids’ lives – it takes a village!” R.J. says.

Staying connected to his kids as he grows older doesn't concern R.J. at all, since his work in the entertainment industry keeps him connected to pop culture. He hopes to learn from his kids, as they become tweens and teens, what their friends are talking about and interested in. Having young children is keeping R.J. young, too.

Both Greg and R.J. have had great reactions from friends and family about becoming fathers in their 50s. Greg scoffs at the idea that anyone would question his decision to become a father at this point. “If they did say something, I'd laugh and challenge them to a game of racquetball!"

R.J. has never had anyone ask him about his choice to have his first child at 54. “I didn't feel like my family was complete until we had our second kid,” he says. “One of my close friends at Maddie's preschool is even older than I am. He's not a first-time father, but he has a kid Maddie's age."