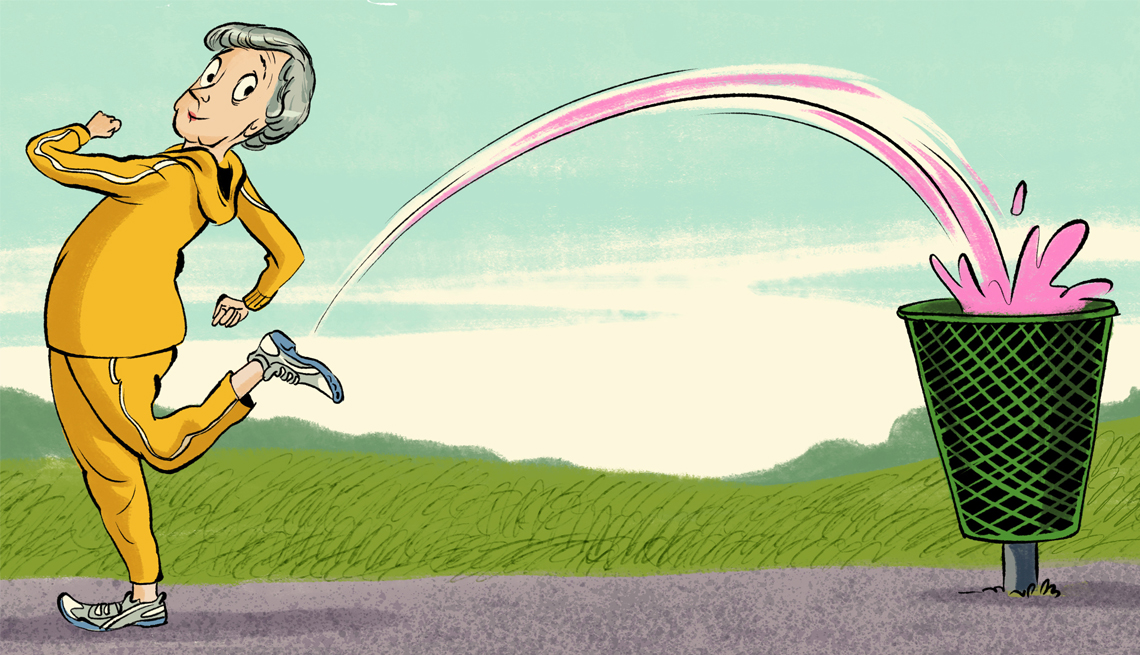 Sometimes I think about choices I've made, opportunities squandered and chances lost, and I worry that one day I'll feel the regret. I don't feel it now: I know the reasons why I chose left instead of right, to stay home with my kids instead of going right back to work, to live in a city rather than a town, to marry, to divorce … But there have been so many moments when the fear of regret not only prevented me from moving forward, it also got in the way of enjoying the path I did eventually decide to take.

When Helen Birdsey of Michigan turned 96, she decided it was time to take up painting. It was something she'd always wanted to do, but for one reason or another, it never seemed like the right time to try it. It took Helen 96 years to put brush to paper and when she did, the results were amazing.

"I've been allowing myself to try something new. Something different,” she told me. “It seems to me like I've tried more things now. I'm not afraid, because if you don't try them, you'll never know if you'd get enjoyment."

That was five years ago. She's grown as an artist and has created dozens of impressive works that have been displayed and admired. Now, at the age of 101, Helen is trying to master the art of meditation. She says it helps her continue to take risks and not waste time worrying about making the wrong choice.

Nick Demos is a meditation and creative coach who helps his clients tap into their creative potential. He works with many different people, including actors, yoga instructors, executives and senior citizens. The day that Nick offered meditation workshops at the Cordia senior living center in Traverse City, Mich., Helen attended two sessions in a row. It was the first time she had tried meditation.

"I was a little shy at first,” Helen recalled. “I saw all these people going and I thought, ‘I'll never be able to do that!'"

But our reluctance to try something new, the fear of failure and our preoccupation with the possibility of future regrets are exactly the kinds of mental barriers that meditation seeks to dissolve. 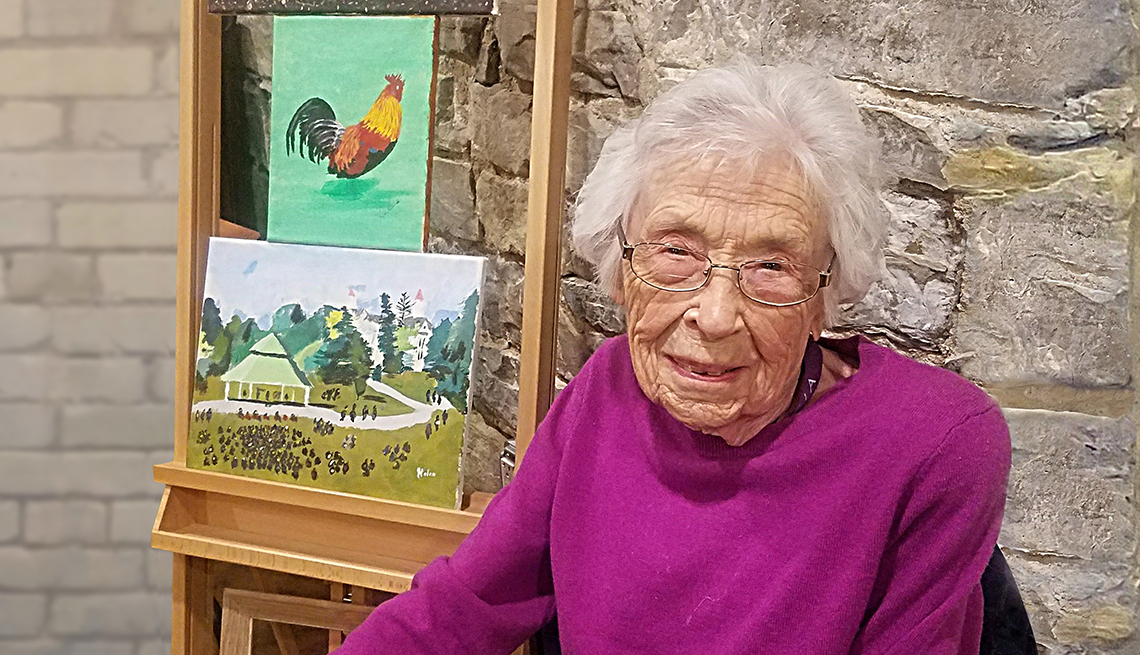 "I truly believe that there are no failures in life,” Nick shared. “There are opportunities for growth. I don't spend a lot of time thinking about what I haven't done."

But he does spend a lot of time helping others who struggle with the fear of regret.

"When I work with students, a lot of regret comes up. They have intense feelings."

Nick feels that mindfulness, or a deeper state of awareness achievable through daily meditation, can be very helpful for people struggling with regrets or the fear of regret. He recommends allowing yourself to have those feelings. People tend to try to avoid feeling regret because they perceive regretful choices as failures. Nick suggests using these moments as opportunities for growth.

"When the fear of regret dictates our choices, it gets in the way of everything. We're making choices based on past regression or future projection. Then you begin to repeat the pattern. That fear of regret actually causes more regret. Like a cycle."

But how can we break that cycle? According to Nick, the key is to notice it, feel it, and then to let it dissipate. This kind of mindfulness allows us to step back and take a bigger picture look at our lives.

"You can actually feel that emotion in your body,” Nick observes. “When you recognize it, the feeling automatically starts to dissipate."

It's a habit Nick calls “surrendering to what is.” This kind of thinking reminds me of Helen allowing herself to finally paint at the age of 96 or deciding to practice meditation at 101.

But mindfulness is only step one in resolving our fear of regret. Step two is making an active choice to let those feelings go, and to move forward with consciousness rather than allowing the fear of regret to paralyze us. This is where meditation can be such a valuable tool.

"You have to get quiet and listen to that intuitive voice that's been speaking quietly to you all along,” Nick told me. “When you get truly clear, that voice will lead you to where you need to go.”

In other words, Nick was telling me not to ignore my fear, but in the end, to go with the voice that's super quiet. The one that's been there all along. That's the way to make a choice and to live with the resulting consequence without regret.

It's something Helen works at every day. At the end of her first meditation workshop with Nick, Helen approached Nick and thanked him for introducing her to the practice. “That really brought me peace,” she said.

Helen carves out time to breathe and meditate in the evenings, when things are still and quiet. She's gotten to the point where she can achieve 15 minutes of clear consciousness before that flurry of thoughts — including the what ifs — comes racing back into her mind. But it's worth the effort: Helen is getting better every day and meditating, or the mindfulness it brings, gives her peace.

Because here's the thing: We all worry about making the wrong choice. We worry about going down the wrong path, and that later we'll look back and be consumed with regret about the time we wasted. But the reality is that the only time wasted is time spent worrying about what we might regret later on.

"I was scared of trying a new thing at first,” Helen told me. “But now I'm not afraid. Life is very exciting. Even at my age. When I think of things that are happening here and outside ... If you keep up with life, it's so exciting."