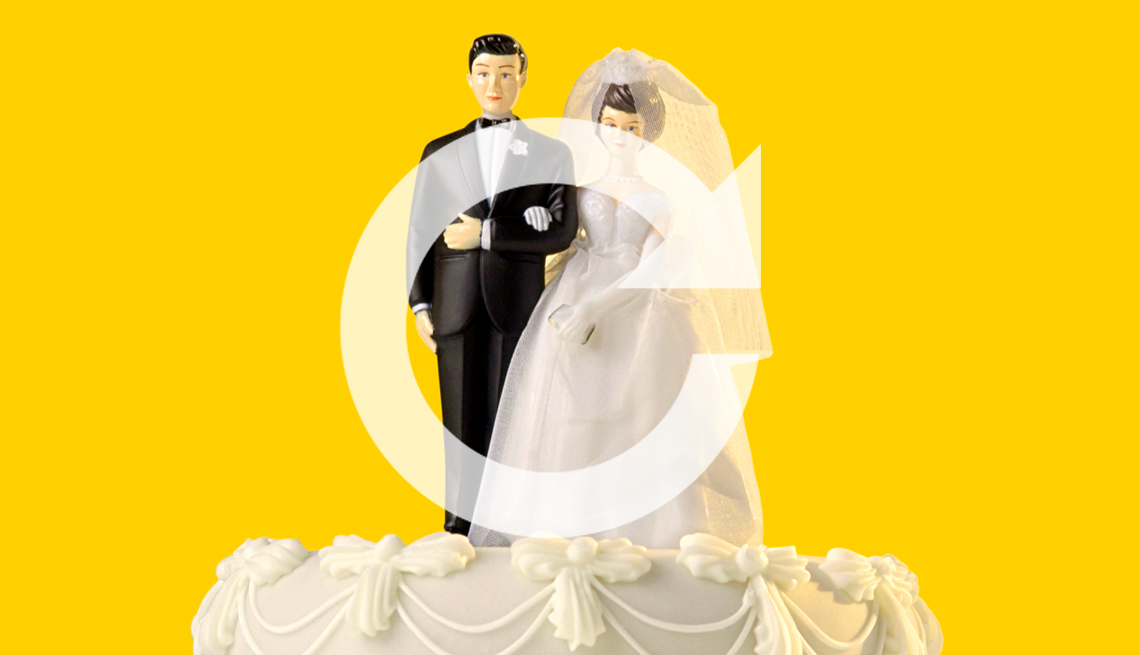 When Lisa Higbee was 18, she fell hard and fast for Josh, 21, a boy from her neighborhood. She told her parents that they were madly in love and that she was bagging college to marry him. Guess how that went? The young couple eloped. But not in Vegas — in John's parents’ living room. There, surrounded by a handful of people, they said their “I do's” in a casual ceremony, no flowers, no cake and definitely not in the dress of Lisa's dreams.

To celebrate, they flew to Hawaii for a do-over wedding in front of a whole new group of friends and family. At sunset, clad in leis and Hawaiian shirts, they said “we do” the way they wish they had. After the ceremony, everyone hopped on a cruise ship and sailed around the islands. “We saved for what we wanted this time around,” says Lisa. “We invited who we wanted, did it our way, and because we made it 30 years, I wanted — and luckily got — a second chance to have the wedding I didn't get to have the first time."

Lisa and a growing number of couples who have made it to their 20th, 25th or 30th anniversary are celebrating decades of fun, fights and sleepless nights with vow renewals.

The Rev. Laura C. Cannon, who has performed more than 1,000 ceremonies and is in The Knot's “Best of Weddings” Hall of Fame, has noticed a recent uptick in midlife weddings, especially small elopement-type ceremonies in a nonreligious setting. “Oftentimes, [brides over 40] were married in a church or synagogue the first time and want the second wedding to feel like a more personal reflection of who they are at this stage of life.”

There is nothing wrong with simple first-time ceremonies. But if you need even an inkling of a reason to throw yourself another party, just take a sec to reflect on all the adult life pressure you not only survived but also managed to maintain a thriving marriage under — you're damn right you deserve another wedding.

Blushing 40- and 50-something brides are celebrating on their terms, without interference from in-laws or budget restrictions, so they can throw the party they want, invite the people they want, exchange the vows they want, and make it as fantastical or as intimate as they want. It's an opportunity for married couples to acknowledge, in front of a new group of loved ones, that their union is going strong and that they can't wait to spend the second half of their lives together. Cue the tissues!

One of the best parts is that there are more wedding options than you ever thought possible (thank you, Pinterest!). Were you stuck wearing your great-grandma's high-neck heirloom dress — why not go for a strapless plunging neckline now? Don't want to be remarried by a clergy member? Since renewals aren't considered legal ceremonies, you're free to have anyone you want officiate. Were you forced to have three distant cousins serve as bridesmaids in pink chiffon dresses you didn't even pick out? This time, feel free to put your dog in a mini Vera Wang to be your canine of honor. It's all you, baby!

Speaking of second-time-around weddings, why not make it a triple? Long-lasting love doesn't get to be celebrated just once when it kicks off, or even when it's halfway done. It can — and should — be glorified as much as possible. Lisa is on board: “As soon as we left Hawaii and our 30th-anniversary do-over wedding, we started planning the ceremony we're going to have for our 50th!"

Would you have a do-over wedding? Tell us about it in AARP's online community.