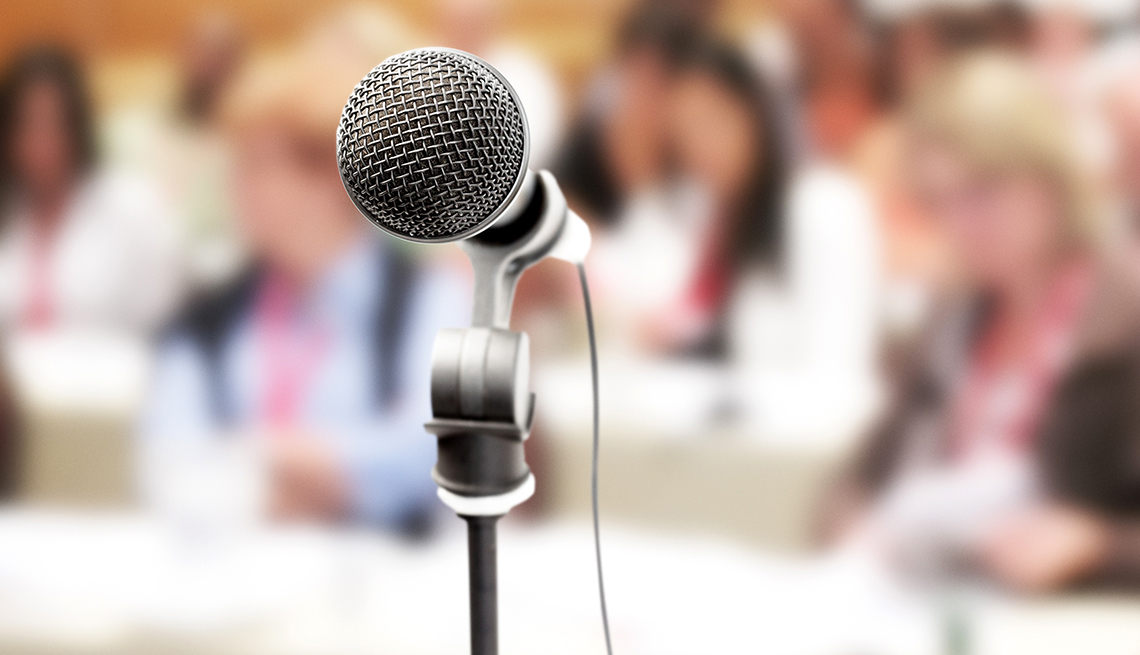 When I was in my 20s, my friend asked me to do a reading at her wedding. I was honored and, of course, agreed. The first time I read the prayer aloud was at the rehearsal the day before the wedding. When I was done, the priest suggested I speak slower the following day.

Although I planned to take his advice, as I walked toward the pulpit my heart began to race. I’ve always been a fast talker, but speaking to the large crowd of mostly strangers sent me into overdrive. In my head I felt like I was talking in a warped slow speed, but when I glanced up at the people in the pews, I could tell I was flying through the verse. After I finished, I promised myself that I was never going to speak publicly again — ever.

It’s been over 25 years since my friend’s wedding, and that was the last time I spoke in front of people who weren’t close friends or family. So I am not sure why I recently agreed to speak at a writers conference, along with one of my colleagues. Maybe it’s that, after years of avoiding public speaking, I feel like it is time to confront my fear.

To get ready for my public speaking comeback, I sought insight from an expert. Lark Doley is the 2018-19 international president of Toastmasters. Many people who have no problem having intimate conversations (like me) are uncomfortable speaking to large groups. They think the audience is judging them, and this makes them nervous, even if they are well versed in the subject they are talking about. “Our goal at Toastmasters is to help people gain confidence by empowering them to be more effective, competent communicators,” Doley explains.

She says that when delivering a speech to a crowd, you have to remember the 3 P’s — preparation, practice and presentation. Preparation concerns not only the speech itself but the speaker and the audience. “You need to write a good speech,” Doley says, “and you also need to prepare yourself, including understanding the room. Will you use a microphone? Stand behind a podium? How you plan to deliver the speech is part of the preparation.”

The next step is practice. “I cannot overstress the importance of practice,” she says. “Repeat it aloud to yourself as much as you can and, if possible, in front of an audience, so you get feedback in advance to determine what works and what needs to be tweaked.”

Finally, work on your presentation. This includes factors like choosing appropriate but comfortable clothing and deciding whether to use visuals or hand gestures. Doley suggests that speakers include stories or a question portion as part of their presentation. As she explains, “Both of these methods make the audience think, and that keeps them engaged. When you tell a story, people are more likely to remember the point associated with it.” And what should you do if you feel like you are losing the audience's attention? “When you get nervous, you tend to talk faster,” she notes. “Calm down, slow down, and enunciate. If you are uncomfortable, make a joke about it — this may reengage the audience.”

Looking back, I wish my takeaway from my public speaking debut had been to prepare and practice more the next time, rather than choosing to give up public speaking altogether. By following Doley’s advice, I hope that this time I will be more successful and this will empower me to continue giving speeches in the future.