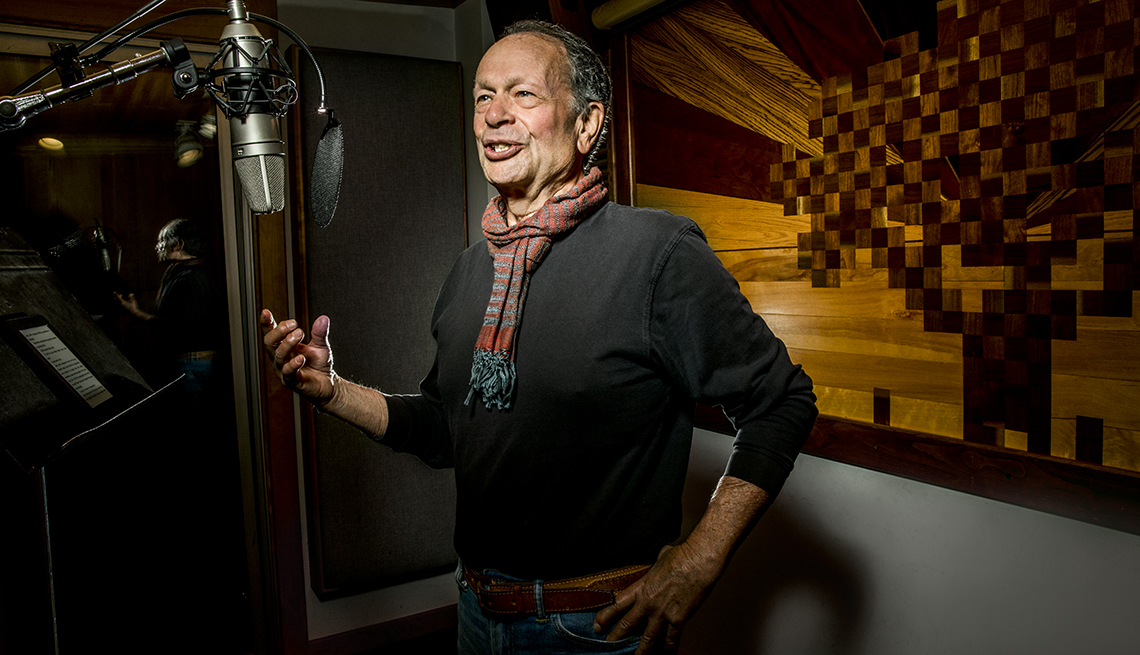 At 57, my three-decade career as a businessman felt stale. I needed a reboot and a new vocation seemed a viable path. I became a working writer, mostly taking on dating and relationship articles for AARP, HuffPost and several other online magazines, as well as two self-help books. After a 10-plus-year writing stint it felt like time for yet another challenge.

So at 70, primed for the next experience and having frequently been told I have a listenable speaking voice, I Googled voice acting. I discovered a voice acting school in San Francisco offering a four-hour Saturday morning introductory course for $50. I had no idea what to expect but harbored a vivid fantasy that fueled my enthusiasm.

There were 50 eager men and women from every demographic in a tier-seating, sound-dampened room. The opening statement from the school’s owner was a question, How many have been told they have a great speaking voice? Fifty hands rocketed into the air. Her next words splashed cold water on every attendee’s hopes. “I’m sorry to tell you but a good voice isn’t that important. It’s called voice acting because it’s about acting.”

Over the next few hours, each of the 50 starry-eyed wannabe voice actors stood in front of a microphone and recorded short scripts for radio commercials. As each aspirant’s recording was played back to the class, the amateurish performances proved her point. It was clear I would need to study acting to become a voice actor. I went about the process with unbridled energy.

I took weekly acting classes at a local repertory theater company and improv classes twice a week, while simultaneously learning audio engineering techniques. These were steep learning curves, the most difficult of which was acting in front of an audience. In two months I began auditioning for radio commercials and training videos and landed a few gigs. The pay scale was excellent. The competition was fierce.

I’d been bitten by the acting bug from the theater and improv classes I had taken and I wanted to record more than a couple of minutes at a time. I found opportunities at ACX, an online audiobook production company owned by Amazon that partners authors and voice actors. I joined, posted a few demos and began auditioning. The finished audiobooks are sold on Audible, Amazon and iTunes. Since audiobooks represent 45 percent of book sales, opportunities abound.

In the beginning I recorded any genre offered, including self-help, science fiction, action/adventure, biographies, thrillers, gangster/tough guy and, finally, romance novels. My first audiobook was science fiction. It was a catastrophe. The imaginary names of characters and planets were unpronounceable. I stumbled over otherworldly monikers like Kvothe Nynaeve. It was my last science fiction novel.

The two genres I enjoy recording and am awarded the most contracts for are gangster/tough guy and romance novels. The gangster/tough guy audiobooks are fun because I draw from my old East Coast neighborhood where tough guys were ubiquitous. It feels natural imitating the street corner guys whose patter I copied as a boy.

Thirty books into my new career I auditioned for a romance novel. The authors wrote well and with style, passion and heat. Their novel offered the opportunity to play a strong male character and also presented the challenge of recording a woman’s voice, a technique I had studied in acting classes.

The two female authors were elementary school teachers who wrote under pseudonyms. Our first audiobook sold so well I recorded an additional eight for them. As a 74-year-old man, I smile every time I think about women listening to my voice and linking it with the sexy photos of the buff hunks on romance novel covers.

Voice acting is portable. I recorded my last three audiobooks in Thailand. The equipment requirements are minimal and cost approximately $700. There’s a learning period for creating professional quality audiobooks that meet Audible’s rigid technical standards and I took lessons with an audio engineer to sharpen my skills.

Voice actors quickly learn to sight-read, which means they develop the ability to read each page without preparation and know what voices and emotions to speak as they scroll down the page.

Voice acting offers older adults an opportunity to monetize acting and to work when they choose. Older adults represent a sizable portion of voice actors, and a fair number of auditions request mature voices. Samples of my audiobooks can be heard on the Audible website. Check it out. This could be the new career you’ve been looking for.