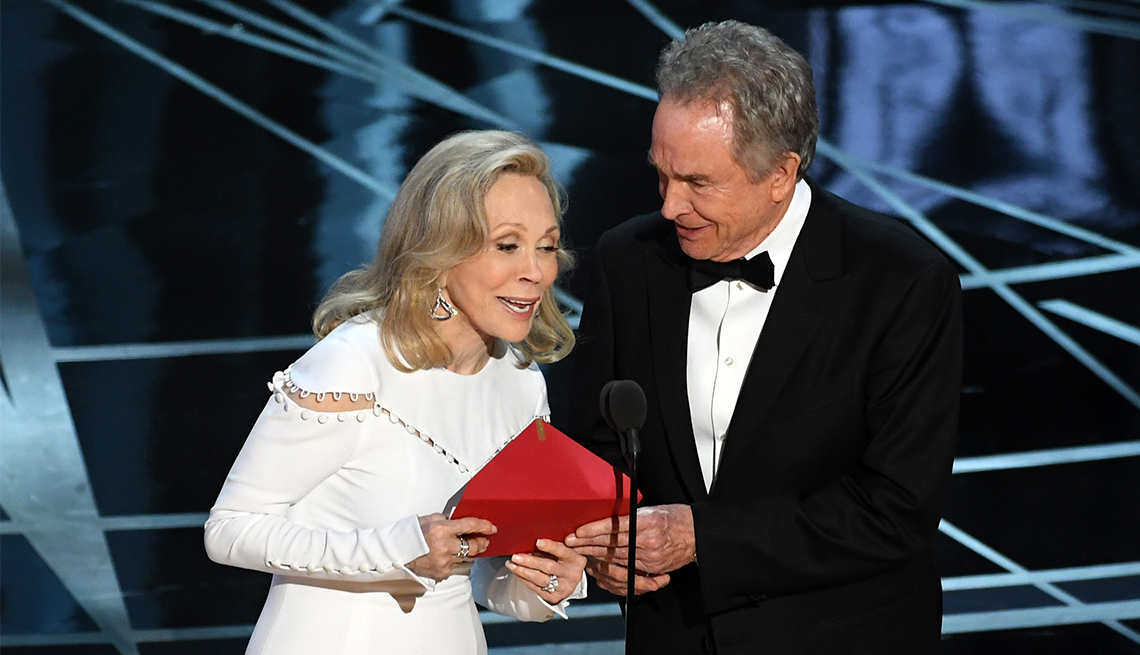 The thunderous moment with Faye Dunaway and Warren Beatty.

The day after the Oscar conflama, there was plenty of snark scattering itself all over the social media (or as the “kids” like to say: "sosh meeds"). The basic narrative: those old coots Faye Dunaway and Warren Beatty should have stayed home, and, citing the Academy's A2020 diversity initiative that has transferred many older Academy members to emeritus status, the two stars of Bonnie and Clyde should have been pushed out on the ice floe of Hollywood's past. The twitterverse exploded with vitriol:

State of the Soolie @TheSpoony
"I’m re-watching Warren Beatty’s explanation because I’ve never seen someone fight so hard to not get dragged off to a rest home. #oscarsfail"

John Reilly @travlr009
"warrenbeatty, the picture of dumb and incompetent. "I knew there was something wrong so errr uhhh I just gave it to the woman lol. #oscarsfail"

"Imagine if this happened in 2011, with James Franco and Anne Hathaway at the helm?"

Let's just be clear here. The mistake was not their fault. And it was explained clearly the next day. They were handed the wrong envelope by the Price Waterhouse officials, Beatty gave it to Dunaway to read, she read the name on the envelope, and that's when things got messy. As host Jimmy Kimmel puts it, "Clyde threw Bonnie under the bus," but all things considered, the two legends handled themselves quite elegantly. Imagine if this happened in 2011, with James Franco and Anne Hathaway at the helm? Sometimes it takes a seasoned actor to steer the ship into sanity.

To add injury to insult, a study out the previous week from USC’s Annenberg School for Communication and Journalism, reports ageism is rampant when it comes to nominees. Characters aged 60 and over “are scarce in Best Picture-nominated movies,” especially senior women and minorities. There were only two leading characters over 60 featured in all of the 25 Oscar-nominated films in the last three years, and they were both played by Michael Keaton.

The immediate commentary about Dunaway and Beatty shows that ageism is not only alive and well, but oddly acceptable, sort of like how every comedian in the ‘50s used to say "women are bad drivers!" or "take my wife, please!" Before making a kneejerk response about someone's age, let’s encourage media — and our twitter and FB friends — to maybe check your assumptions.