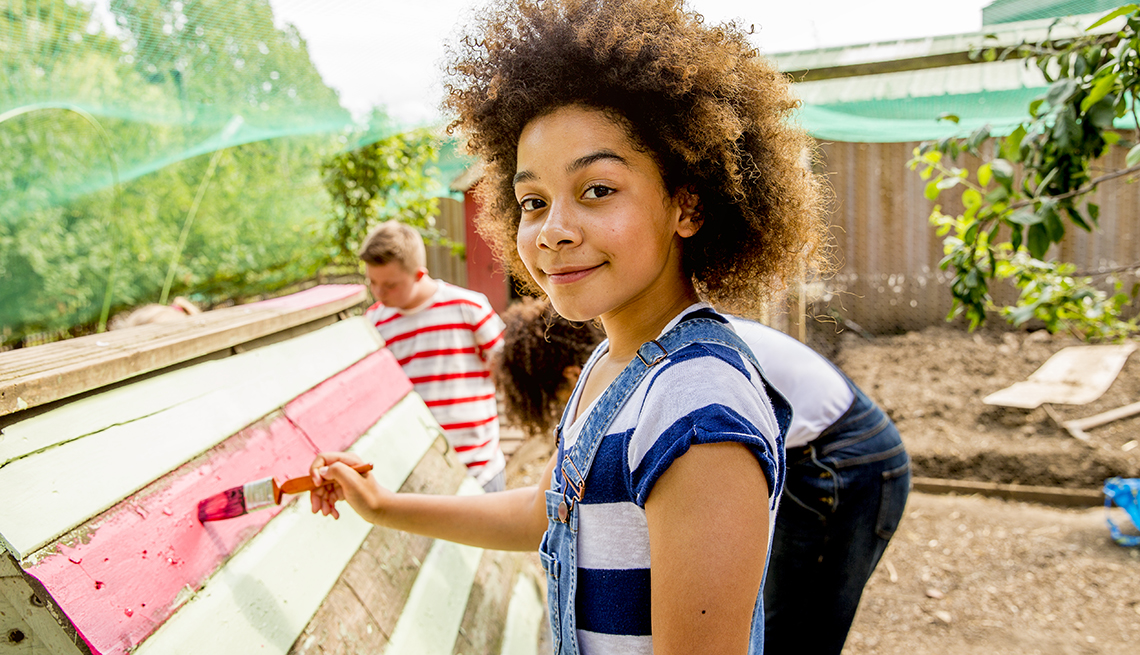 A new generation of parents are taking the essence of Thanksgiving to heart. Opting out of the annual meal of abundance, they take flight—family in tow—to experience a different kind of giving, another form of gratitude.

Here are insights from five families who have volunteered both abroad and locally, nurturing the future of volunteers and activists—and the spirit of Thanksgiving. 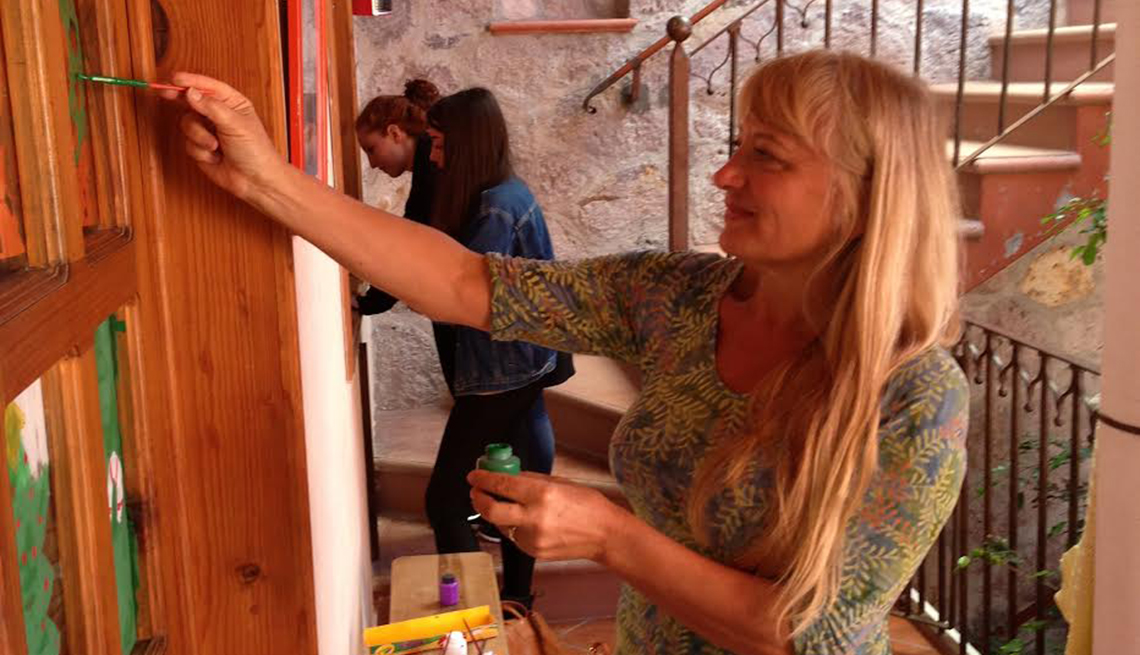 We are the children

The thanks Caring for orphans strikes close to home for artist Evelyne Pouget—her parents met in an orphanage. When Pouget was 50, she visited and was deeply affected by Deak Kum Pa, an orphanage she had heard about through a humanitarian friend, and vowed to return with her kids. “I wanted my son and daughter to know that their comfortable world is not the only reality.”

The giving There is an immense orphan problem in Laos, still struggling from the UXOs (unexploded bombs)—the aftermath of the Vietnam War. After serving at Deak Kum Pa with her son and daughter, Pouget committed to continued involvement and formed a group called One Voice Global to raise money from her community. The group focuses on teens and their future roles as activists and volunteers. When the funding began, the orphanage had 600 kids and each child ate one bowl of rice a day. Four years later, it accommodates over 2,000 orphans from the $25,000 collected, and their meals have tripled.

The giving back “My daughter Mimi became more powerful, independent and sure of herself. She took a strong role in the trip planning, organized 14 fundraiser events and started a blog about the power of service. She’s been with me now on other volunteer trips.” 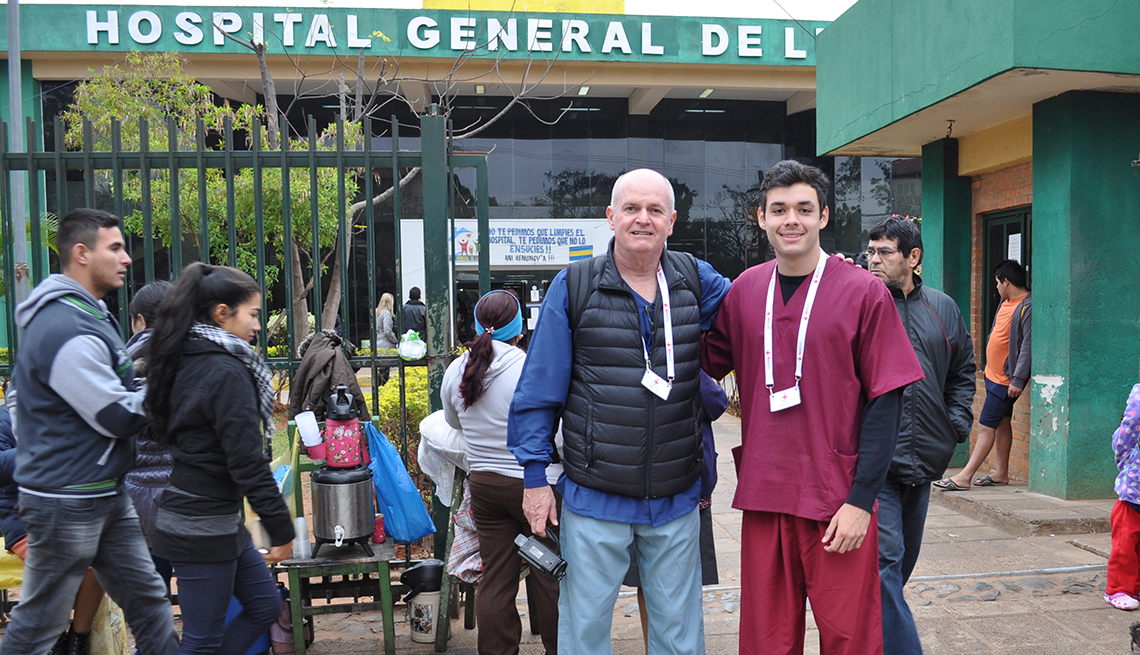 Jeff and Max help out in Paraguay.

The thanks After Jeff Crider, 56, got divorced, friends “coerced” him into joining the Rotary Club in his community, where he met Ines Allen, the president and founder of IMAHelps. “I have never experienced anything that compares to the emotional high I get from helping people,” he said. “I wanted my kids to be able to feel what I feel, to see how people suffer in different parts of the world, and to see how we can work together to make a difference in people's lives.”

The giving IMAHelps is a California-based nonprofit that organizes medical humanitarian missions to impoverished communities in Central and South America. Most of the volunteers are medical professionals, but Crider, who is a freelance writer and public relations consultant by day and happens to be fluent in Spanish, was determined to get involved. Eleven years later, he serves on the board of directors, handles the organization’s communications and has joined many missions as an interpreter. “All those years studying Spanish literature suddenly became more worthwhile than I ever could have imagined, because I was now the voice of the surgeon. Not only the doctors but also the nurses and patients depended on me.”

The giving back “My son Max knows exactly why people are trying to come to America from Central America. He knows this because he was with me on two medical missions to El Salvador where we saw victims of gang violence.” Jeff's daughter Isabella joined a mission to Nicaragua when she was in high school, and Max, now a college sophomore, has been on four missions so far. 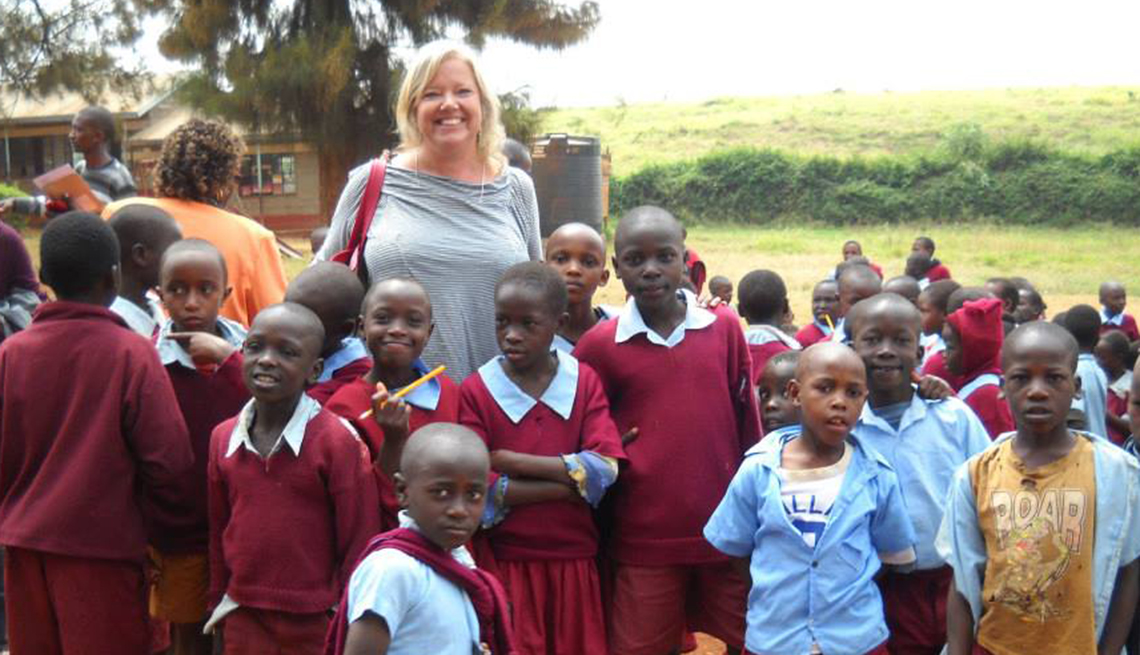 Shelley lends a hand at a school in Kenya.

The thanks Shelley Emling, 50, and her husband have traveled extensively with their three children, from Peru to Oman. When her son, Ben, was 15, they went to Kenya to volunteer. “In this day and age—the selfie age—when everyone is so caught up with themselves and everything that’s wrong with the world, I think it’s key to show that there are people who are doing good in the world."

The giving The trip to Kenya was organized by the Presbyterian Church of Upper Montclair in New Jersey. They volunteered in short-staffed orphanages, holding and feeding babies, and distributed supplies to schools all around the capital.

The giving back: Ben has since done a trip on his own, to Brazil, with International Volunteer HQ. 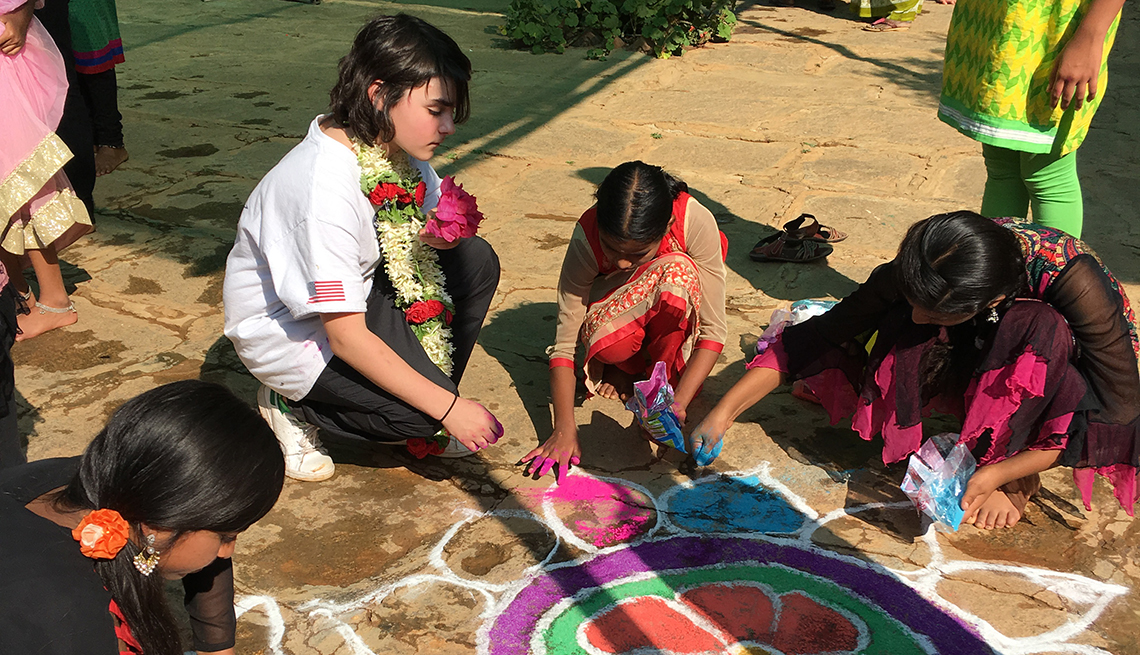 Sarah's son, Sam, does chalk drawing with the young girls of the Baale Mane home.

The thanks Sarah LeClercq, 38, was a stay-at-home mom with four boys when she heard the story of a friend who had moved to Hyderabad, India, and returned to the U.S. with the intention of founding a nonprofit, the Kiran Anjali Project. Sarah went to the project’s presentation, which prompted her to get her family involved—her eldest sons, then 10 and 12, and her 67-year-old mom. The three generations made the trip to volunteer in a girls school in southern India. “I wanted [my sons] to see that education is a gift, not an entitlement. I wanted to show them that there is a gross disparity between how boys and girls are treated and valued in other parts of the world.”

The giving The Kiran Anjali Project’s mission is to help children, especially girls, become empowered through education. “Another powerful part of our trip was our time spent at Baale Mane, a home for disadvantaged girls. We heard things that were hard to stomach. But they were full of hope and joy and love. My boys were able to witness how these young girls, who had come from the most horrific circumstances, had been given an opportunity to change their lives.”

The giving back: Sarah plans to bring her youngest sons, Jack and Tommy, on a similar trip in 2021. 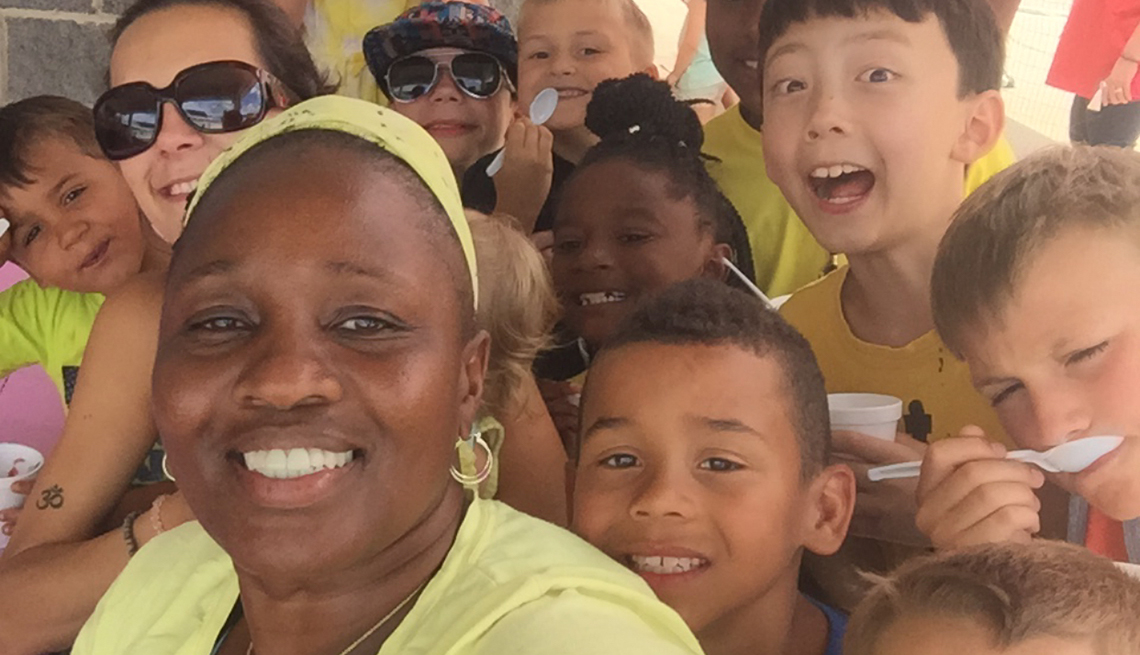 Robbyn, Heather and the family enjoying snow cones after a day of community service.

It takes a village

And you don't have to fly halfway across the world to volunteer. Robbyn Ellison and Heather Swineheart make volunteering with their large family—11 kids—a priority. They run a summer camp for other children, to enable them to participate in community service by doing things like clearing brush, cleaning gutters and picking fruit.

After Hurricane Florence hit, they rented a U-Haul and drove it full of donated supplies to Lumberton, N.C. Robbyn says, "I know the importance of community; community is family. I also know whenever I have needed someone, my community has always had my back."

So whether it's helping a neighbor with yard work, volunteering at your local soup kitchen or helping build a house for Habitat for Humanity, there are many ways you and your family can get involved, get thankful, give back—and raise an activist along the way.

Ann Abel is a longtime travel journalist who has written about 88 countries for publications including Forbes, Condé Nast Traveller and Departures.