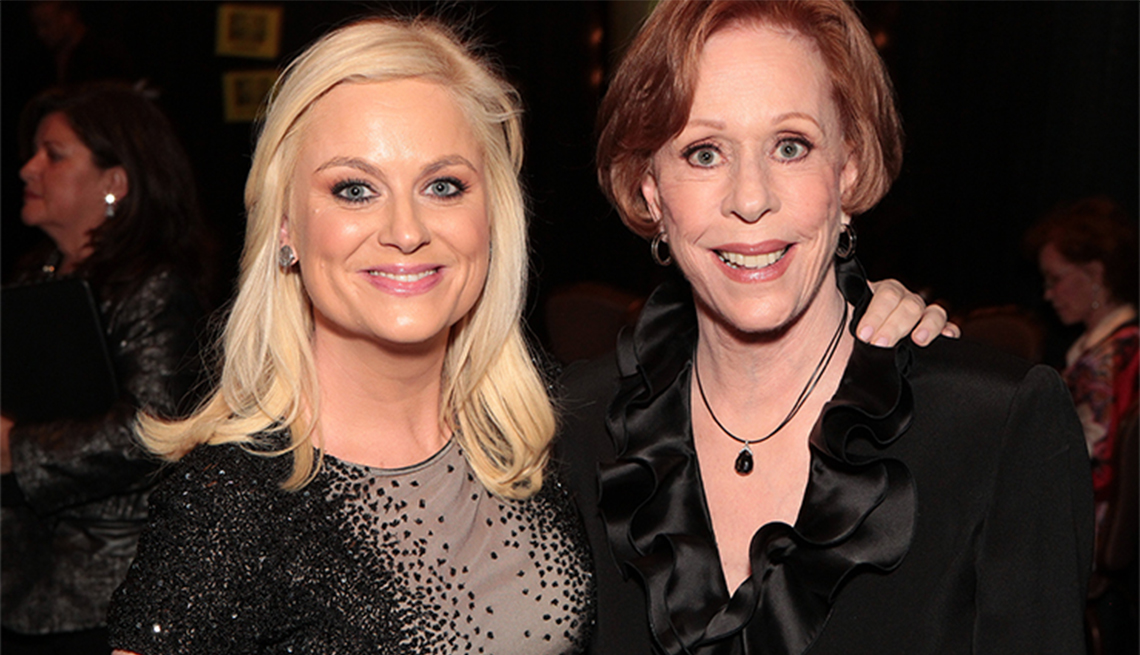 I read some heartening news this week. A headline that made me smile even before my second cuppa java (a rarity) and realized — yes — a new day is a comin’. But it sure has taken a while. And the battle ain’t over.

The news? Carol Burnett, the legend, just may return to TV.

I grew up with Carol Burnett, and my heart was aflutter. Burnett, for those who weren’t around when she ruled — and I mean ruled! — the airwaves, had her own variety show from 1967 to 1978. She’s made some TV appearances since then but … we are talking icon here, and she has nearly vanished on-screen. What did it take to bring her back in the spotlight?

“I feel like it’s ridiculous that women over 40 aren’t working,” It’s ridiculous. So I am doing a show about that now in 'Feud.'” — Ryan Murphy

Poehler is producing the ABC sitcom — if and when it is picked up next year — and Burnett, 83, is the lead. At the Screen Actors Guild Awards in January, Poehler, along with Tina Fey, presented the lifetime achievement award to Burnett. It was a delicious moment.

In case you have been living in a cave, Poehler, 45, the comedian and actress, presently thrives in  her second career as a new media entrepreneur. She has developed (mostly) female projects — such as Broad City, which she helped navigate from the web to the small screen on Comedy Central, and the Hulu series Difficult People with Julie Klausner. She takes on gender. And she takes on ageism. Thus — Carol Burnett.

And she is not alone in this fight — women in Hollywood supporting women against ageism. Who can forget that other Amy — Amy Schumer — and the pitch-perfect skit from her show featuring Julia Louis-Dreyfus, Patricia Arquette and Tiny Fey, who are gathered to celebrate Louis-Dreyfus’ “last f--kable day.” The bit pokes at the ageism women experience in Hollywood, where their male love interests can be years — or decades — older, but the sex life of women is over after 50. It went beyond viral and hit every nerve … but there’s still a huge disparity between a skit breaking the internet and the reality that I am still seeing on the screen.

I did a little online search on ageism and Hollywood, and here’s what I found. When I search “ageism in Hollywood” and limit the results to the past year, most of the articles I’ve found are about ageism against women. The only man’s name that came up at all (in the first six pages I’ve looked through) was the director Ryan Murphy, who, in fact, was recently interviewed by Entertainment Weekly and talked about how he approaches the Hollywood ageism problem.

Murphy is the director of American Horror Story, which has starred Lange and Kathy Bates, 68; Nip/Tuck, which starred Joely Richardson, 51; and Glee, which starred Jane Lynch, 56. And Murphy cast Burnett as Lynch’s mother in two hilarious episodes of Glee, highlighting some of her rare television appearances in recent years. 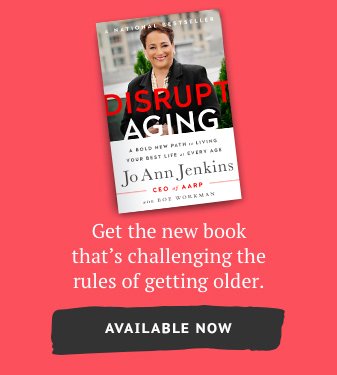 Occasional emails from Disrupt Aging, including a monthly newsletter with news and advice