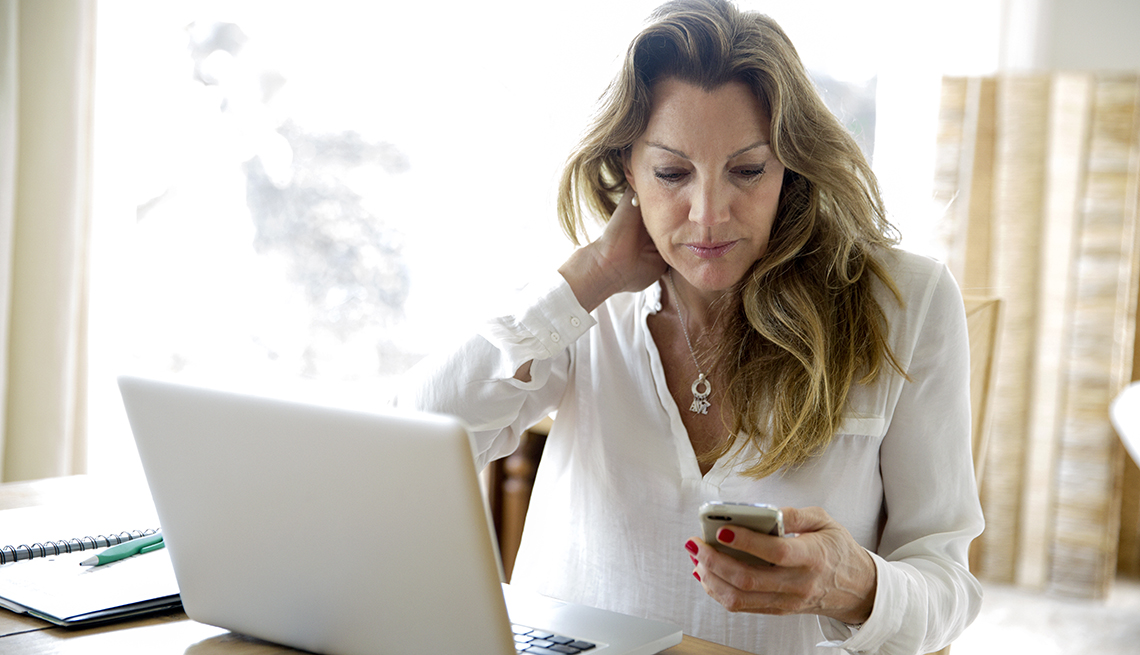 During my caregiving years, I'd find myself sitting in meetings at work fretting about how my mother was getting along with yet another new aide in her apartment. But when I would visit her after 5 p.m., I'd then be distracted by concerns about my overdue work projects. I never seemed to be able to be fully present where I was at any given instance — to achieve what the recently deceased spiritual teacher Ram Dass summed up in three simple words as “Be here now.” Instead, my mind was always a jumble of preoccupations about competing responsibilities that prevented me from bringing focused concentration and my best performance to any of them.

Some of this surely reflects my natural dreaminess and distractibility. But much of it has to do with the urgency and demands of family caregiving itself. As family caregiver advocate Carol Levine put it, caregivers are “always on call” — that is, thoughts about their care recipient are never far from mind no matter what they're doing. Caregivers are on the train to work kicking themselves for forgetting to pick up medications the night before. They're rushing back from lunch with office mates to make a quick call to check on their loved one. Their attention is drifting during conversations with clients because of fears of impending family losses.

Dealing with common family conflicts as a caregiver

Working caregivers can't clone themselves to be in two places at once. Instead, they need to learn to compartmentalize the working and caregiving sides of their brains to keep the internal chatter of one from intruding upon the other. That isn't easy. Our minds tend to scamper from one worry to the next. But unless they can shut out caregiving concerns for a little while at work and working concerns while caregiving, then they will never be able to excel in either role.

How can working caregivers become effective compartmentalizers and immerse themselves more completely in the different moments of their lives? Here are some ideas.

Learn to shift your mind-set

We put on uniforms when we are assuming our duties as a military officer, fireman or retail store greeter. The uniforms aren't just a signal to others of our official positions but a trigger for a shift in our own mind-sets. We become the roles externally and internally when we change garb.

I'm not suggesting that family caregivers have an official uniform. (What would it be, though? Nurses scrubs and running shoes?) But working caregivers can more effectively leave work at work and step fully into caregiving through some symbolic act — for example, removing a tie, throwing on jeans or letting their hair down. This is not just a matter of creating more physical comfort but of ushering themselves psychologically into their family roles.

There are many other ways of demarcating work from caregiving to trigger an internal shift: Leave briefcases and tools at the office or work site. Turn off cellphones. Don't bring projects home. Also, consider bringing closure to a workday by writing a to-do list for the next day and leaving it in your cubicle or locker before heading out.

Being fully present in caregiving or any endeavor is not a simple choice; it's the result of practice. Many such practices are now lumped under the common heading of “mindfulness” — that is, increasing present awareness rather than being preoccupied with worries about the future or regrets about the past.

A mindfulness practice that can be adopted by working caregivers is called “5 Senses.” Caregivers can pause in their many duties to note, one sense at a time, what they are hearing, seeing, tasting, feeling and smelling. Even if thoughts about work or other worries pop into their heads, they can bring their focus back to the sensing. This exercise tends to briefly ground caregivers in their immediate environment and takes them out of their zig-zagging thoughts.

In a similar way to noting their senses, working caregivers can intentionally observe and perhaps record their care receivers’ behaviors and symptoms. This can help them prepare for a medical visit, say, at which they will be asked how their loved ones are responding to treatments. But it is also an exercise that forces caregivers to be present and attentive. Does that mean they'll never think of work again while caregiving or vice versa? Not likely. But they will be striving to be where — and, more importantly, who — they need to be at any given time.