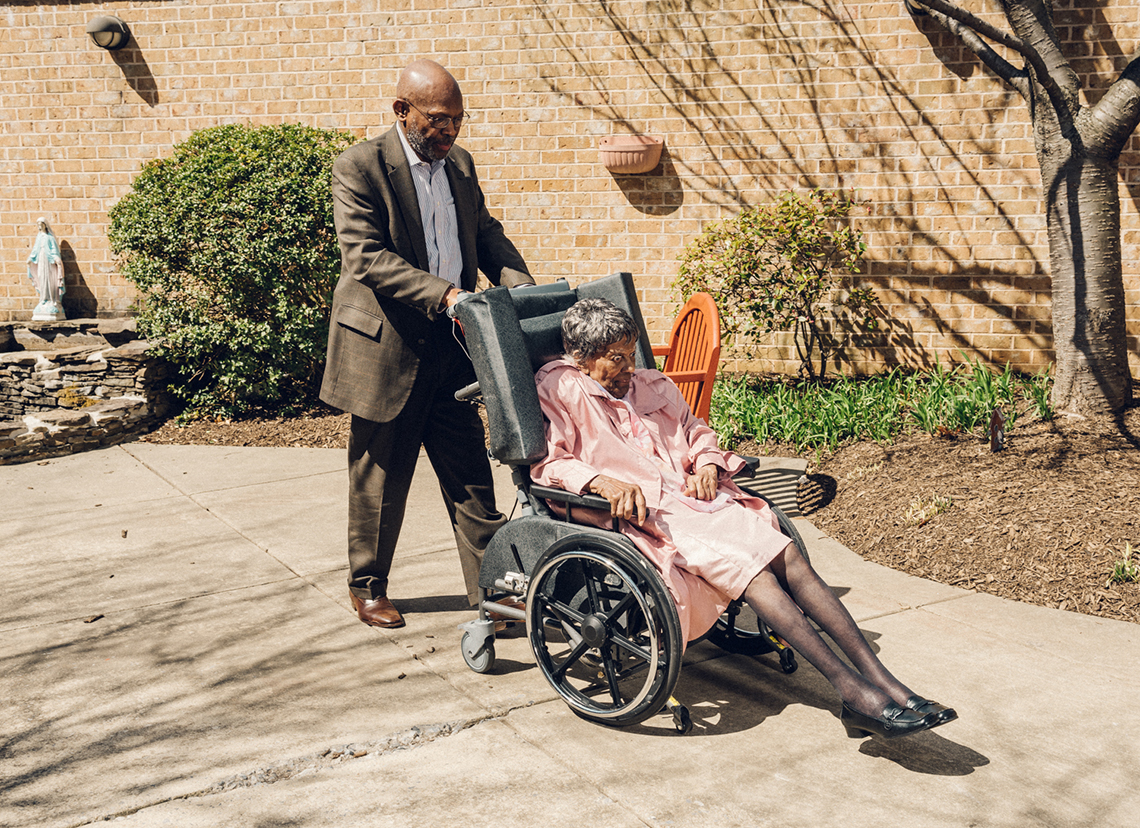 James Dotson (with his mom, Edith) is is just one of the many male caregivers across the nation.

En español | When we think of family caregivers, we tend to think of women. And in fact the typical caregiver is a middle-aged woman caring for a relative, often her mother.

But the face of American caregiving is changing rapidly, according to "Breaking Stereotypes: Spotlight on Male Family Caregivers," a recent report from AARP. Eight years ago, just 34 percent of caregivers surveyed were men. Today, 40 percent of the 40 million Americans caring for a loved one are male.

In many respects, male caregivers resemble their female counterparts. Both say they had little choice about taking on caregiving responsibilities, whether they are caring for a parent, a spouse or partner, or other relative. Both are more prone to health problems and depression than non-caregivers. Both often not only manage finances and medical care, but also provide personal care, including helping their loved one with eating, bathing, dressing and toileting.

But the AARP report — based on focus groups convened around the country — suggested that there might be some differences between male and female caregivers, too.

Men, for instance, may be more uncomfortable with hands-on personal care, although such intimate interactions can be difficult for caregivers of any gender, says report author Jean Accius, vice president at AARP's Public Policy Institute. He maintains that personal care might be particularly hard on those men who haven't spent time in the child-care trenches doing things like changing diapers and giving baths.

Another difference men saw between themselves and female caregivers: They say they are less likely to open up to others when they feel stressed or overwhelmed by caregiving responsibilities. 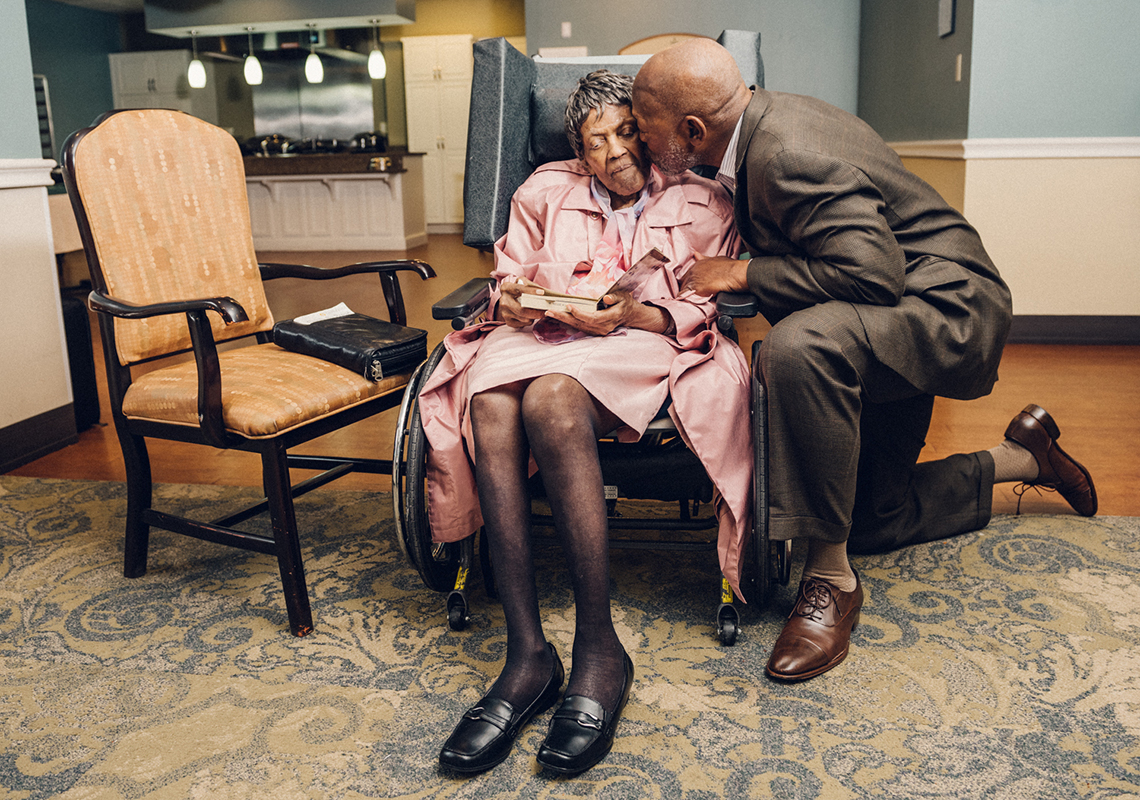 James and his mom Edith find the heart in caregiving

That was the case for James Dotson of Silver Spring, Md., who has been caring for his mom, Edith, for the past six years. Though he has many relatives in the area — Edith even has great-great-grandchildren — it took years for him to let them know how stressed he's been as her primary caregiver. (Edith has Alzheimer's disease, among other ailments.) Then, in a conference call with a group of family members to update them on her health, he says, "I broke down in tears."

Dotson is much more comfortable these days with his caregiving role. He explains, "I did not have the patience then that I have now." He's also more willing to ask for help, whether with personal care or ferrying Edith to the doctor or to church.

Dotson says he thinks his past reticence to share his concerns and feelings is common among men: "We just hold stuff in."

But by all accounts, it's vital for male caregivers to understand that they can't carry caregiving burdens alone. "Peer support is absolutely critical," says Edwin Walker, 60, a longtime family caregiver and deputy assistant secretary for aging at the U.S. Department of Health and Human Services, which runs the National Caregiver Support Program assisting caregivers nationwide.

Finding support made all the difference to Dustin Cesarek, a 32-year-old financial planner in the Minneapolis area whose wife, Kim, was diagnosed with breast cancer a few years ago. He and two other men whose wives had cancer started Jack's Caregiving Coalition, he says, to give themselves and other men in their position a support network.

They meet for coffee or golf outings, and Cesarek hosts monthly dinners at his home for the other caregivers (there are now 40 in the group). Sure, sometimes they'll share their feelings — but much of they time they are just enjoying relaxing among people who get what they're going through. The point, says Cesarak, is "to create these spaces where guys can feel comfortable."

Cesarek and other male caregivers are featured in a series of AARP Caregiving videos.