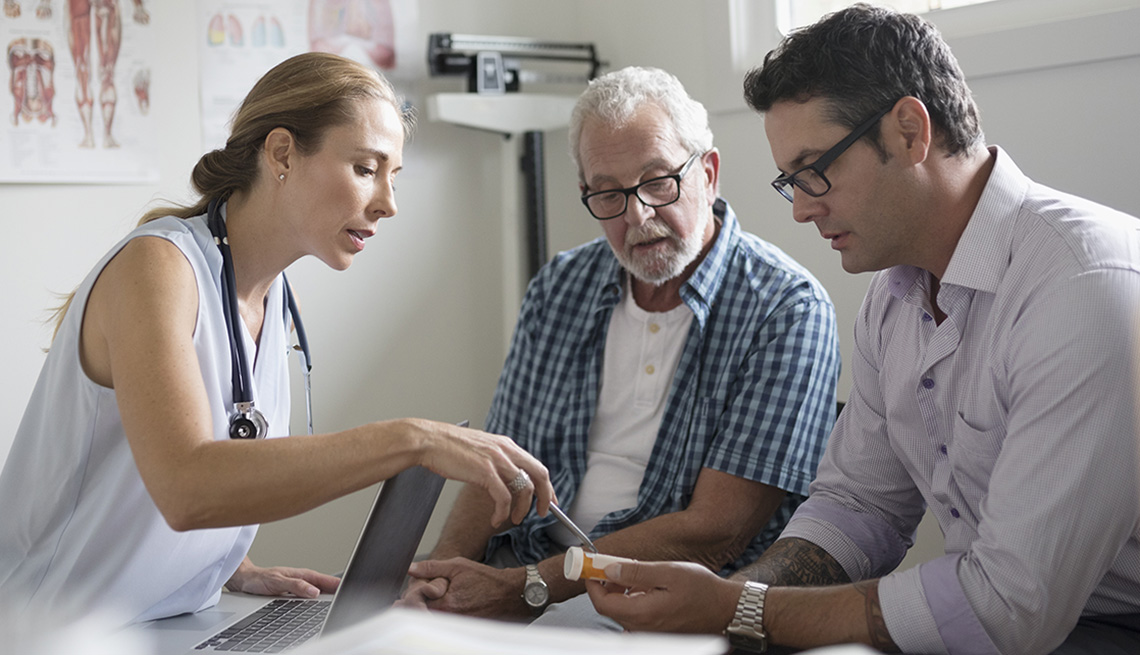 En español | The overwhelming majority of primary care providers agree that family caregivers play a vital role in the health of loved ones, according to a new survey from AARP Research. The report also found that there’s considerable room for improvement in the relationships between medical teams and those caring for aging parents or other relatives.

Of the 400 doctors, nurse practitioners and physician assistants surveyed, nearly all (97 percent) agreed that caregivers play an important part in patient care. The vast majority (86 percent) said they were “extremely” or “very” interested in working with caregivers. Nearly 7 in 10 providers expect to collaborate more often with caregivers in the future.

“Today, 40 million Americans are caring for aging parents, spouses and other loved ones, and close to half of them are responsible for medical tasks like injections and wound care,” says Nancy LeaMond, AARP executive vice president and chief advocacy and engagement officer. “The entire health care system — from providers to hospitals to insurers — must recognize family caregivers’ critical role and understand that teaming up with them can improve health outcomes and quality of life for both patients and family caregivers.”

The survey results showed that conversations between providers and caregivers most often centered on such logistics as medication management, arranging transportation and meal services, and basic medical and nursing tasks. But they also went deeper. Two-thirds of respondents, for example, reported that they discussed the emotional aspects of caregiving.

Yet some barriers to interaction remain. About half of providers (54 percent) said that patients with multiple caregivers posed a communication hurdle. Other reasons for a lack of collaboration included the fluctuating level of a caregiver’s involvement and an inability to reach caregivers.

The results also showed that almost all provider-caregiver communication occurred either in-person or over the phone. These findings suggest that increased digital communication through online portals or email could be one way to streamline and improve communication, as could incentives such as longer appointment times or reimbursing providers for the time spent with caregivers.

The poll results are based on responses from 267 physicians and 133 nurse practitioners and/or physician assistants. At least 25 percent of their patients were age 50 and older. The margin of error is plus or minus 5 percentage points. For more information, and to view the full report, go to aarp.org/caregivinghealthprovidersurvey.