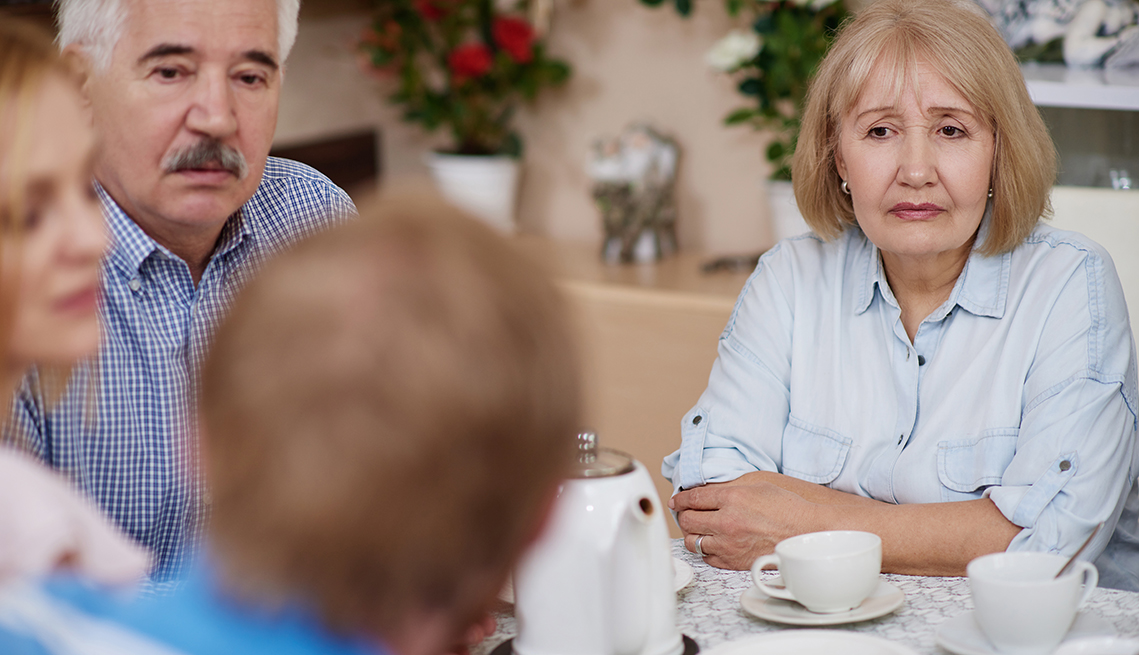 En español | Linda Rice Thorup and Lisa Rice Hayes grew up on a large rural family plot near Albany, New York. When both parents passed, they had the difficult task of dividing and divesting their lifelong family home. How to sell the land and respect their parents’ desires about conservation and development? How to handle a lifetime of possessions? And what to do about the one grandchild living there who was attached to the place?

Their story has a happy ending. Not only were the sisters close, but they had long ago worked out a division of duties and effective communication as their parents required more caregiving.

"A successful division of assets greatly depends on what happens before parents get sick or in cognitive decline,” says Rice Hayes, a former estate planning and administration attorney in Baltimore. “If siblings got along before, that helps mitigate some of the stress in dividing assets.” Rice Hayes had been overseeing her parents’ finances, so it was easy to handle that aspect when they passed away.

Any estate situation is eased with proper planning, ideally involving an outside professional — whether a banker, financial planner or lawyer — to help outline, mediate and document a family's wishes. A third-party expert is that rational person in the room who doesn't have a dog in the fight.

After a long stretch of traveling from out of state to shoulder caregiving responsibilities, Lisa and Linda decided to hit the pause button on selling the home. They were in a position to step back, take a break from the hard conversations and figure out how to divide things in a fair and equitable manner.

Get plans in writing

Not every story is so harmonious. When siblings are already counting on an inheritance, or their financial needs are different, it can get more complicated if wishes aren't stipulated in black and white.

Lee Hausner is a Los Angeles–based psychologist and author of Children of Paradise: Successful Parenting for Prosperous Families, an instructional book about handling family assets. She recalled a situation where clients wanted her help distributing ownership of the thriving family business. During the discussion, she watched a physical fight break out between siblings about their mom's foot stool.

"Parents should never divide an indivisible asset in hopes that it will bring their heirs together,” Hausner cautions. “Give the house, the land or the business to just one child and make up the difference with a monetary share for the others. Alternatively, stipulate that the asset be sold and the proceeds divided evenly. That way, the one who really wants the asset can buy the others out.”

As part of a blended family, Sheryl Richter had siblings and half siblings spanning 22 years, along with a few ex-stepmoms. Her father had done well in life, and his motto was always “One family.” When he fell sick in his 80s, he began to look at his estate from the perspective of considering who could best manage it. He continually shifted the executor role based on that week's sentiments. “It became his last act as a patriarch and a way to exercise control,” says Richter, who ultimately took a leadership role in bringing consensus.

"There was a decent amount of money at stake,” she says, “and it would have been easy for each of us to play off one another. Luckily, we went into the process affirming our commitment to remain connected as a family. Opinions from ex-wives and spouses definitely complicated things, but in the end we all agreed to stick to the rules."

Even in relatively uncontentious situations, in-laws are often considered outlaws. “Spouses change the equation when dealing with trust and estate issues, especially if they are whispering in the ear,” Hausner says. “If you've had clear conversations about the plan, it's harder for someone to try to do a grab. Typically, spouses need to hold their words unless there is something absolutely horrible going on."

Obviously, the entire process of dividing an estate is made easier if parents have enough money to support themselves. It's when the children are supporting the parents in unequal ways that serious tensions can arise around estate decisions.

When there is disagreement

Washington, D.C., resident Jonathan Moran has a medical background, and so the task fell to him to care for his aging mother. Three years before she died, the demands from her advanced dementia forced him to place her in a home. “Once she was no longer living with me, my siblings continually accused me of taking her money and not letting them know her status,” he says. “It finally got so bad I told them to talk directly to the facility. I had helped support my mother, and when she died with debt, they accused me of stealing. Money and tangible ‘things’ can definitely bring out the ugly in people. I barely speak to them now.”

"Don't wait too long to talk about big issues,” Hausner recommends. “As we age we need to be very precise about our wishes while we are clear-headed. That way, when the time comes, no child can say, ‘Mom or Dad would have wanted that.’ But it gets more complicated when you start sharing assets and other factors come into play.” She suggests looking at the family the same way you would a business — that is, create some organization and put rules in place. “It's cleaner and better for everyone that way."

At the estate level, everything needs to be absolutely equitable; otherwise we sow the seeds of “psychological cancer cells,” Hausner explains. “Unless there is some real reason why the estate plan should not be equal, you create the possibility of chaos in the family when they are gone. It's easy for things to devolve into ‘Mom loved you more than me.’ “

She suggests that parents give to their children over a lifetime. “With gifting, it doesn't necessarily have to be exactly even. Parents can directly pay for things like education or family trips and can work out a way to balance things if one sibling is struggling and the other is well off. But in death, it's important to think about keeping it equal, because you won't be around to talk it out.” The exception to the rule of an equal split is if a family member is physically or mentally disabled. And Hausner cautions that this exception should not include substance abuse or addiction, because a sibling with that issue has probably already taken resources.

All of this points to the importance of taking a close look at the adult-sibling equation while you are hale and hearty. As we ourselves age, it's important to assess our children's strengths and weaknesses so that we can make smart, informed decisions when the time comes. Lillian Pailley of London recently endured a health care emergency with her husband, which gave her a preview of how each of her three sons would respond in a crisis that required them to pull together. Based on that unexpected experience, she is giving thought to how she might want to revise her wishes and estate when it comes to responsibilities. There is no time like the present.

Divvying things up: What to consider

• Talk to parents ahead of time about their plans, including finances and other important issues the family should know about.

• Ideally, one sibling should be in charge or serve as the executor after death, keeping everyone else informed.

• Siblings need to understand that the role of executor should not automatically go to the oldest child; it's about the best person to do the job. It's often easier if the person resides in the state where the parents live.

• Consider the next generation, potentially leaving something for the grandchildren, depending on the siblings’ present situation.

• Don't divide an indivisible asset to bring siblings together. Find a way to make up the difference with money or other assets.

• Take the time to reconcile and forgive before it's too late.

• It always comes down to communication and being fair. Be as equitable as you possibly can. If not, you are asking for trouble for the next generation.