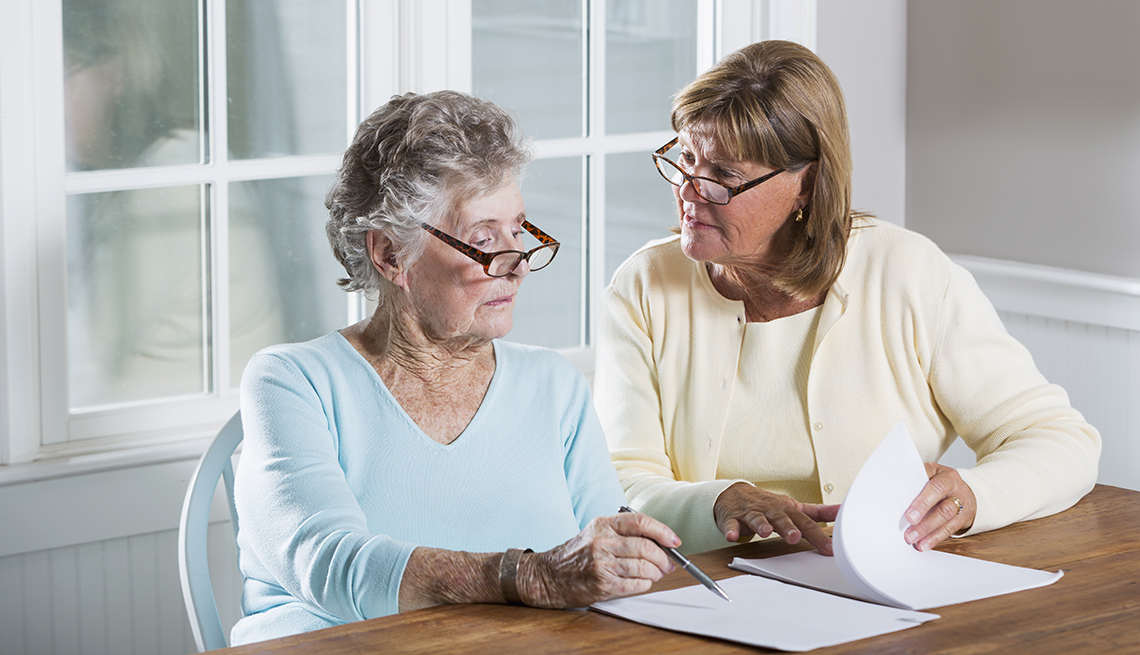 En español | If you are the caregiver for someone who needs long-term care, Medicaid coverage may help with some or all of the expenses.

But it's important to tread very carefully. First, some basic facts:

Medicaid is a program run by the states following federal guidelines and is the primary payer nationwide for long-term care services. As of July 2019, more than 65 million people were enrolled in Medicaid.

Medicaid accounts for $1 of every $6 spent on health care in this country.

Many children, low-income people and those with disabilities receive medical coverage from Medicaid. Medicaid also provides services not covered through Medicare or private health insurance, including long-term care in a nursing home or in the community, says Mary Ann Parker, staff attorney with AARP's Legal Counsel for the Elderly program.

Each state’s individual Medicaid formulas for asset and income limits can be very confusing.

The Centers for Medicare & Medicaid Services has created a list of state Medicaid offices with links to pages that have phone numbers, so you can talk — after navigating the voicemail system — to a real person.

Long-term care services include assistance with such daily activities as bathing, dressing and eating. In some states, these services may also be available in an assisted living facility or in your home through a Medicaid waiver program.

Medicaid eligibility and application procedures vary from state to state.

The federal-state program was established to pay for health care for those who are unable to afford or obtain health insurance, so all states have asset and income limits that govern who can receive coverage, but it's not one ceiling nationwide.

"Medicaid is often of importance to middle-income Americans because Medicare does not cover the costs of long-term care for illnesses such as Alzheimer's disease or paralysis caused by a stroke. Most people who need such care for extended periods will eventually deplete their assets and become unable to pay the costs of their care,” according to a brochure available online from the National Academy of Elder Law Attorneys (NAELA).

Medicaid eligibility is based on a person's monthly income, which may include a pension, Social Security and other payments, plus “countable” assets.

Assets that don't count in the eligibility equation include a home if used as your primary residence, a car and some types of trusts. In other words, if you still live at home but your spouse needs regular custodial care, states will not include your house and car in their estimate of assets.

Planning with an elder law attorney can help with the rest.

"Elder law attorneys can help you look at how much you have now, and how much you can have to qualify for Medicaid, and help you figure out how to get from point A to point B,” NAELA President Jennifer VanderVeen says. “Particularly with regard to couples, it makes no sense for one spouse to become impoverished when there are planning techniques available to protect assets and allow the [other] spouse to keep more assets than the basic guidelines allow for."

Five-year ‘look back’ could hurt

A common misconception is that the person who needs care should give away assets.

To prevent abuse of the Medicaid program, almost all states have established a five-year “look-back period” to determine eligibility. People who are found to have given away assets or sold them for less than market value during the five-year period preceding their Medicaid application will have an extended waiting period before they are eligible for coverage.

"The biggest mistake I see is people doing things like deeding their home to their children because someone at church told them that's what they had to do to protect it. In fact, it creates a host of other problems, including tax liability for your children.”

"The biggest mistake I see is people doing things like deeding their home to their children because someone at church told them that's what they had to do to protect it. In fact, it creates a host of other problems, including tax liability for your children,” VanderVeen says.

Medicaid has approved some ways to reduce assets. These include paying off debt, making modifications to the home, prepaying funeral expenses and purchasing a car. To find out what's permissible in your state, talk to an elder law attorney; you can search for one with the National Academy of Elder Law Attorneys’ Find a Lawyer database.

You can do quite a bit of planning even at the last minute in most states, VanderVeen says. One option is to pay the nursing home costs for a certain amount of time until savings and other assets are reduced sufficiently for your loved one to qualify for Medicaid.

The care recipient may choose to make gifts during the look-back period knowing that Medicaid eligibility will be delayed. Legislative protections prohibit discrimination against a nursing-home resident who transitions from private pay to Medicaid, Parker says.

"The best way to prepare is to have good estate-planning documents, good powers of attorney and organized financial records so the person with power of attorney can find the information they need,” VanderVeen says.

Jennifer J. Salopek has been a freelance writer for 19 years. Her health care pieces have appeared in major outlets including The Washington Post. Follow her on Twitter @jsalopek.

More on Paying for Care