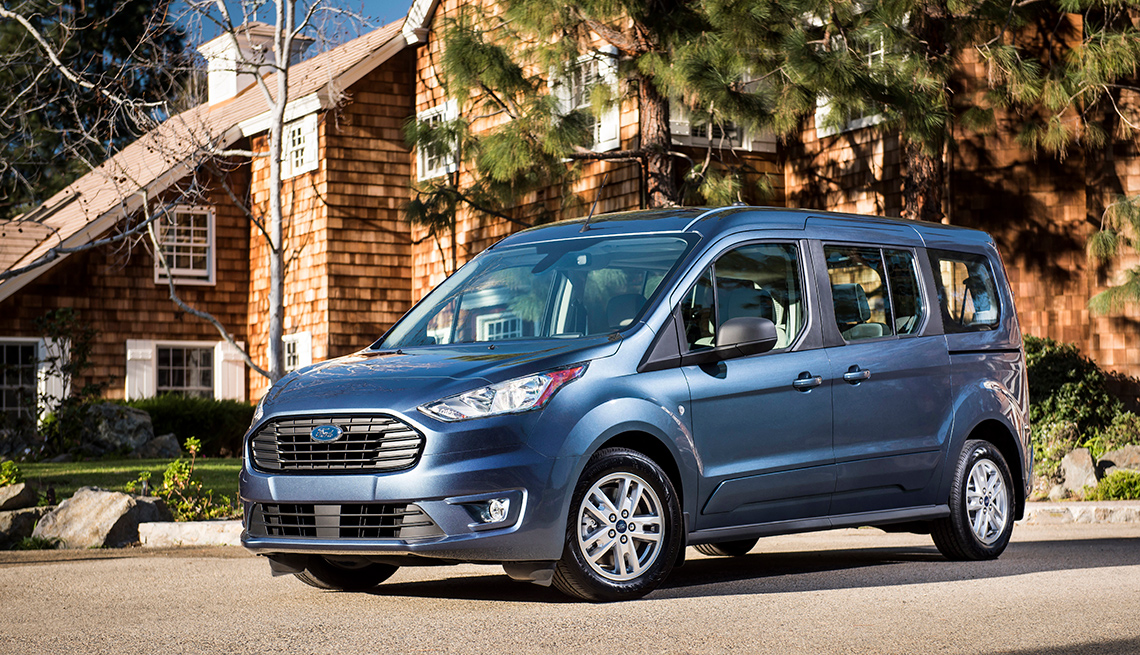 The redesigned vehicle also includes some smart-car technology that may help older drivers.

We’re used to thinking of minivans as vehicles for families with young kids strapped in the back seat, entertained with videos during long hauls. But Ford, in an unorthodox move, is marketing its redesigned 2019 Transit Connect Wagon to boomers.

The automaker is positioning the seven-seater vehicle, which debuted at the Chicago Auto Show this month, as a cross between a cargo van and a minivan to appeal to active retirees and second-act entrepreneurs. Boomers can use the space to haul goods and equipment for their businesses during the week, then strap bikes, kayaks or stand-up paddleboards on the roof when they head for outdoor adventure trips.

Ford touts the new vehicle in a press release as “for baby boomers who need space, versatility and technology without the expensive minivan price.”

The redesigned vehicle also includes some smart-car technology that may help older drivers, including Adaptive Cruise Control, which slows the van on highways when radar detects traffic slowing ahead. The Blind Spot Information System with Cross-Traffic Alert spots surrounding vehicles and sends alerts if they approach from either side.

Ford also touts the ease of getting in and out of the van, a plus for boomers with achy joints or mobility limits.

Ford’s play is designed to tap boomers, still the biggest demographic group among car shoppers. A 2017 study by market research firm Netsertive found that 29.8 percent of Americans age 55 and older plan to purchase a new vehicle in the next three years, compared with 15.8 percent of millennials.

The Transit Connect Wagon also might appeal to frugal retirees on fixed incomes. While Ford didn’t announce a price for the redesigned version available in the fall, Car and Driver reports that the current model sells for as low as $24,240.