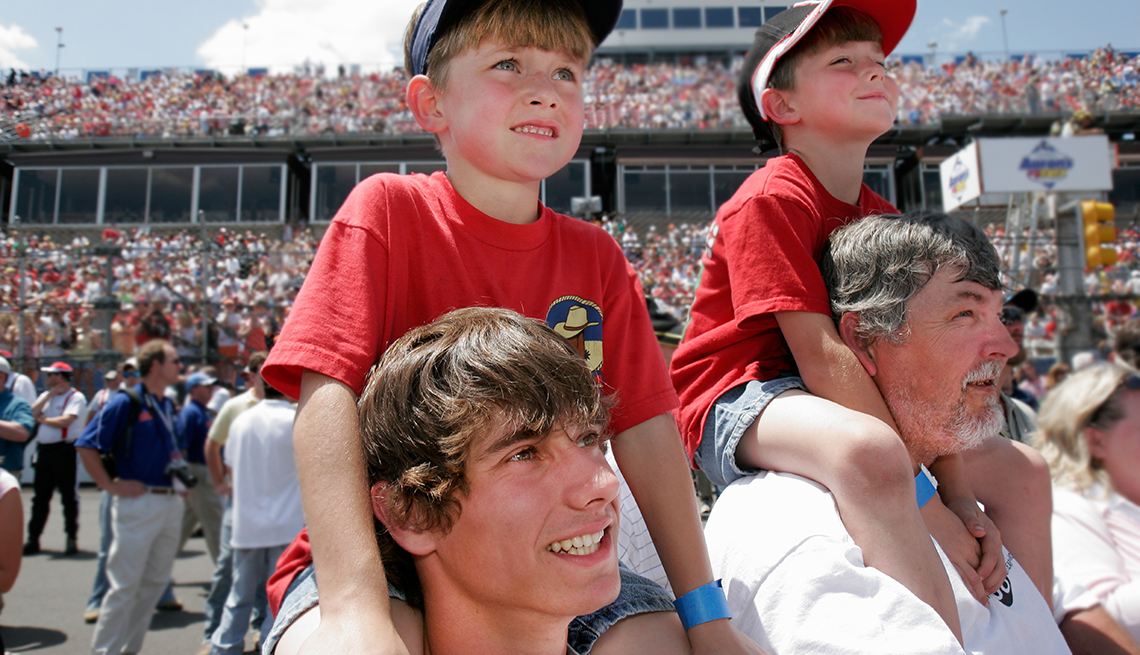 NASCAR wants to halt the erosion of its fan base.

NASCAR, which begins its racing season on Sunday, is scrambling to attract a younger audience while hanging on to a fan base that has always been older, white and working class.

Since 2005, television viewership for NASCAR races has fallen 45 percent, according to Nielsen ratings. By comparison, viewership for the National Football League — another sport that is seeing its fan base erode — dropped by 8 percent.

But NASCAR is trying to straddle a generational divide: hoping to retain its hardcore older fans while wooing younger viewers. For older fans, stock car racing will always be a sport born on backcountry roads in the rural South, when moonshiners in stripped-down cars were chased by federal revenue agents. Some don’t appreciate the ways in which the sport is changing.

At Texas Motor Speedway in Fort Worth, 41-year-old Sam Cobb told the Wall Street Journal that in his opinion “they’re strangling the fun out of NASCAR.” In the past, the parking lot the night before a big race was full of raucous people drinking beer, a gathering he called the “largest concentration of rednecks in sport.” These days, he said, everybody’s in bed by 10 p.m.

When Sprint quit last fall after 13 years as a NASCAR sponsor, its replacement was Monster Beverage Corporation, whose Monster Energy drink is popular with millennials. And in a nod to what may be the shorter attention span of a digital generation, it has adopted a new format in which each race is split into three heats, or stages, giving viewers a bigger reason to stay glued to their screens — or their seats — for every lap.

Why has NASCAR suffered such an erosion of fans in recent years? One problem has been the lack of a mega-watt star: Dale Earnhardt Jr. suffered a concussion last year and had to sit out a big chunk of the season. Another reason, said NASCAR Chief Executive Brian France, is simple competition: everything from cricket to international soccer can be streamed on the average smartphone, and there is a lot of competition for viewers.

“There’s no magic pill for this one,” said Ed Rensi, a former NASCAR racing-team owner and longtime head of U.S. operations for McDonald’s Corp. “It’s about economics and demographics.”