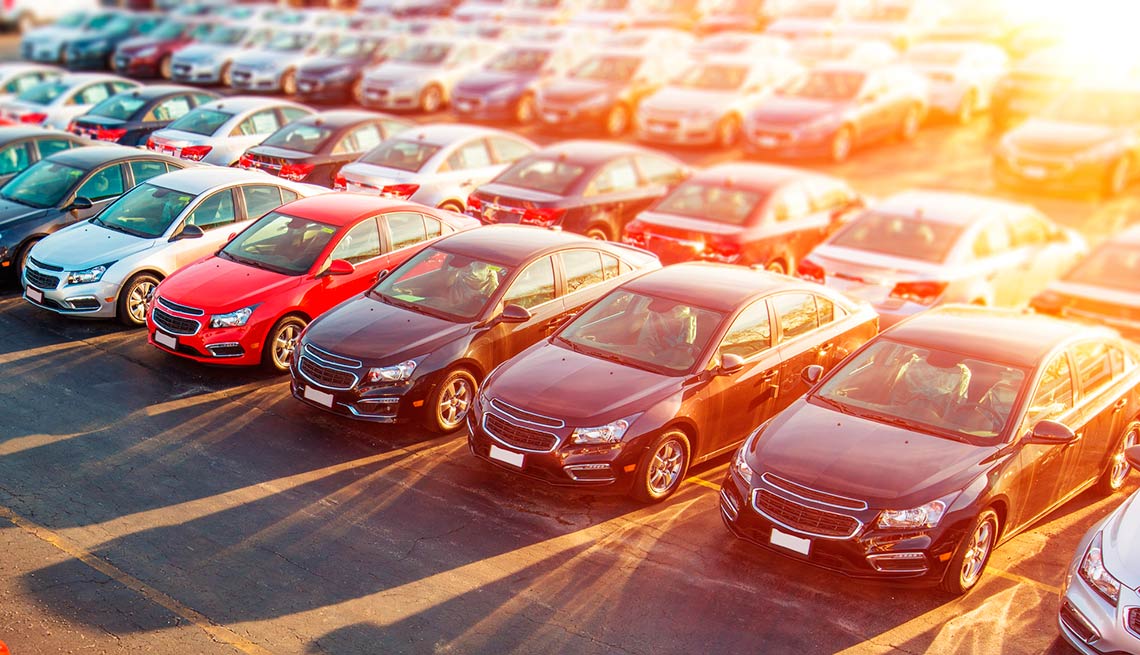 Owners of fuel-saving gasoline-electric hybrid cars and other alternative-power vehicles are bailing out at a record pace and trading them for SUVs in significant and growing numbers, according to Edmunds.com.

It's the result of several forces colliding: low fuel prices, conventional vehicles' improving fuel economy, hybrids' premium prices and an overall swing into compact SUVs and away from cars of all kinds, says Jessica Caldwell, senior analyst at Edmunds.com, an auto research and shopping site.

Save money and time with the AARP Auto Buying Program

Most hybrid buyers — about 52 percent — are 55 or older, according to Edmunds.com. "That's more than you'd expect," Caldwell says. In contrast, the 55-and-older group accounts for 44 percent of all new-vehicle sales, showing that older buyers have an unusually high interest in hybrids.

Taken together, the percentages show that mature buyers are more than willing to buy hybrids in the first place, and just as quick to dump them for small SUVs in the right circumstances.

Still, automakers have to keep plugging away on alternative-power vehicles as federal fuel-economy regulations get stricter. "I don't think [the hybrid market] will collapse, because automakers have put so much money into" developing cars that use less fuel, Caldwell says.

There's nothing inherently wrong with hybrids; rather, "This is an economics trend," she says.

Here's an example of the math from the government's fuel-economy site:

A Toyota Camry, best-selling car in the U.S., is rated 28 miles per gallon in combined city/highway driving with a four-cylinder gasoline engine. The same car with a gas-electric hybrid power train is rated 41 mpg.

Sounds good, but the government calculates that it would take 9.2 years to save enough on fuel to repay yourself the extra $3,700 or so you would spend to buy the hybrid version.

Caldwell figures that reversing the trend and sending buyers scurrying back into hybrids probably would require gas prices to reach a near-record average of $4 a gallon, "and it would have to stay there for three to six months." The record U.S. average is $4.11, set July 18, 2008, according to travel organization AAA.

Since then, fuel-economy ratings of conventional cars and SUVs have risen enough that "the tipping point might be $4.25 or more," says Jesse Toprak, CEO of Carhub.com, based in Beverly Hills, Calif. It's a site that'll use your personality, among other factors, to help you pick a new vehicle.

The government's fuel economy guide says the compact Honda Civic sedan, which is the second-best-selling car in the U.S., is rated 35 mpg in combined city/highway driving now, but hit only 29 mpg in 2008. The mpg rating has risen even though the Civic now is a bigger, slightly heavier and more powerful car than it was then, and could be expected to use more fuel because of those factors. Instead, its newer-design engine and transmission cut consumption.

In Toprak's view, the small SUVs that many people seem to be buying when they trade their hybrids not only are more practical because they have more passenger and cargo space than most hybrids, but also "have become fashionable, and that's a trend that would be hard to reverse at this point."

How close are we to Toprak's "tipping point" of going back to hybrids? Not even.

The average nationwide gasoline price in mid-June was $2.37 a gallon, ranging from a statewide average $2.19 in Virginia to $2.83 in California, according to AAA's daily fuel price report. Overall, prices are up in 2016, AAA says, but still some 40 cents per gallon less than a year ago.

A headwind for hybrids

Sales of Toyota's iconic Prius line of gas-electric hybrids, which accounts for most hybrid sales in the U.S., plunged nearly 25 percent in the period from January through May 2016 compared with the same period a year earlier, according to sales tracker Autodata. The automaker's Camry and Avalon hybrids were off even more.

It's not just Toyota. Sales of BMW's i8 exotic hybrid and its i3 electric are down, as are Ford's Fusion hybrid and its electric vehicle sibling, Fusion Energi. Hybrid versions of the Hyundai Sonata and Kia Optima sedans are well off their year-ago sales pace, Autodata shows. Even the hybrid version of Subaru's otherwise successful Crosstrek small SUV is not selling well lately despite buyers' general infatuation with small SUVs.

Meanwhile, overall new-vehicle sales in the U.S. were up nearly 9 percent January-through-May, vs. a year earlier.

Given all this, there is a silver lining for fans of hybrids: The harder hybrids are to sell, the bigger the discounts will be. Caldwell says, "There are a lot of deals on those vehicles."