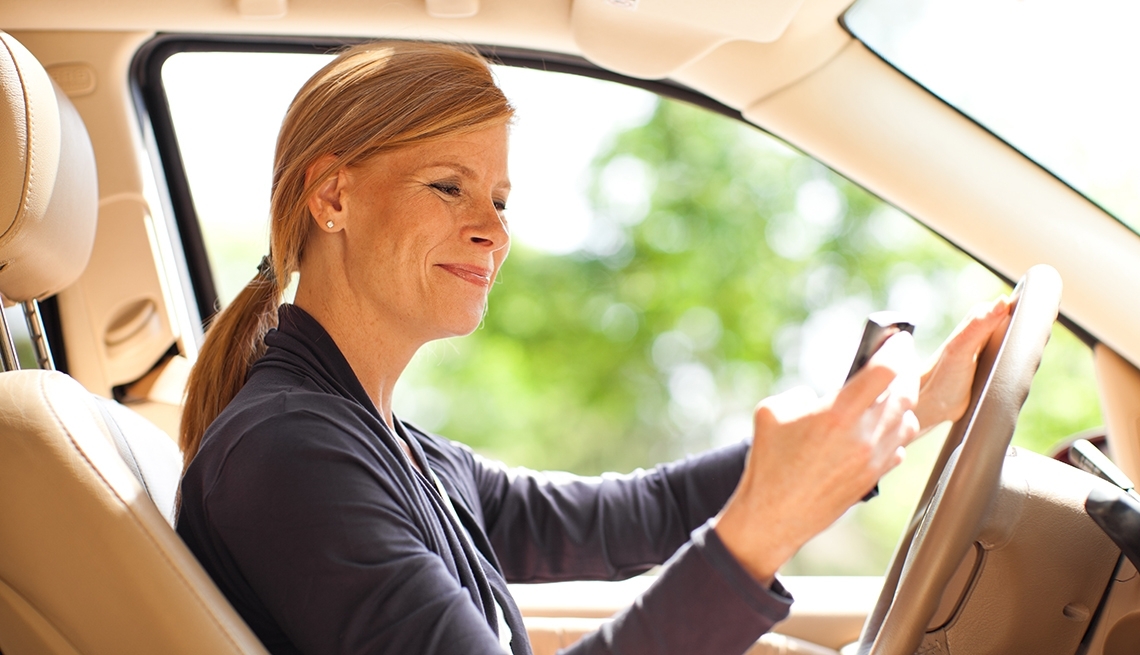 Poll finds that boomers are distracted by their cellphones.

As Americans prepare for summertime road trips, a new poll finds that more than one in five boomers (22 percent) acknowledge they struggle to focus while driving because of distractions such as talking with passengers, listening to music or adjusting the air-conditioning.

Distraction is a factor in 16 percent of all car accidents reported to police, including 10 percent of fatal crashes, according to a 2015 report by the National Highway Traffic Safety Administration. And while distractions might conjure up images of teens driving and texting simultaneously, 31 percent of distracted drivers in accidents are 50 or older.

A 2012 study, published in the journal Accident Analysis & Prevention, found that 39 percent of drivers in their 60s and 70s committed significantly more driving errors while being distracted by a conversation with a passenger or when talking on a cellphone. Oddly, 28 percent of older drivers performed better while distracted, perhaps because they slowed down and kept a steady speed to compensate.