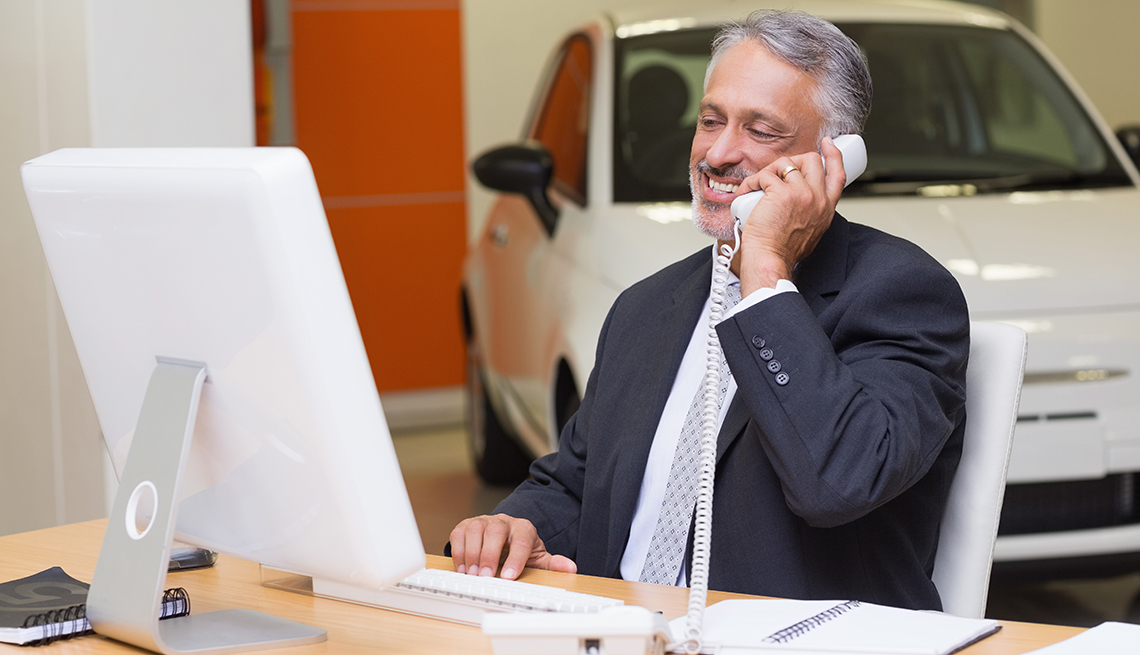 Yes, there is a way to avoid those pesky calls from auto dealer salespeople. Follow these tips and be in the know.

Why do you get multiple callbacks from auto salespeople when all you wanted to do was casually check out cars at the dealership and compare some prices?

Because they’re trying to make a living selling cars, and you may have been too free with your phone number or aren’t assertive enough about telling them you aren't interested.

“Car salespeople don’t like making calls any more than customers like getting them. But when it’s a matter of putting bread on the table, they make the calls,” says Jerry Thibeau, founder and CEO of Phone Ninjas, based in Charlotte, N.C., which trains salespeople to use callbacks effectively.

Thibeau says it takes about seven calls to each potential customer who visited a dealership in order to connect with him or her, and nine calls is even better.

“Salespeople don’t get paid by the phone call,” says Matt Jones, senior consumer advice editor at Edmunds.com, a car shopping and research site. “The reason for the callbacks is, the salesperson doesn’t know if you’re the person who doesn’t want to be called back or not.”

“You don’t want to be the salesperson whose customer says, ‘Hey, I went to the dealership and never got contacted, so I bought from somebody else,’ ” Jones says. “Sometimes it’s just that the [sales]person who seems most interested in your business actually gets your business."

Jones says the initial volley of phone calls is likely to come in the first three or four days after a potential customer visits the dealer. "At a dealership where I was, the goal was to reach that person 10 times over the first week or so. The data show that typically, from the first contact to purchase is five days,” he says. After that, it’s unlikely more callbacks will result in a sale.

Of course, shoppers are not required to give a salesperson contact information. If you decide to share, you can insist it be by text or email. That way, you still can find out from a good salesperson that the truck you like is about to go on sale at a lower price without a phone call.

Another idea: Set up an email account just for car shopping. “You know any email that goes there is from a car dealer, and you can ignore it if you want,” Jones says.

Or set up a Google Voice phone number and only give that one to salespeople. “That’s how I shop,” he says.

What is supposed to stop the calls dead, the salespeople say, is if you tell the salesperson you’re no longer interested or that you already bought from another dealership.

The same message should work via text or email, Jones says.

But Thibeau cautions that ignoring calls you know are follow-ups from salespeople doesn’t work.

"To a salesperson, voicemail means call again. You should pick up the phone and answer it. You should tell the person, ‘I’m no longer in the market for a car and please stop calling me,’ ” Thibeau says.

However, there’s always a “but." Once you give a salesperson your contact info, it gets entered into the dealer’s client relationship management (CRM) database.

Thus, you might get a call or email much later, if the salesperson thinks enough time has passed that you might now be interested in another vehicle. Or you never bought one the first go-round and the dealership thinks it has a sales pitch you might like.