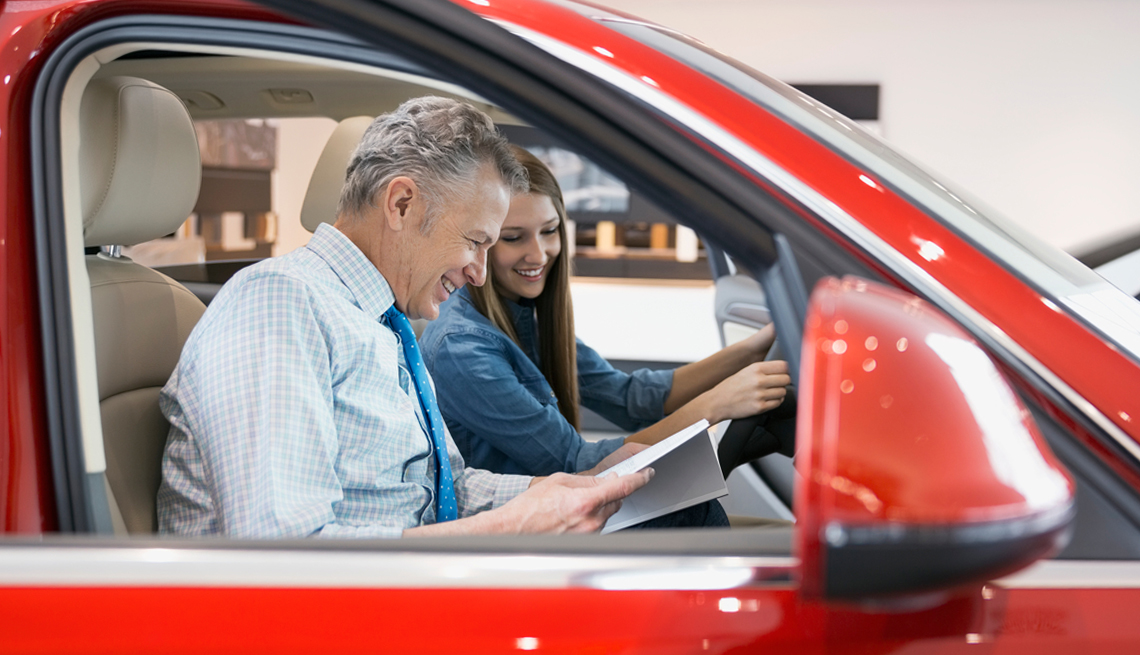 Industry factors make this a great time to uncover a good deal on a new car.

Need a new car? Go ahead, buy it now.

That’s not an invitation to impulse spending. It’s the advice, perhaps a bit oversimplified, from experts who study such things.

AARP Membership: Get exclusive information, benefits and discounts for just $16 a year

Why they say so: New-car inventories generally are swollen, so rebates are generous.

“If you’re a real deal-finder, go get yourself a leftover 2017. There’s a lot of inventory out there,” says Ian Beavis, chief strategy officer at auto consultant and marketing company AMCI Global.

But this year, that’ll be off. Edmunds forecasts 17.2 million.

And automakers can’t simply slam the brakes on production.

“In most cases a change in production can take up to six months to have any effect in market,” says Eric Lyman, vice president of industry insights at auto shopping and pricing service TrueCar.com, which powers AARP’s Auto Buying Program.

Consumers will see good deals through the end of the year, analysts say, just not on everything.

And if you want a luxury sedan, or any sedan, buy now. “The market’s shifted to SUVs, so there are a lot of deals on sedans,” says AMCI Global’s Beavis.

Among sedans, best deals are likely on “a model that’s changing dramatically in the next model year. There’s a new [2018] Honda Accord, so you’d get a good deal on the previous [2017] model. Same on the Toyota Camry,” says Sam Fiorani, vice president of global forecasting at researcher and consultant AutoForecast Solutions.

Data from Edmunds show automakers spent an average $3,498 on incentives in September, per vehicle sold. That’s up 21 percent from a year earlier, and the new peak.

The average price is before rebates are applied because those vary, often are regional and depend on whether dealers agree to take part in the promotion. And the price excludes fees such as taxes and registration.

Other types of new-car sales incentives, and how they fit into the picture:

Cheap loans: How can you turn down free money? At least, that’s what it almost seems like when you see those big zero percent interest signs and ads.

But zero percent — usually offered instead of a direct cash rebate — could be losing its allure.

“We hear from dealers that outside financing is so cheap that the zero percent from automakers isn’t as big now. They [buyers] can go to their credit unions,” says Jessica Caldwell, executive director of industry analysis at auto researcher Edmunds. Right now some outside financing includes near 0 percent loans, and you can still take the cash back option from the automaker.

Just as not all new vehicles have fat rebates, so not all auto loans have low interest rates. Rate-tracker Bankrate.com says new-car loans averaged roughly 4.2 percent to 4.3 percent in September. That’s for 48- and 60-month loans.

Rates zip higher on the longer loans many buyers use to reduce their payments.

Credit union Penfed, for example, has been offering 36-month car loans at 1.49 percent, but gets 3.84 percent for 84-month loans.

Cheap leases: Those often-advertised sub-$200 monthly lease payments can depend on money the automaker is throwing into the pot to artificially lower the monthly payment.

It’s less obvious than the cash-back or low-interest loan deals.

The car company can spend the incentive money by offering lower monthly payments than the math would suggest, or by reducing the “due at signing” amount, similar to a down payment in a purchase.

To get an idea of what’s typical, an Edmunds survey showed “due at signing” amounts ranging from $1,699 (Chevrolet Equinox) to $3,343 (Mitsubishi Mirage) on 2017-model vehicles advertising lease payments of $199 or less in August.

Good lease deals can dry up if car companies reduce lease incentives, and Beavis says there’s some evidence that automakers “have been pulling back on leasing,” in favor of “very good APR [loan interest] and cash rebates.”

While discounts are tempting, remember the larger financial picture. Lyman says people should “buy when they need a new vehicle and not try to time the market. The variance in final purchase price between the ‘best’ day to buy a vehicle and the ‘worst’ is negligible when you consider the total cost of owning and operating a vehicle.”