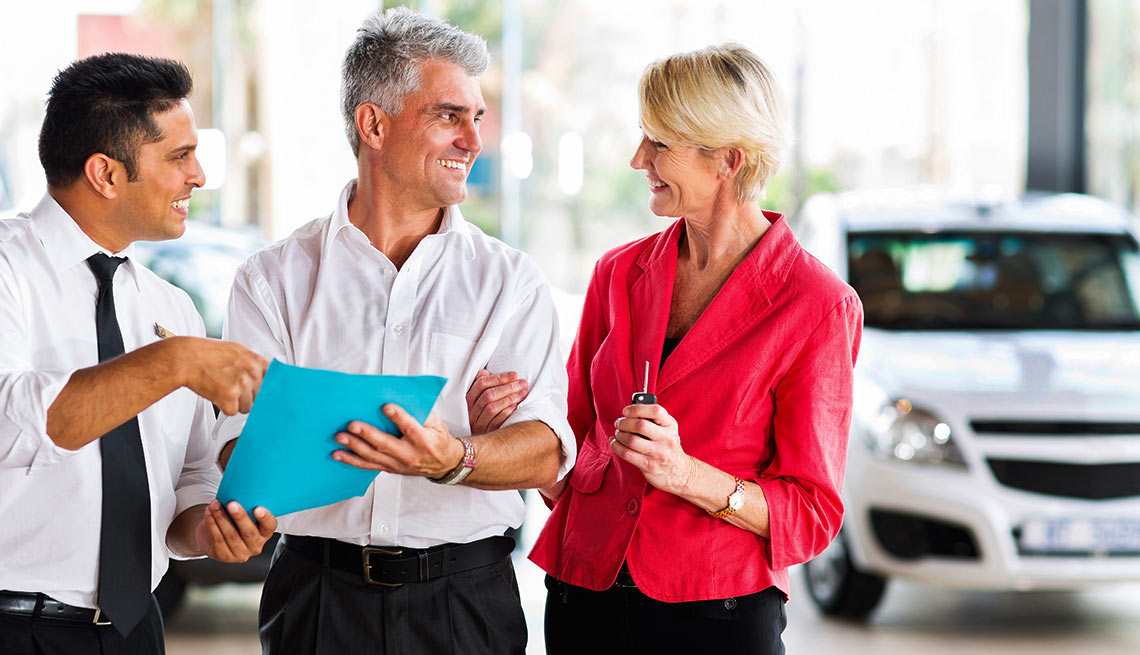 Best ways to finance a car purchase today — or not

Car sales are hot. In 2015, auto companies sold 17.47 million new cars and trucks in the U.S., topping the previous high mark of 17.41 million vehicles in 2000, according to Autodata, a sales-tracking and information company.

Nearly 90 percent of those sales involved financing — both loans and leases — according to data from Experian, a consultant and credit-rating firm. It's no wonder, then, that car companies emphasize offers that make borrowing or leasing cheaper and easier.

But is it really cheaper? Edmunds.com, a research and auto-shopping site, warns: "This monthly payment mentality is making car buyers lose track of the bigger picture: the total cost of the car and the length of time it will take to pay it off."

Each method has advantages and disadvantages. Here's what to consider.

Edmunds.com data show that car companies are cutting back the allowable number of miles per year on leases, from an average 13,065 in 2005 to 9,531 today. Automakers hope to boost the used-car values of cars turned in at the end of leases. That would help protect automakers from big losses on off-lease cars if the used-car market collapses. And it helps support the value of a companies' used cars generally, and that can, in turn, lower the lease payments paid by consumers.

Pay cash. The new car's all yours, immediately.

"If you have cash — an adequate emergency fund, and you're saving enough for retirement — go ahead and buy the car for cash," says Michelle Singletary, a Washington Post syndicated personal-finance columnist and author.

"We have gotten to the point in this country that we're afraid to spend cash — that loans are better. Why are we so afraid to spend the cash we've saved for our new car?" wonders Singletary, who still drives a 2006 Honda she bought new with cash.

Pay cash, and you don't have to figure payments into your budget. And because you're beholden to nobody, you can keep the vehicle as long as you like, run up as many or as few miles you want, and trade or sell whenever you wish.

But you're also on the hook for repairs and maintenance once the warranty and any free-maintenance deals expire. And, most expensive, you have to swallow the loss in value as the car ages.

"You're driving a depreciating asset," emphasizes Jesse Toprak, head of auto-industry consultant Toprak Consulting Group. He says some buyers are too casual about depreciation because they aren't faced with the cost of it until it's time to trade or sell.

The fast fall in value can be surprising. Once you've owned a new car for three years, it's worth barely half of its original manufacturer's suggested retail price (MSRP).

There are catches to these sweet deals, of course. First, you must use the automaker's lender. More important, you must be a "qualified buyer." Translation: You need tip-top credit, often in the "super-prime" category, which means a score near the top of the credit rating scales.

"Not a whole bunch of people qualify," Singletary notes.

Indeed, despite all those enticing offers, Edmunds.com data show the average interest rate on a new-car loan has drifted up during the past year, to 4.63 percent. This suggests that most borrowers have to settle for higher interest rates.

Your monthly payment will vary greatly depending on the interest rate offered, as will the amount of interest paid per year. But even if you qualify for one of the zero percent deals, Singletary warns buyers not to expand beyond their budgets.

"You go in with a certain amount, and then you say, 'Oh, zero percent! I can get a bigger car'," and you spend more than intended, she says.

Lease. Lease payments generally are lower than loan payments because you're paying to use the car, not own it. At the end of your lease, you can buy the car or renegotiate a new lease and rotate into a car with up-to-date safety and connectivity technology.

One upside: Assuming typical three-year lease deals and the common three-year new-car warranties, your car never is out of warranty. A downside: When you lease, you lock yourself into perpetual car payments. "A hamster wheel," Singletary calls it.

You can find "zero dollars due at signing" offers, but typically, there's a fairly stiff amount paid upfront, though it's usually less than a purchase down payment. There can be a "turn in" fee, as well, when you bring back the car at the end of your lease.

Leases typically run for two to three years and cap the number of miles you can drive a car each year — typically at 10,000 or 15,000 miles annually. Those limits are trending down, however, as automakers know a low-mileage, three-year-old car is worth more than a high-mileage car.

Last year, leases accounted for 29 percent of new-vehicle sales transactions, according to Caldwell. "We're seeing people more interested in leasing because they don't want to be tied to the car for a long time, and they like a new vehicle with all the new features every three years."

Is that generational? Perhaps. She says indifference toward ownership is true "especially among millennials. They like leasing because there's no commitment and no upkeep."