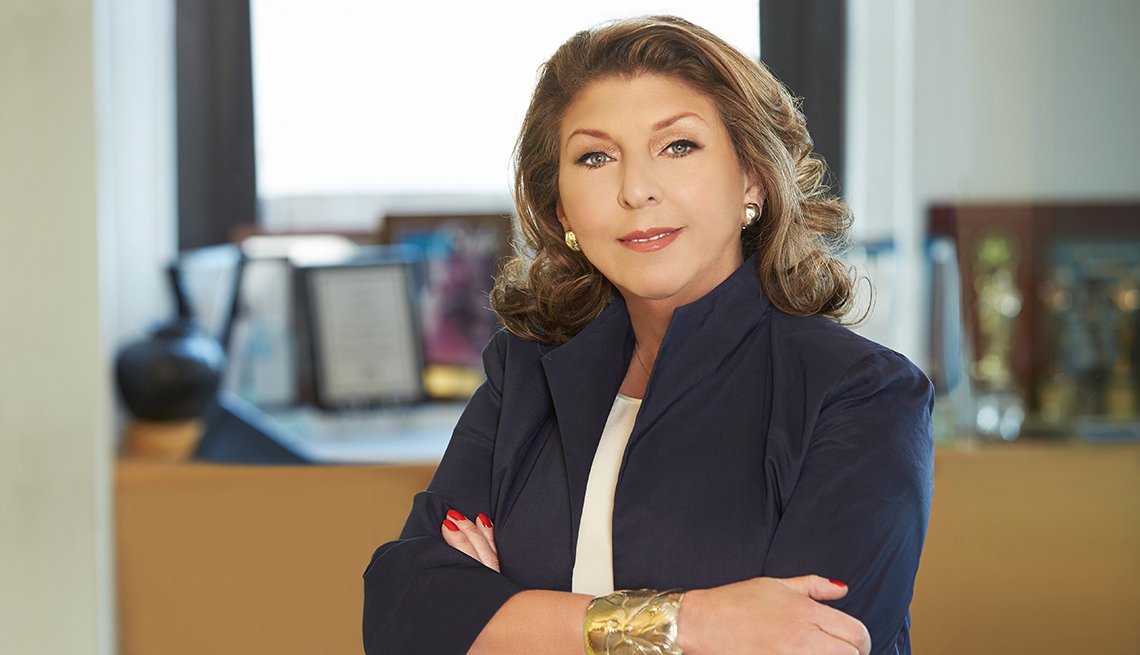 It was six years ago that Daisy Expósito-Ulla, Chairman/CEO of d expósito & Partners, gained AARP as a client. "I love the mission of AARP," she notes. "When I look at the growing Latino community in particular, I can see that they truly need the services and the advocacy of AARP. Parallel to this, I realized I was turning into an example of AARP’s Life Reimagined at the time that I began my firm. I was at the peak of my career, I could have kept going on in the Madison Avenue marketing world fast track, but I took a step back and said, ‘Now what do I really want to do for the rest of my life?’ I realized I wanted to own my own business!”

Expósito-Ulla sees herself as a U.S. marketing expert first, and second as someone who can engage the U.S. Hispanic community unlike anyone else. Her career goes back to Conill Advertising, a pioneer ad agency for Hispanic Americans, and then to PBS, where she joined as an associate producer. But her meteoric rise took place at Young & Rubicam, a leading global advertising agency. By the age of 29, she became vice-president of Y&R in New York, and later the chairman and CEO of The Bravo Group within Y&R, which had over $500 million in annual billings. Being at the helm of the largest Hispanic ad group in U.S. history, she spearheaded work on major contracts for AT&T, Kraft, General Foods and Advil, among others.

Some time after Y&R went public and was acquired by WPP in 1999, she decided to make a transition. In 2005, she took a year off and travelled with her father, who was struggling with Alzheimer's, to his native homeland of Cuba for the first time since they had left the country over 40 years earlier. “He had instilled important values in me and a strong sense of pride in your work,” she says of her late father.

During that time, a few of her former colleagues started an agency and pulled her back into marketing. She and her husband, Jorge Ulla, an award-winning filmmaker who also works in advertising, decided to acquire a majority interest in the firm. They were fortunate to have contracts with McDonald's, and a pharmaceutical and a calling card company right out of the gate. "We all worked long hours, had the passion and believed in what we were doing," she said. Their vision was also to build a company in which everyone benefited financially. As a result they felt it was important to share equity with the team. Currently, d expósito & Partners has around 40 employees. In 2015, they won the Advertising Educational Foundation’s Agency of the Year award. The award was not only for their contribution as an agency to the Latino community, but also for their contributions to the evolution of American advertising at large — something of which the agency is quite proud.

Looking back, Expósito says there was a time when marketing was distinct, and a bit like the hit television series Mad Men, when people wore suits and bow ties and it had a corporate feel. "The communications field was by no means considered a Wall Street play then." Even though women were not prominent in key advertising positions, Madison Avenue, the hub for the world's top ad agencies, had an incredible allure to her. When she first began working in this arena, she felt, "Oh my God, I've arrived!" It was all about creativity, strategy and ideas. Yet multicultural advertising was nearly invisible at the time, while today it has become front and center for marketers with nearly 40 percent of the country comprised of minorities.

Today, most marketing agencies are publicly traded rather than privately held, a shift that mostly took place in the 1990's. The advantage of being a privately-held company, she says, is that there is "No red tape, fewer layers and ‘the buck stops here’ approach. As a result, our clients benefit from having a more nimble and focused organization as their partner."

As a trusted and valued client, AARP has helped her build her agency’s footprint. This relationship has resulted in d expósito & Partners’ ability to expand their client marketing and public relations capabilities. "As a result of our partnership, we have grown our company and become a better organization." As for Hispanic marketing, she said that AARP is a trendsetter as it dives deep into learning about the needs and wants of the Hispanic 50-plus market and the multicultural segments at large. Reflecting on her firm’s leading role in multicultural marketing, she notes, "We feel an enormous sense of obligation to our elders in the Hispanic community. AARP offers solutions to that sense of obligation. It offers help, support and guidance regarding health care, caregiving and financial services. We call it SALUD, DINERO and AMOR. And although AARP may be perceived by some as being a retired person's organization, it really is not at all services for the 50+ segment.  It is for people who are very much alive — for people who are looking for real possibilities, at this stage, to make life as fulfilling as it can be!”

As she reflects on her prolific career, she notes that her passion and commitment to what she does are what have allowed her to keep making a mark in U.S. communications. Her former boss, U.S. ambassador to Canada and former CEO of Young & Rubicam, Ed Ney, referred to her as “the most important Madison Avenue success story of a woman not born in the United States.” Of d expósito, Daisy says, "We have the talent and the intelligence, and we demonstrate that we can do things even better, beyond language and in any language.” With countless creative, industry and community awards, she describes herself this way: “I'm a marketer, but in reality I'm very much an activist. Because I look at how we can support people, make their lives a bit easier, and, more importantly, I care about giving people a voice.”